The Appetite for 'Dim Sum' Bonds is Beginning to Wane 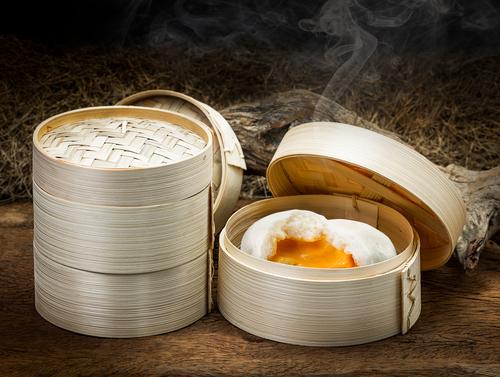 The offshore renminbi bond market has boomed since the Chinese authorities first allowed domestic banks to issue them in Hong Kong in June 2007. But appetite for the paper — popularly known as ‘dim sum bonds’ — is starting to wane as access to onshore markets becomes easier. To stay relevant, the dim sum market must develop further.

Since 2007, the PRC has gradually expanded the range of companies that are allowed to issue dim sum bonds. In 2010, it gave foreign issuers the nod to sell them. Renminbi-denominated bonds have also been issued in other jurisdictions such as Singapore, but Hong Kong remains by far the largest market.

These developments saw issuance of these bonds — excluding certificates of deposit — soar from CNY10 billion (US$1.6 billion) in 2010 to CNY127 billion (US$20.7 billion) in 2013. While the bulk of sales still come from banks based in the PRC, issuance from other economies has grown. Recently, Chinese real estate companies have also been tapping the market.

Initial enthusiasm for dim sum bonds was strong because of the growing pool of offshore renminbi liquidity. The internationalisation of the renminbi saw a growing share of the PRC’s trade paid in renminbi. However, while imports are increasingly settled in renminbi, exports are still settled mostly in US dollars. This resulted in the accumulation of renminbi deposits offshore as there have been limited channels for investing in the onshore market. Total renminbi deposits in Hong Kong amounted to CNY860 billion (US$140 billion) while there were only CNY365 billion (US$59.6 billion) of outstanding dim sum bonds at the end of 2013. There has also been high demand for renminbi investments due to the expected appreciation of the Chinese currency.

But the dim sum market may be under threat; investors are gaining greater access to the PRC’s onshore markets. The Renminbi Qualified Foreign Institutional Investor (RQFII) scheme permits Hong Kong-based financial institutions to invest directly in onshore financial assets using renminbi obtained from the offshore market. The RQFII quota has grown to CNY257 billion (US$42 billion) in 2014. The Qualified Foreign Institutional Investor quota also allows institutions globally to invest in the Chinese onshore market, up to a total of CNY360 billion (US$58 billion). Combined, the quotas are now bigger than the dim sum market.

In a separate but related move to ease direct investment in onshore markets, the PRC recently announced plans for a direct trading link between Hong Kong and the PRC. The Hong Kong–Shanghai Stock Connect will allow international investors to purchase A shares (shares traded on the Shanghai and Shenzhen stock exchanges) via Hong Kong and allow mainland Chinese investors to access H shares (shares of mainland Chinese companies that are traded on the Hong Kong stock exchange) listed in Special Administrative Region.

To maintain its relevance then, the dim sum market will have to evolve and address several key constraints.

First, it has to attract foreign issuers. Currently, the dim sum market is seen as a venue for low-cost fundraising by Chinese companies. While the dim sum market has grown substantially, 73 per cent of dim sum bond sales in 2013 were by PRC- and Hong Kong-based firms attracted by the lowest yields they can pay compared with onshore issuance. This may now become less of a pull, given the narrowing in yield differentials this year coupled with the renminbi no longer seen as a one-way bet on appreciation.

Dim sum bonds are also limited in terms of maturity as most bonds are short-term bonds. There has been a gradual lengthening of the maturity profile over time but there is a distinct shortage of longer-term papers. Without these long-term bonds it will be hard to attract interest from institutional investors and fund managers.

Finally, there will have to be larger supply of higher-quality dim sum bonds. The closest risk-free assets currently available are the dim sum bonds issued by the PRC government. But as issuances occur only once a year, there is a limited supply. By contrast, most outstanding dim sum bonds are of low quality, with only 20 per cent rated investment grade. More high-quality issuances would help in attracting a broader group of investors, such as pension funds, which usually only invest in investment grade securities.

If the dim sum market is to continue as a viable investment alternative, it will have to transform itself, and quickly.