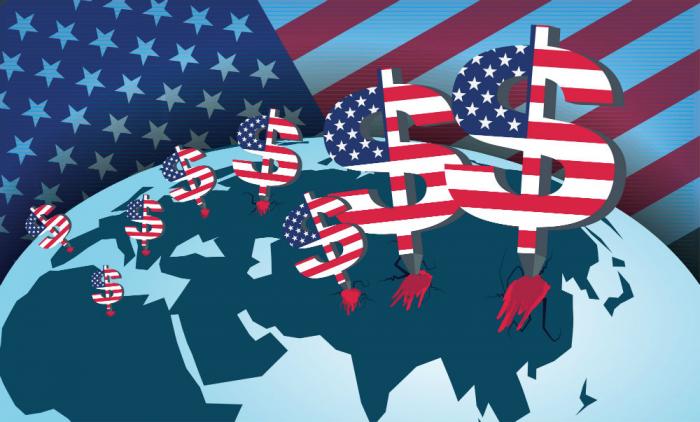 The South African Reserve Bank’s latest Quarterly Bulletin confirms that foreign corporations are milking South Africa. They are drawing away profits far faster than they are reinvesting or than local firms bring home offsetting profits from abroad. Can anything be done to stop the hemorrhaging?

First, the appalling numbers. The country’s current account deficit fell to a dangerous -5% of gross domestic product (GDP) because the “balance of payments” (mainly profit outflows) suffered rapid decay. The other component of the current account, the trade deficit (imports minus exports) is trivial in comparison.

The net outflow paid to owners of foreign capital reached R174 billion (about US$11.9 billion at current rates) in the first quarter of 2016 (measured on an annualised basis), 30% higher than the equivalent 2015 level. The quarter’s trade deficit was just R38 billion.

Another destructive signal is foreign debt. Because repatriating profits must be done with hard currency (not rands), South Africa’s external debt has soared to about R2 trillion (39% of GDP), from less than R100 billion (16% of GDP) in 1994.

The metabolism of destructive economics is quickening. Since the commodity slump began in 2011, South Africa’s income has been squeezed out ever faster, especially by transnational mining and smelting corporations, including Lonmin, Anglo American and Glencore. Anglo American and Glencore lost three quarters of their share value in 2015 alone, and Lonmin was down 99% in value from its 2011 peak to 2015 trough. 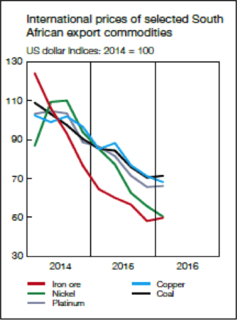 Thus more desperate to please their furious foreign shareholders, such firms have recently been exporting profits more rapidly in comparison with the overseas-generated profits that local corporations pay to local shareholders. (The ratio is about two to one.)

Political commmentator Moeletsi Mbeki once joked that “big companies taking their capital out of South Africa are a bigger threat to economic freedom than [Economic Freedom Fighters leader] Julius Malema.”

At the time when neoliberalism was on the ascendancy as an ideology, it became fashionable to allow companies to migrate and list in the stock exchanges of developed economies.

Exchange control liberalisation began in 1995 with the Financial Rand’s abolition. The process was sped up thanks to permission granted in 1999-2000 by Finance Minister Trevor Manuel and Reserve Bank Governor Tito Mboweni, allowing the country’s largest firms to delist from the Johannesburg Stock Exchange. This allowed them to shift profit and dividend flows abroad.

Since 1994, exchange controls have been relaxed on dozens of occasions. In early 2015, for example, then Finance Minister Nhlanhla Nene allowed the wealthy to take R10 million offshore annually, a 2.5 times rise over prior years.

Meanwhile, institutional investors – representing the savings, pension funds and insurance accounts of the mass of small investors – are compelled to keep 75% of their assets in local investments. Thank goodness. By all accounts, such controls prevented the 2008 world crisis from melting South Africa’s finances. However, the big institutions have avoided reinvestment here.

The corporate outflow is all the more frustrating because of a local “capital strike”. According to the Reserve Bank, corporate fixed investment is down nearly 7% in recent months, at a time government investment is also down 12%.

This trend isn’t peculiar to South Africa. The worsening world economic slump has limited new “greenfield investment” in many places, according to the United Nations.

The only major new fixed investment in South Africa is coming from parastatals: Eskom’s over-priced and ecologically destructive Medupi and Kusile coal-fired power plants. Even more dubious Transnet mega-projects lie ahead: the export of 18 billion tonnes of coal through Richards Bay and the eightfold increase in South Durban’s port-petrochemical capacity.

However, even worse, some of the same firms removed from South Africa an additional R330 billion offshore annually as “illicit financial flows” through tax-dodging techniques from 2004-13, according to the Washington NGO Global Financial Integrity.

Several spectacular local cases have been documented in recent years: misinvoicing by the biggest platinum companies, especially Lonmin with its Bermuda “marketing” arm, De Beers with its R45 billion in misinvoicing over seven years, and MTN Mauritius profit diversions from several African countries.

Notwithstanding a recent get-tough South African Revenue Service announcement following the Panama Papers’ jolt, the authorities’ inability to uncover such crime, prosecute it and put criminals in jail is no secret.

More than two-thirds of 232 South African respondents in a PricewaterhouseCoopers 2016 Global Economic Crime Survey believe Pretoria lacks the regulatory will or capacity to deal with the miscreants, in the country that continues to lead the world in corporate corruption.

The only short-term solution is a radical tightening of exchange controls against corporations and wealthy individuals, much as John Maynard Keynes advised more than 80 years ago.

The whole management of the domestic economy depends upon being free to have the appropriate interest rate without reference to the rates prevailing in the rest of the world. Capital controls is a corollary to this.

Tightened exchange controls would compel profits made locally to circulate locally. This would solve the balance of payments crisis and in the process allow for lower local interest rates by halting the resulting capital flight. Exchange controls have been advocated by Malema’s Economic Freedom Fighters, the metalworkers’ union and some academics. However, a highly adverse balance of forces has made the policy demand impossible to win in practice.

However, last week’s news of the extremely adverse balance of payments may force the issue before long, unless corporates and ratings agencies continue wielding their destructive power over the supine South African state.