Summer goes On, but not the Market Doldrums 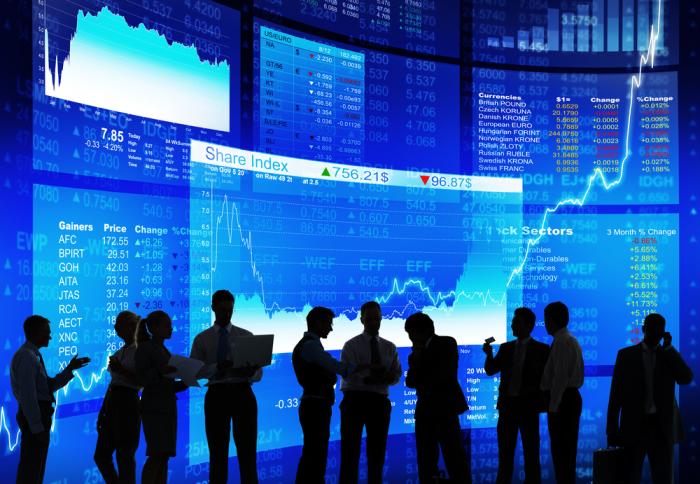 The tone of her remarks suggested scope only one hike this year, not the two that the Fed dot plots pointed to in June.  However, Fischer quickly and explicitly noted that nothing Yellen said ruled out a September move of two moves this year for that matter.  Essentially, he was simply explaining that Yellen was not revealing a change in the Fed's stance.  After whipsawing, the dollar rallied, and the odds of a September rate hike finished near 40% compared with 32% the previous day and 22% at the end of last week.

As we get into September, the summer lull will surely end.  The US employment data and UK PMIs are the highlights for next week, but the BOJ and ECB are in play this month.  OPEC and non-OPEC nations will meet and the prospects of a freeze appear to have increased (though we are still skeptical).  In Spain, after two elections and another two months of negotiations, Rajoy will seek a confidence vote next week.

Italy's tragic earthquake may allow greater fiscal flexibility for Renzi just in time for the 2016 draft budget and the constitutional referendum (November).  Germany will hold two state elections in September that some will see as a litmus test of public support for Merkel. Without the UK playing obstructionist, the European Summit may lead to greater defense and security integration.  The G20 meeting is unlikely to resolve much, but it will be a showcase for China.

Polls for the US election traditionally become more relevant after Labor Day.  The polls in the swing states still make it unlikely that Trump can secure sufficient Electoral College votes to win. Indeed, as we suggested a month ago, it may be more helpful to think about the implications of the Democrat Party winning a majority of the Senate and, possibly the House, than about a portfolio for a Trump presidency.

For eight sessions, the Dollar Index has bounced between 94.00 and a little 95.00, where the 100-day moving average is found. Our bias is for an eventual upside break.  The RSI is soft but sideways, while the MACDs appear poised to turn higher.

The euro recorded outside day down day before the weekend though the previous day's range was exceptionally narrow (4/10 of a penny).   The technical condition is broadly similar to the Dollar Index in reverse.  The RSI is firm but neutral.  The MACDs are set to cross lower, and the slow Stochastics have turned lower.   The euro closed below the trendline off the late-July and August lows (~$1.1240) and the 100-day moving average (~$1.1225).  It needs to be sold through $1.1180-$1.12 to boost confidence that a high is in place.

Although key support near JPY100 was frayed, the dollar managed to hold above it for the last three sessions.  The technical signals are improving.  The RSI is slowly moving higher, and the MACDs have turned up, as have the slow Stochastics.  The dollar closed above the JPY101 area where a retracement objective and the 20-day moving average converge.  The next barrier is in the JPY102.00-JPY102.60 band.  A campaign through JPY103 would negate the potential head and shoulders potential continuation pattern we previously identified.

Sterling advanced last week but was stymied by a trendline which marks the top of a consolidation pattern sterling has been in since the referendum.  The trendline can be drawn off June 27, mid-July and early-August highs.  It was found near $1.3280 before the weekend, corresponding to the 50-day moving average.  The trendline is around $1.3245 at the end of next week.

Some technicians also are drawing a trendline off the July 6 low (~$1.28) and the mid-August low (~$1.2865), to form a potential triangle or pennant pattern.  Both are traditionally continuation patterns.  The RSI is rolling over, but the MACDs have not turned.  The fast Stochastics have turned down, but the slower Stochastics have not quite made the turn yet.

Sterling looks better against the euro.  The euro snapped a five-week advance against sterling, falling about 1.5%.  The losses were sufficient to push the five-day moving average below the 20-day average for the first time since the start of the month.  Although the euro had made new cyclical highs against sterling this month, the RSI and MACDs failed to confirm it; thus leaving a bearish divergence in the wake.  Key support is seen near GBP0.8480.

The US dollar finished at two-week highs against the Canadian dollar to kiss the 20- and 50-day moving averages (~CAD1.2985 and ~CAD1.2995).  Oil snapped a three-week advance and the probability of a Fed hike increased.  The US two-year premium over Canada stands is the largest since the middle of June.  A move above CAD1.3030 could spur a move to CAD1.3100 trendline off the late-July and early-August highs, on the way toward CAD1.3200.

The Australian dollar posted an outside down day.  It transversed the six-day range in about six hours before the weekend.  It also took out the shelf near $0.7580.  The five-day moving average has pushed through the 20-day moving average for the first time since the start of the month.  The RSI, MACDs, and Stochastics are grinding lower.  A break of the shelf would spur a test on the trendline off the late-May and late-July lows. It is found near $0.7560 at the start of the week and rises about five ticks a day.    A loss of the trendline would be suggestive that a top of some import is in place.  A move toward $0.7380-$0.7450 would still be the realm of a correction.

Ideas that OPEC and (some) non-OPEC countries can reach an output agreement next month lifted black gold, crude oil from around $40 a barrel at the beginning of the month to a little more than $49 a barrel recently, basis the October light sweet futures contract.  News that Iran's minister will attend the meetings also helped capture the imaginations.  The first weekly loss in four weeks seemed to be a function of profit-taking, the build in US inventories, and the firmer greenback.  Initial support is seen by $46.40.  A break could $45.80 and, perhaps, even $44.50.  The proximate cap is seen near $48.25.

The US 10-year yield spent the better part of August churning between 1.50% and 1.60%.  It set its highest close since the day after the UK voted in late-June.  The 1.63%-1.64% is the next immediate hurdle, but yields fell so quickly there is little to hang one's hat on until 1.70%-1.75%.   We had identified the 131-19 area basis the September futures contract as important support.  The contract fell within a tick of it before the weekend.  A break gives 131-00, which is corresponds to a 50% retracement of the gains since the end of March, and possibly 130-22, the post-referendum low.

Friday was cruel to the S&P 500.  It posted an outside down day to close at its lowest level in three weeks.  The five-day moving average slipped below the 20-day moving average for the first time since early-July.  The technical tone, as we have noted, has been deteriorating.  The MACDs, for example, have been trending lower for over a month.  The slow Stochastics are also trending lower.