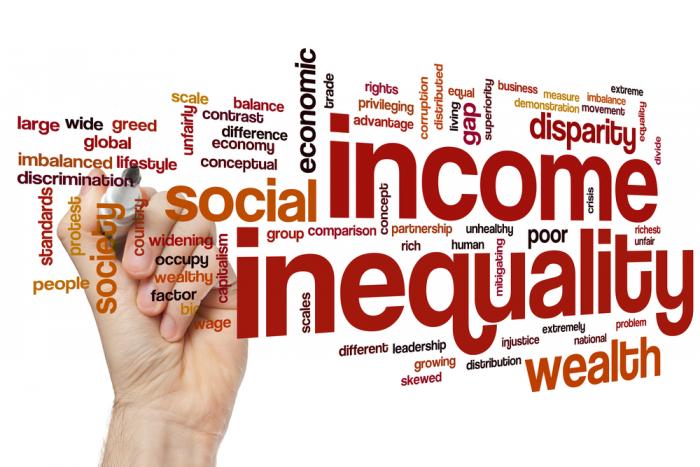 Just a few decades ago, South Korea was seen as a model for achieving both growth and equity. In the past half-century, South Korea has gone from being one of the poorest societies in the world to an advanced industrialised economy, joining the OECD in 1996. The country’s rapid industrialisation and export-led development are often cited as an example of ‘compressed growth and transformation’ in the developing world.

During the industrialisation process, to meet the economies of scale and capital requirements for heavy and chemical industries, the government promoted the large conglomerates that came to be known as chaebols, which operate many business lines simultaneously and are often controlled by a single owner or family.

From the late 1990s, South Korea’s high-growth model began to show some serious shortcomings, such as a ‘too big to fail’ business culture and symptoms of high cost and low efficiency due to highly leveraged business expansion, especially by chaebols.

South Korea’s high growth in the 1980s was accompanied by rather equitable income distribution but has since been unable to return to the equitable distribution levels last seen in the early 1990s.

Due to the worsening income distribution and rising unemployment among young job seekers, South Korea posted its highest ever youth unemployment rate of 12.5 percent early this year. Young people complain that South Korean society has reverted to the premodern Chosun era, a time when rigid social stratification determined the course of one’s life.

‘Hell Chosun’ became a self-scorning buzz phrase online as it seemed no matter how hard people try, they remain stuck at the bottom of the social ladder. The self-disparaging terminology underscores the depth of young people’s resentment and frustration at being jobless.

A main source of rising income inequality in South Korea is an acute dichotomy between large conglomerates (LCs) and small- and medium-sized enterprises (SMEs) in terms of size, productivity, salaries and the composition of regular versus non-regular workers. South Korea’s SMEs, relative to LCs, suffer from low productivity and low salaries and are dominated by non-regular workers.

Because of rapid chaebol-led industrialisation, South Korea’s SMEs, ranging from self-employed and family-based micro-businesses to medium-sized firms and near-large enterprises, became multilayered, technologically outdated and domestic-oriented. The low productivity of SMEs contributes to a wide salary gap between SMEs and LCs.

South Korea’s SMEs have also not been on an equal footing with LCs in setting transaction prices and costs. Both the informality and duality of the labour market impede access to well-paid and secure jobs.

South Korea was seriously impacted by the Asian financial crisis and the current global economic downturn. It has experienced a systematic economic slowdown, with an average growth rate of about 3 percent per annum between 2008 and 2015.

This prolonged and unprecedented stagnation has worsened the gap between big businesses and SMEs, urban and rural communities and regular and non-regular workers, resulting in a shrinking middle-income bracket and increasingly acute income polarisation.

Given the global new normal, characterised by slow growth, low employment and subsequent income polarisation, the leaders of major economies, advanced and developing, have started to discuss policy priorities for inclusive growth. Social and economic inclusion lies at the heart of the World Bank’s goals to eliminate poverty and boost shared prosperity.

The widening gap between rich and poor poses dangers in both developed and developing countries suffering from prolonged stagnation. The terms ‘warm capitalism’ and ‘inclusive growth’ have dominated recent meetings of the World Economic Forum in Davos, Switzerland. They have also been the focus of major IMF and OECD research reports.

To revive economic recovery, many countries have been mobilising both macro-fiscal and monetary policies. Typical examples are quantitative easing, zero interest rates and the early implementation of fiscal stimulus to boost economies and encourage domestic consumption.

US presidential candidate Hillary Clinton champions ‘inclusive capitalism and prosperity’. Former US Treasury Secretary Lawrence Summers, who joined Clinton’s team of policy advisors, pitched market-oriented inclusive capitalism. Summers warned that unless there is serious government intervention, inequality and a lack of financial resources among those in the bottom half of the population will result in insufficient aggregate demand and a slowdown in GDP.

In 2014, global entrepreneurs from more than 250 major companies joined hands with political and opinion leaders from 37 countries to spread the idea of inclusive growth at the Conference on Inclusive Capitalism, held in London.

At the conference, IMF Managing Director Christine Lagarde stressed that inequality would hamper growth and sustainability. The OECD also maintains that as inequality and poverty have worsened since the global financial meltdown of 2008, only inclusive growth can ensure sustainable global economic growth.

The business concepts of self-restraint and sharing are catching on fast worldwide. Notably, a new business discipline has emerged at Harvard Business School that embraces the idea of ‘creating shared value’ beyond ‘corporate social responsibility towards inclusive and sustainable growth’.

In line with the concept of creating shared value, South Korea has started fostering a symbiotic business ecosystem in which LCs and SMEs can pursue mutual growth, deviating from diehard zero-sum game practices between them during the high growth period.

For this purpose, Korea Commission for Corporate Partnership (KCCP) was established five years ago to nurture synergistic partnerships between SMEs and LCs. The KCCP is a purely private entity for social dialogue to encourage positive-sum collaborations by lessening information asymmetries between them.

The two financial crises taught South Korea the lesson that prolonged low growth can lead to higher unemployment and worsening income discrepancies. Against this backdrop, the country needs a change in the corporate environment along with macroeconomic policies to boost a lethargic economy.