So Much to Watch with Only Two Eyes 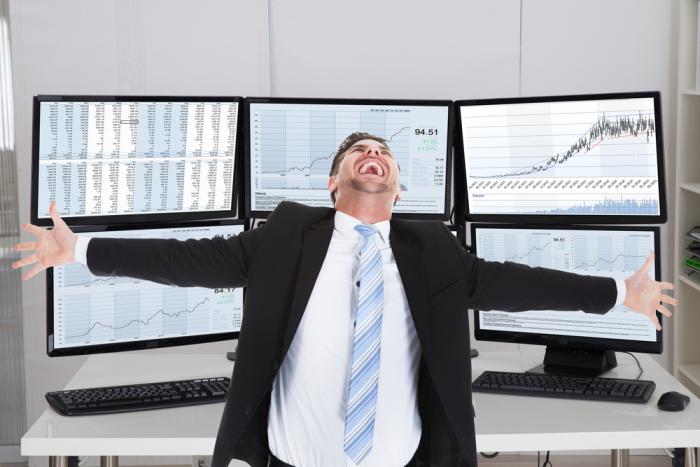 Japan's Q2 GDP:  The week begins off with the first estimate of Japan's Q2 GDP.  Growth is expected to slow from 0.6% in Q1 to 0.2%-0.3% in Q2. Consumption likely slowed more than investment increased.  The GDP deflator, another measure of prices, is expected to have eased to 0.7% from 0.9% (year-over-year).

It would represent a new two-year low.  The softer the deflator and the weaker the growth, the more pressure will be perceived to be on the BOJ provide additional stimulus.  That may help the Nikkei extend its 14% gains since the Brexit low.  It may also offer the US dollar support ahead of this month's low just below JPY100.70.

Japan's July Trade Balance:  Since 2011, Japan has been running trade deficits.  That has changed this year.  It is sustaining a surplus.  Japanese trade figures continue to be highly seasonal.  Just as June is regularly an improvement over May, the July balance typically worsens sequentially.  This has been the case over the past four years and in seven of the past nine.

The median forecast is for a JPY234.5 bln surplus, down from JPY692.8 bln in June.  In July 2015, Japan reported a JPY261.39 bln deficit.  The swing from deficit to surplus masks an ominous development.  Exports are expected to have fallen nearly 14% from a year ago, while imports around a fifth less.

According to the OECD's PPP model, the yen is currently almost 4% over-valued.  In the middle of last year, it was 20% under-valued.  For comparison, under the OECD's model, the euro is nearly 17% undervalued.

UK Data:   The yen is the strongest of the major currencies this year, appreciating by 18.7% as of the end of last week.  Sterling is the weakest of the majors.  It has lost nearly an eighth of its value this year.  For structural reasons, there is a relatively quick pass through of currency movement into domestic prices.

Sterling's decline will boost measured prices.  A small increase can be expected in July, but CPI will likely accelerate in the coming months.  The UK also reports July retail sales figures.  We suspect there is downside risk to the Bloomberg survey median forecast for a 0.3% increase after CBI retail sales survey and the fall in consumer confidence.

The employment data will likely be only of passing interest for investors.  It is for June, and wages are through May.  It simply plants the flag, so to speak, for comparison purposes.

BOE QE: On the second day of its six-month bond-buying program, the BOE failed to secure as many intermediate bonds as it planned by about 5%.  We flagged it immediately but think that many jumped to the wrong conclusion.  It is not a sign of the failure of the program.  It is a minor technical glitch.

What is the goal of the renewed asset purchases? To ensure that the transmission mechanism of monetary policy works.  A key metric of this is lower interest rates.  The fact that the reverse auction was uncovered pushed yields down further.  If the BOE fails to buy enough bonds, it is not a bearish sign (for prices) of the failure of an activist central bank, but a bullish sign that it will have to pay more to implement its asset-buying program.

Similarly, sterling's decline is not problematic for UK officials.  It will also help cushion the domestic economic shock.  Except of course in the immediate aftermath of the referendum, sterling's decline has been orderly, and not undesirable.  The pass-through into domestic price levels will is a one-off.  It seems fairly clear that the BOE will look through it, which means that it won't stand in the way of additional easing.

ECB Meeting Account:  The ECB has only recently begun offering a written report of its policy meetings. They are reluctant to call them minutes, like other central banks, but it serves the same function on many levels.  It is a channel of policy communication.  The Bank of England, which more recently than other major central banks, secured their independence, sets the bar of timeliness and transparency by releasing the minutes at the conclusion of the policy meeting.

Judging from Draghi's post-meeting press conference not much of interest was discussed.  It has been clear that the ECB had entered a "watch and wait" mode as it implemented its new TLTRO and corporate bond-buying program.  New staff forecasts will be available in next month.  A cut in growth and inflation forecasts in the wake of the UK referendum may allow Draghi to win support to extend the bond-buying program another six months (to September 2017).

Another and related issue is the capital key, which is the algorithm that determines how much of each countries bonds are to be purchased. The capital key ensures that large countries, like Germany and French bonds, are favored over smaller countries.

However, due in part to the fact that Germany is paid to borrow money, but insists on not only running a balanced budget but paying down its debt, there is some concern about a looming shortage.  We continue to believe that the capital key will be difficult to eschew and that some alternatives may be preferable if necessary.

European Banks:  The stress tests results were announced two weeks ago.  Since then, the Stoxx 600 bank index has risen in seven of the past 10 sessions for a net gain of 3.2%. Italian banks have been at the epicenter of concerns.  Bank shares finished last week by extending their recovery for the seventh consecutive sessions.  However, over the past two weeks, the index of bank shares is still off 2.2%.

Germany's Elections:  The US presidential election is much discussed, and Italian Prime Minister Renzi's threat/promise to resign if the constitutional referendum is rejected is widely recognized. Spain may be finally moving to the formation of a government, after going to the polls twice, though it is has not prevented investors from pushing the 10-year Spanish yield below the 1.0% threshold for the first time recently.

Few have yet to appreciate the approaching German state elections (Mecklenburg-Vorpommem--MV--on September 4 and Berlin a fortnight later).  The last election in MV was in 2011, and it produced a Grand Coalition government led by the SPD (35.6%) and the CDU (23%). There has been a Grand Coalition since 2006.

Although the AfD has been wracked by internal strife, it may still benefit from in the current political climate.  Chancellor Merkel and Finance Minister Schaeuble will campaign in MV in the coming days.  Merkel's popularity has suffered in the wake of violence associated with refugees, and the state elections will be seen, at least in part, as a referendum on the Chancellor.

US presidential candidate Trump is not the only one who thinks that Merkel will not be re-elected as Chancellor next year.  Many others have expressed this concern.  We note that there has yet to be the emergence of a compelling alternative, and Merkel's adversaries have often underestimated her political savvy.

Australian Data:  The Australian dollar finished last week with the first two consecutive declines against the dollar in almost two months.  Soft employment data in the week ahead and RBA minutes that warn of the risk of currency appreciation can encourage further profit-taking after the recent run-up was that was undeterred by the rate cut earlier this month.

One reason that may help explain the Australian dollar resilience in the face of lower rates is that it still is the highest yielding reserve currency, and it is a AAA credit to boot.  With Stevens retiring in the middle of next month, Deputy Governor Lowe will take over.  There is a sense of great continuity with the RBA's reaction function.

US Data:  The disappointing July retail sales did not derail expectations that the soft patch of three-quarters of sub-2% growth is ending, even though it (coupled with inventory, trade and construction data) warn of downward revisions to Q2's estimate.

The Atlanta Fed's GDPNow tracker was shaved to 3.5% from 3.8% after the favorable employment report.  The NY Fed trimmed its estimate to 2.4% from 2.6%.  The US releases a slew of data in the week ahead.  We continue to see an asymmetrical response, where the market reactions stronger to disappointing data than better data.

The economic reports are unlikely to change the general views of the economy or the expectations for the September FOMC meeting.  The industrial sector continues to recover from its earlier weakness, while price pressures remain stable.  The core CPI is likely to remain steady at 2.3%.  We see risk on the upside of both the core rate and headline rate following the PPI report before the weekend.

Embedded in the weaker than expected PPI report was news that the measure of health-care costs rose 0.3% (before seasonal adjustments).  It is the most since last October.  It feeds into the core PCE deflator.  Perhaps the most important data will come from NY and Philadelphia were the manufacturing surveys should boost confidence of the economic rebound here in Q3.

Federal Reserve:  After raising interest rates last December, the Federal Reserve has not found what it regards as an appropriate opportunity to continue to normalize monetary policy.  The FOMC minutes from last month's meeting will be released.  The minutes give a broad impression of views and concerns.  Voters and non-voters are treated equally.

The Governors and regional Presidents are indistinguishable.  Yet, time after time, policy is shown to emanate from the Fed's leadership.  This may make NY Fed Dudley's press briefing, which will include Q&A on August 18, the day after the minutes are released, more revealing than the minutes themselves.

We expect Dudley to express current caution but not rule out a rate hike this year.  The September dot plot most likely will anticipate one hike rather than two as in June or four as in last December. While there is precedent for a September move in an election year, there is no precedent for a November hike, and nearly everyone recognizes that.

At the end of last week, though, according to Bloomberg, the Fed funds futures were implying a 16% chance that the Fed funds target will be 50-75 bp in September and 17.5% chance in November (?). There is a little better than a one in three chance of that (50-75 bp) being the target in December discounted by the current pricing of the futures strip.

State of Play: Thoughts on the Significance of Ten Developments is republished with permission from Marc to Market

See also: Relatively Quiet Markets (for Some) Should Liven Up this Fall