Singapore's Relationship with Indonesia is Lost in the Haze 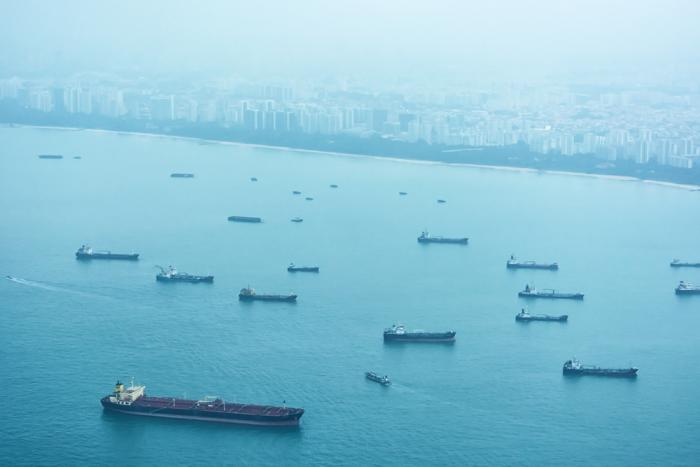 The haze enveloping Singapore since June 2015 highlights the significance of its bilateral relationship with Indonesia. Just as Singaporeans cannot escape the devastating health impact of ‘slash-and-burn’ deforestation in Sumatra, emerging trends in Indonesia will have an impact on Singapore.

While bilateral ties were generally excellent during the Suharto years from 1967 to 1998, the relationship has become more challenging as Singapore adjusts to the rise of populist democracy in Indonesia. There has been a sharp increase in bilateral exchanges over the years: both at the political and business levels, as well as a rise in tourism, and increasing student and community exchanges. Singapore has emerged as a major investor in Indonesia amid growing bilateral trade.

There are undercurrents that should not be ignored. Hotly contested regional elections are scheduled to take place in Indonesia in December 2015. There is a risk that Singapore will be a target of criticism during provincial and district (kabupaten) electoral campaigns in Sumatra. Critics of the incumbents will highlight their willingness to subordinate Indonesia’s interests to the lure of Singapore’s cash and benefits. A younger generation of internet-savvy Indonesians is also likely to strike a nationalistic posture. There is a risk that criticisms of Singapore will go viral.

First: bad air. In 2013, at the height of the haze season, then-Coordinating Minister for People’s Welfare Agung Laksono complained of Singapore’s ‘childish’ behaviour. He added that Indonesia would reject any Singapore offer of financial aid to assist in quelling the forest fires, unless it was a large amount.

Singapore offered Indonesia a Haze Assistance Package including aircraft, helicopter, satellite imagery and Singapore Civil Defence Force fire-fighting teams and equipment. It also requested concession maps and names of errant companies to take action against them. These requests have either been ignored or rejected.

The Minister of the Environment and Forestry, Siti Nurbaya Bakar, said that if the offer of assistance was for 40 planes, not just one, then maybe the offer could be considered. Indonesia recently accepted offers of aid from foreign countries, including Singapore, but it has taken weeks to come to this position. The irony is that it is Indonesian citizens in Sumatra and Kalimantan who are feeling the worst effects of the forest fires.

Second, on the issue of airspace, Indonesian politicians and military personnel have called for Indonesia to ‘take back’ areas over Riau that have formed part of the Singapore Flight Information Region (FIR) since 1946. These areas are within Indonesia airspace but they were allocated to Singapore by the International Civil Aviation Organisation based on operational and technical considerations. The FIR assigned to Singapore includes some of the territorial airspace of Malaysia and Indonesia.

Singapore has managed the FIR as a public good, focusing on operational efficiency and navigational safety in increasingly crowded skies. The Indonesian media frequently misrepresents Singapore’s management of the FIR. It claims that Singapore profits from air navigation charges, delays planes taking off or landing at Batam to accommodate Changi’s traffic and discriminates against Indonesian airlines in flight level allocation.

None of this is true. The fees collected by Singapore are remitted annually to Indonesia and there is proper accounting between the two countries. Traffic movements are handled solely based on operational efficiency.

Third, on assets, Indonesian politicians have also blamed Singapore for harbouring alleged Indonesian ‘corruptors’ and their ‘illegal funds’. In an interview on Indonesia’s proposed amnesty for financial crimes, the Minister of Finance, Bambang Brodjonegoro, cited a McKinsey study that estimated that the value of Indonesian assets in Singapore amounted to US$300 billion. Indonesian officials also claim that Singapore has obstructed their finance-related investigations.

When the Monetary Authority of Singapore announced that, it would no longer issue the SGD$10,000 note (about US$7100) from October 2014, because of the risk associated with large-value cash transactions and high-value notes, Indonesian officials claimed that Singapore had given in to Indonesian ‘pressure’.

Singapore has consistently and publicly refuted allegations that it harbours corrupt Indonesian officials. In addition, it has been assisting Indonesia’s investigation requests. However, such claims will recur. The ability of alleged criminals to leave the country legally will be ignored. The Indonesian authorities have found it more convenient to blame others than deal with the real causes.

Singapore benefits when its neighbours enjoy political stability and economic growth. However, as political contestation increases in Indonesia, Singapore has been an easy target to rally domestic support and deflect criticism. Singapore cannot escape its neighbourhood. A continuing foreign policy challenge for Singapore will be to differentiate itself from its neighbours, even as it strives to get along with them.