Singapore's Lee Kuan Yew was a Man with a Mission

•
Singapore
•
by
The Conversation 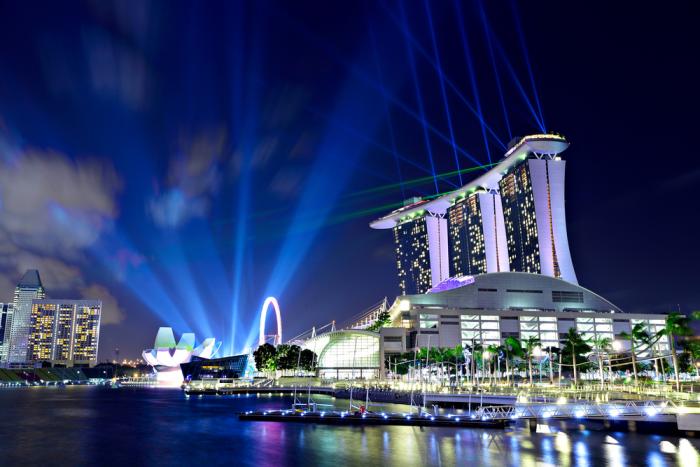 Lee Kuan Yew, the founding father of one of Asia’s smallest but most developed economies, has died. Lee led Singapore after its separation from Malaysia to emerge as one of the world’s most powerful financial centres.

The tiny nation, whose main industry was manufacturing at independence, saw its GDP per capita skyrocket under Lee to one of the highest in the world in 2013, behind just oil-rich Qatar and private banking centre Luxembourg, according to the IMF. Its population has doubled to more than 5m.

Singapore flourished on the inherited advantages and foresightedness of Lee to transform into the ranks of New York, London and Switzerland as a global financial hub. As a key port in the British Empire, Singapore was in a strong position for trading activity. Lee built on this, as the country had no natural resources of its own to exploit.

Even though criticism of Lee came from many for leading the country in an authoritarian style that stifled political dissent and press freedoms, his firm grip on power and maintenance of stability gave little scope for corrupt financial practices. The orderliness that Singapore became known for was attractive to foreign investment – billions of dollar poured in, ensuring the country’s success.

Lee maintained a tight grip on domestic finance by preventing the internationalisation of the Singapore dollar and limiting the operations of foreign banks. This meant international firms saw an opportunity to establish themselves in the tiny island nation. Sound financial and economic policy coupled with a corruption free environment and technological advancement meant many multinational firms chose Singapore as a regional hub. Lee championed free trade, which helped Singapore attract a free flow of foreign investment and multinational giants such as General Electric.

One clear factor in Singapore’s rise was Lee’s ability to take consistent advantage of global financial upheavals. This began in 1971 when America de-linked the dollar from gold. Lee was quick to grasp this opportunity and established Singapore as a regional centre for foreign exchange.

Indeed, since 1968, the Singapore government has provided incentives and preferential tax treatments to cultivate an Asian Dollar Market. This initiative proved instrumental in helping Singapore to develop as a financial centre and a lead over its nearest rival Hong Kong.

Lee knew that for Singapore to compete with global giants, he needed to provide Singaporeans with housing and employment opportunities that would bring the nation economic stability. For this purpose, he established the Housing Development Board and Economic Development Board. The housing board transformed this space-constrained island into a world class metropolis that helped its citizens to move out of small ghettos into carefully planned mixed townships and provided superior living conditions for its citizens. 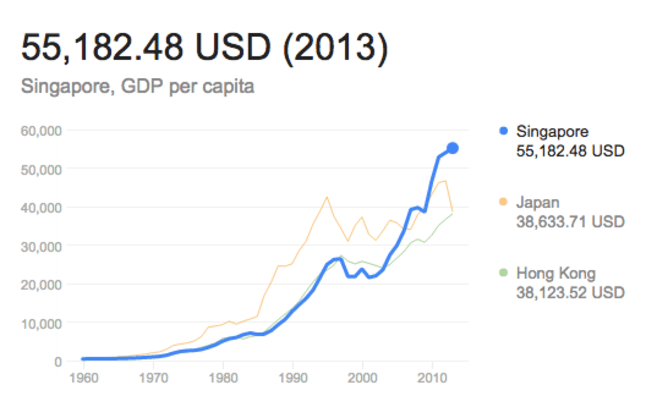 Meanwhile, the development board slowly built up Singaporean industries and businesses to provide job opportunities not only for locals but for expats to thrive in an economy that could support a population swiftly moving out of poverty. These efforts of the premier saw Singapore’s per capita GDP jump from around US$500 in 1965 by a staggering 2800% to US$14,500 by 1991. Building on Lee’s economic model, it has since continued to grow to US$55,000.

Singapore under Lee also adopted a two-pronged strategy with regard to its financial sector. As well as making Singapore an international financial hub, it wanted the financial sector to play a key supporting role to the growing industries located in Singapore such as manufacturing and shipping.

Lee’s style of running Singapore earned him many accolades and was once described by Richard Nixon as “A big man on a small stage who in other times and other places, might have attained the world stature of a Churchill, Disraeli or a Gladstone”.

He was a man with a mission to transform a small seaside town into a financial giant. The size of the country’s GDP per capita compared to its tiny size and lack of resources is testament to his success at doing so.