Singapore Wins in Deal with Australia 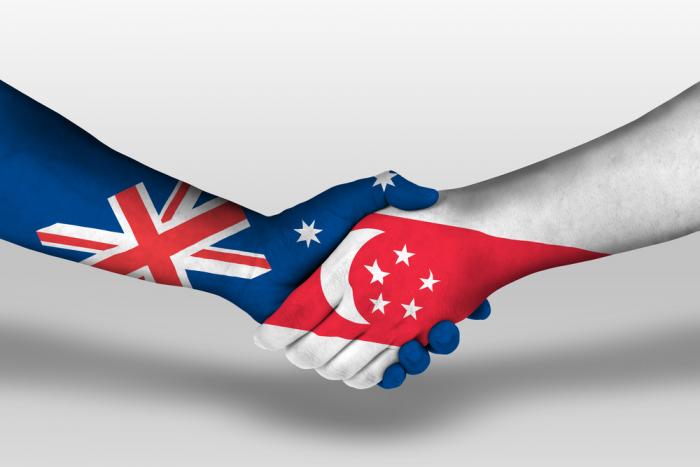 Let there be no doubt about who is the main winner from the Australia–Singapore Comprehensive Strategic Partnership (CSP) signed on 6 May. It is Singapore. This tiny country is a quarter the size of the Australian city of Melbourne by land mass and it lacks space more than anything else.

The quest for space has pushed the Singapore government to stretch the island’s land mass by 25 percent in the last 50 years, and to invest directly in land usage across the region — including industrial parks in Vietnam and China, and massive residential-cum-industrial developments in neighbouring Malaysia and Indonesia. One of the Australian defence facilities to which Singapore has had access for many years, the Shoalwater Bay training facility in Queensland, is three times the size of Singapore.

Singapore’s defence alignments have been a sensitive topic in the region since it became an independent republic in 1965, not just because the tiny country easily outspends every other country in Southeast Asia on defence, but because it displays scant regard for its neighbours’ sensitivities in its defence alignments. Its ruthless pursuit of its self-interest is a cautionary tale to which the Australian defence and foreign policy establishments presumably have paid close attention.

In the mid-1960s, Singapore was sufficiently frustrated in its dealings with the United States that it threatened to invite the Soviet Union into Singapore. In the late 1960s and early 1970s it hosted advisers from the Israeli Armed Forces to help set up the Singapore Armed Forces — even though Singapore itself had a large Muslim population and was surrounded by two Muslim majority countries with whom its relations were already prickly, to say the least.

Singapore’s commercial interests have driven it to engage in relationships with members of the Myanmar military and wealthy Indonesians that some consider akin to money laundering. In addition, since the 1970s Singapore’s Armed Forces have enjoyed the hospitality of Taiwan, even as other arms of the Singapore government have been building relations with China. Singapore has been training its air force in Taiwan for decades, just as it has been using Australia’s wide open spaces in Western Australia and Queensland.

Therefore, policymakers would do well to remember that Australia’s defence arrangements with Singapore are not cost-free or risk-free. Singapore is not a value-neutral partner for Australia. Now its foreign policy alignment makes it a neat fit for Australia, but Australia should work on the assumption that this convergence will end without much warning at some stage.

Now both countries are engaged in a constant effort to reconcile their defence alignments with the United States with their economic dependency on China. In addition, both are in a mood to view China’s foreign policy and military brinkmanship with disdain and concern.

But if China keeps gaining (or rather, building) ground in the South China Sea without consequence, and also pulls itself out of its current economic problems, Australian policymakers should recognise the possibility that Singapore might switch ‘sides’ without much regard for Australia’s wishes or prior commitments, just as it was willing to switch ‘sides’ in the 1960s.

In its defence arrangements and its foreign policy, Singapore has historically shown that it is willing to engage in high-risk programs to facilitate its security and its quest for land because its government judges the stakes to be little short of existential. It is willing to pay a high price for its security and its quest for land — hence the US$1.5 billion of promised Singapore investments in Australia’s defence training facilities. However, there is a sense that Singapore regards such payments as being in the spirit of a ‘purchase’ rather than ‘rent’.

Singapore might be the main beneficiary from the CSP, but there are still significant benefits — tangible and intangible — for Australia. Obviously, the money is the most tangible benefit, and without it, the deal would not have gone forward.

Yet the primary long-term advantage for Australia is the most basic of the intangibles: despite its fickleness in dealing with others, Singapore has thus far been Australia’s best and most constant ‘friend’ in Asia. In addition, Australia does not have so many friends — constant or otherwise — that it can take such a relationship for granted.

Australia invested a lot of good will in Singapore over a long period without much prospect of getting anything in return. Australia was the first country to recognise Singapore’s independence, and it helped shelter the young country through its participation in the Five Power Defence Agreement, complete with its air force presence in Butterworth, Malaysia.

Now things have changed considerably. Singapore has a highly sophisticated and forward-looking foreign policy establishment that is well ahead of Australia in balancing a defence alignment with the United States with a close economic relationship with China.

Even while maintaining defence arrangements with Taiwan, Singapore has managed its relationship with China well. It is not a coincidence that Singapore is also investing serious money in sending some of its best and brightest to China to study so that it has in its foreign policy establishment people who can think a little like China insiders.

So providing that the Australian foreign policy and defence establishments are awake to Singapore’s propensity to pursue its own interests with an unusual degree of ruthlessness (not to mention professionalism), it is difficult to see how both the intangibles and the tangibles associated with the CSP will not be overwhelmingly positive on balance.

The risks are real, and should not be disregarded, but neither should they be allowed to kill the deal. The important thing is that Australia enhances its defence cooperation with Singapore with its eyes wide open.

Australia–Singapore defence deal is smart, but not risk-free is republished with permission from East Asia Forum

See also: The Specter of Complacency in Singapore