Shanghai Cooperation Organisation Goes Beyond Security to Include Trade 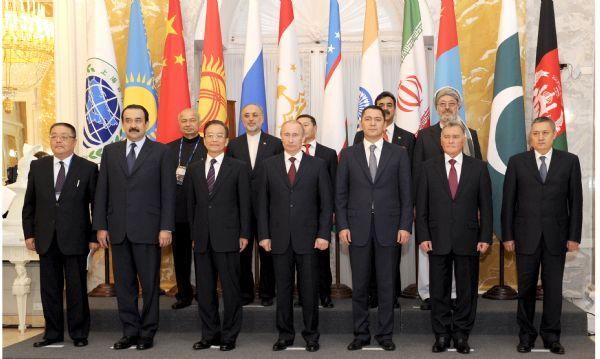 China recently reaffirmed that it backs India and Pakistan becoming members of the Shanghai Cooperation Organisation (SCO). At the 14th meeting of the Council of Heads of States of SCO on 12 September, Chinese President Xi Jinping called for full membership for SCO observers, including India and Pakistan.

The SCO is a regional security and economic grouping of Russia, China, Uzbekistan, Kazakhstan, Tajikistan and Kyrgyzstan, operative since 2004. In 2005 India became an observer, joining Iran, Pakistan and Afghanistan. Sri Lanka, Belarus and Turkey are dialogue partners. From its early days at the SCO, India has shown willingness for a more substantial role at the organisation.  In June 2011, the SCO approved a ‘memorandum of obligation’ which enabled non-member countries to apply for SCO membership.

China has been attempting to shape a non-Western security grouping to counterbalance NATO and allow China more room for military action in Asia. The SCO, often dubbed the Asian NATO, has been dominated by Russia and China. Since Xi became president, Russia and China have been strengthening ties with joint naval exercises, economic roundtables and a US$400 billion gas deal, all taking place in first quarter of 2014. Expanding the SCO is imperative to securing the Central Asian gas pipelines, many of which run through Chinese territory and are threatened by insurgencies that compromise their construction.

The transfer of security responsibility from NATO and the U.S. to the Afghan National Army in 2014 has spurred enormous possibilities and responsibilities for the SCO. Stability in Afghanistan is crucial to China’s primary motive of reaping profits from their investments in the country. Also, insurgencies in the Afghanistan-Pakistan region have spilt over into China’s backyard. The revolutionary zeal of groups based in the region has fuelled the East Turkestan Islamic Movement in China’s Xinjiang Province. Xinjiang Province has been hit by many insurgent attacks this year. The Karachi airport blast in June has brought to forefront the expanding network of extremism in Central Asia.

Popular resentment with irresponsive regimes has been raking the Middle East and West Asia. The members of the SCO are often referred to as the ‘club of authoritarians’. The SCO’s plan to extend membership to India, the largest and one of the soundest democracies in the neighbourhood, aims to undercut these claims while keeping Western efforts to promote democracy at bay.

For its part, India has been making conscious moves towards full membership. In 2012, India initiated the India–Central Asian Dialogue. In 2014, India participated in the meeting of National Coordinators of SCO Member States, where observers were invited for the first time, shortly after the visit of SCO Secretary General Dmitry Fedorovich to India.

The plan to upgrade SCO observers to full membership parallels China’s ‘One Belt and One Road Initiative’ launched in 2013. The New Silk Road Economic Belt and the 21st Century Maritime Silk Road are designed to heighten the attractiveness of trade with China and strengthen its presence in Asia.

Extending SCO membership to Pakistan will help facilitate China’s plan to revive its role as a regional trade hub. This will also aid China’s Great Western Development Strategy, which was launched in 2000. By developing an intricate oil, gas, railway, road, economic and cultural network with other Asian states, China will place itself at a stronger footing to lead in the Asian century.

The issue of expanding SCO membership has been raised at a time when East–West contestation is at a new post-Cold War high. US–Russia relations have deteriorated considerably over the Ukraine crisis. After sealing the China–Russia gas deal, Russian President Vladimir Putin declared that the unipolar world order is over. Members of the U.S. House of Representatives have also criticised India for giving‘Russia’s aggression in Crimea implicit approval.’ Chuck Hagel’s visit to India in August and Modi’s visit to the United States, after almost a decade long visa ban, may signal an improvement in East–West relations. But cyber espionage, military reconnaissance and U.S. air strikes in Syria remain key sources of tension between China, Russia and the United States.

SCO members need to take a two-track approach to make it a successful regional grouping. At the macro level, it must forge a common vision and mutual trust with similar groupings such as the Collective Security Treaty Organization. At a micro level, bilateral and regional issues between member states need to be addressed. For instance, tensions between India and Pakistan (who are both being offered full membership at the SCO) over the Kashmir issue needs to be resolved. Similarly, there are also tensions between China and Turkey, an SCO dialogue partner, over the East Turkestan Islamic Movement. If the SCO is to contribute to a stable and prosperous Asia, it must resolve these bilateral disputes.