Rounding Up a Wild Market Week 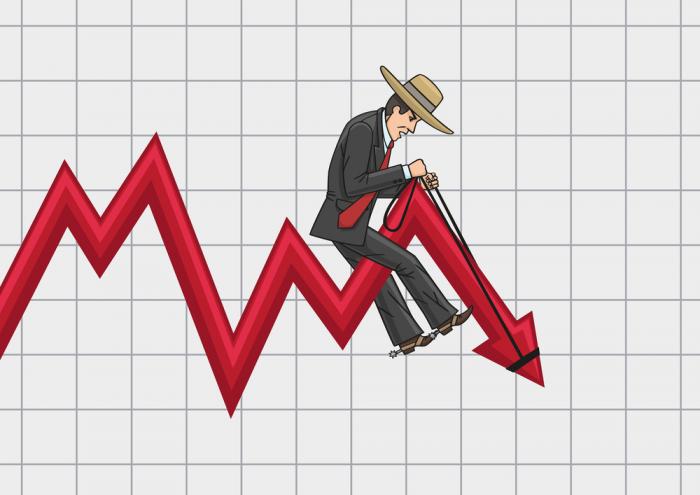 While Asian equity markets extended yesterday's rally, a consolidative tone has emerged elsewhere.  This translates into heavier equities in Europe, including US shares that trade there, lower core bond yields, softer oil, and a dollar that has seen some of yesterday's gains pared.

Yesterday saw key retracements reached or approached.  Given the uncertainty of policy intentions, month-end considerations, and the key events next week (beginning with this weekend's Jackson Hole confab, and next week's ECB meeting and US jobs data), we anticipated a bout of consolidation even before the data.

Here is a summary of Japan's slew of data:  The tightness of the Japanese labor market is not spurring greater overall household consumption.  Nor is it generating inflation.  The unemployment rates slipped to 3.3% in July from 3.4% and the job opening to applicant ratio rose to 1.21 from 1.19.  However, overall household spending fell 0.2%.  The consensus has expected a 0.5% increase.  Headline CPI was in line with expectations, rising 0.2% year-over-year after a 0.4% increase in June.  The core rate, excludes fresh food was flat after having risen by 0.1% in June.  In official and off-the-record comments, some BOJ and government officials have been emphasizing a new metric, which excludes food, energy and alcohol.  This measure was unchanged at 0.6%.

While US Q2 GDP revised sharply higher yesterday (3.7% annualized), the UK Q2 estimate was unchanged at 0.7% on the quarter.  The irony in the UK data is the sharp growth in exports despite sterling's strength.  They rose 3.9% during the quarter.  As we have noted, many countries, including some in the euro area, and more in Asia, that have experienced depreciating currencies also have reported declines in exports.

The data highlight from the Eurozone includes preliminary Spanish and German CPI for August and Spanish retail sales.  Spain's harmonized measure of consumer prices fell 0.5% year-over-year as deflation returns.  It was at flat in July at zero.  The fear is that deflation encourages economic agents, like households, to defer consumption in anticipation of lower prices.  Spain continues to defy this logic.  Retail sales on jumped 4.2% from a year ago, up from 2.4% in June (was initially at 2.3%). When seasonally adjusted, it translates into a 4.1% rise.  The consensus was for a 2.7% increase.

The German states have begun reporting their CPI and the national estimate will be out shortly.  Several of the small states saw declines, but the large states were mostly unchanged, suggesting that the national figures could remain at 0.1% year-over-year.  Next week the ECB's staff will update its forecasts, and small cut in growth and price forecasts would not be surprising.  Expect Draghi to underscore the flexibility of the ECB's asset purchases in both amounts and length of the program.

Separately, and defying expectations, the Swiss economy avoided a second consecutive quarterly contraction by growing 0.2% in Q2.  The consensus expected a 0.1% contraction.  Of the major economies then it appears only Japan and Canada contracted.  Canada reports Q2 GDP on September 1 and it expects to have fallen by 0.9% at annualized pace.

The US reports personal income and consumption for July.  The third quarter has begun on a firm note, even though the Q2 inventory build may reduce headline growth, final sales (GDP minus inventories) should remain firm.  Both income and consumption expect to have risen by 0.4%. The core PCE deflator forecast is to be unchanged at 1.3%.  Real consumption is forecast to rise 0.3%, which is a touch above the 3, 6 and 12-month averages.

Although the chances of a September lift-off have diminished, a strong employment report next week coupled with calmer markets could see the sentiment adjust from practically now chance pricing in to the September Fed funds futures contract.  August jobs data has a pattern of being initially softer than expectations, only to receive an upward revision later.

The University of Michigan's consumer confidence and inflation expectations will also come before the weekend but typically are not market-movers.  A number of Fed officials will be attending Jackson Hole and will be speaking with the media.  This could inject some headline risk into the session beyond the data.

The Shanghai Composite gapped higher and closed 4.8% higher.  Officials had apparently not intervened earlier in the week, showed their hand in the second half.  There was some talk the funds used to support equity prices will be replenished.  In the currency market, the PBOC fixed the dollar at CNY6.3986.  This was 0.15% lower than previous day.  The dollar finished the Shanghai session on Thursday near CNY6.4015.

As we suggested previously, the key under the new currency regime is not between the two fixings as had been previously the case, but between the spot close and the next day's fix.  It appears that in order to ensure convergence it is not sufficient to intervene in the spot market.  There needs to be a convergence between the forward rate implied and the actual money market rates. There are reports suggesting that a couple of policy banks intervened in the swaps market to help bring the rates more in line.  Chinese officials appear to be still trying to implement the August 11 decision that ostensibly launched a new currency mechanism.

The euro and yen are trading comfortably inside yesterday's ranges.  Sterling has slipped to a new low for the week.  It has approached last month's low near $1.5330.  A break would undermine the technical outlook.  The Australian dollar bounced off the monthly trend line, but ran out of steam near $0.7200.  Initial support now is in the $0.7120-$0.7140 area.   Similarly, the Canadian dollar saw follow through buying in Asia, but in Europe those gains wilted.  The US dollar found a bid ahead of the 20-day moving average near CAD1.3145.

Consolidative, Month-End Session with Headline Risk from Jackson Hole is republished with permission from Marc to Market