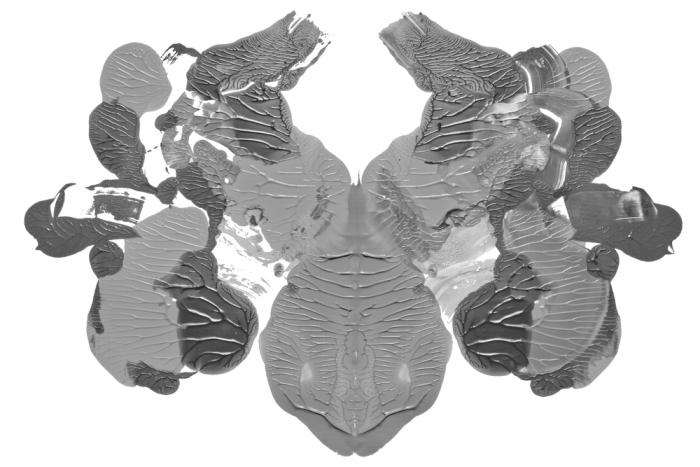 The US dollar is trading higher against the dollar-bloc, encouraged by the continued decline in commodity prices and energy.  Disappointment with retail sales when petrol is included pushed sterling lower.  The greenback is making new highs against several emerging market currencies, including South African rand, Turkish lira and Mexican peso and Malaysian ringgit.

The euro, on the other hand, has extended yesterday's recovery off the $1.1020 low.  Many are now looking at the July and August high in the $1.1215 area as the next target.  The dollar is flattish against the yen.   Its recovery in Asia stopped cold in early Europe where the five and 20-day averages convergence--JPY124.15-JPY124.20.

Perhaps the markets are always a bit of a Rorschach test, but this seems especially the case presently.  The FOMC minutes were roughly 22 pages long.  Market participants had to react to the headlines as provided by news services, and there was a violation of yesterday's embargo, leading to a confusing and early release.  The headlines by their very nature take comments out of context and rely on a journalist judgment.  A closer reading of the minutes suggests a more balanced view that the dovish spit of the initial headlines.

For example, some headlines played up that "several participants noted that a material slowdown in Chinese economic activity could pose risks to the US economic outlook."  Just before the minutes noted "...the recent Chinese stock market decline had limited implications to date for the growth outlook in China".

Similarly, the headlines seemed to emphasize that, "some participants expected the view that the incoming information has not yet provided grounds for reasonable confidence that inflation would move back to 2% over the medium term..."  The following paragraph began with "Some participants, however, emphasized...the significant progress over the past few years and viewed the economic conditions for beginning to increase the target range for the federal funds as having been met or were confident they would be met shortly."

Moreover, although there were no formal dissents, one member indicated a "readiness to hike at the July meeting "but was willing to wait for additional data to confirm a judgment to raise the target range."  It seems that no matter what the decision is next month, it will not be unanimous.

Many participants also seem to have read what they wanted to in the IMF's announcement that it had decided to extend the current SDR basket nine months through September 2016.  Many reports had claimed this had already taken place, seemingly referring to the IMF report earlier this month.  However, in that report the extension was a recommendation.  The board meeting apparently took place last week and the results announced yesterday.

There has been no decision on whether to include the Chinese yuan.  That decision, which apparently rests on the judgment of whether the yuan is sufficiently "freely usable" will be made toward the middle of Q4.  That decision is far more important than the precisely operational implementation. Many reports seem to have collapsed the distinction.

It is still not clear if China is implementing what it said it would.  Are market forces really having a greater role?  After four sessions of closing within 45 ticks of each other with a CNY6.39 handle, the dollar.  Despite the dollar's sell-off following the dovish read to the FOMC minutes, Chinese officials fixed the dollar at 6.3915, having closed the Shanghai session at CNY6.3956 yesterday.  This was also 0.08%.  The dollar fell with reports suggesting that large state-owned banks were selling.  The dollar finished the Shanghai session at CNY6.3891, its lowest level since August 12.

Implementation of China’s measures is the key to the IMF and US support.  There does seem to be recognition that, regardless of one's view of the long-term valuation of the yuan, short-term cyclical influences would likely see it weaken if market forces have greater sway. Note that the PBOC inject a large amount of liquidity into the banking system, the most since February.  Speculation is increasing that a cut in reserve requirements will happen over the next couple of weeks to sterilize the impact of the intervention.

Chinese shares closed broadly lower (~3.00-3.4%), and volatility occurred late in the session.  Two things take place late trading that may account for this pattern.  First, margin calls often come in the afternoon.  Second, the state's intervention in the stock market also often is seen taking place toward the end of the session.

There were two economic reports in Europe to note, UK retail sales and Norway’s GDP.  The 0.1% increase in headline UK retail sales in July disappointed, but this was largely a function of the drop in gasoline prices.  Exclude petrol, retail sales were in line with expectations, rising 0.4% for a 4.3% year-over-year rate.

The market took sterling lower on the news.  It is as if, with the dovish read of the FOMC minutes and the drop in oil prices, participants were inclined to see the hawkish support for sterling also soften.  Sterling found support ahead of $1.56 and appears poised to recoup some of those losses in North America today.

Norway’s Q2 GDP was in line with expectations, but the downward revisions to Q1 cast a softer pall that when coupled with the decline in oil prices, is pushing the krone lower.  Q2 GDP fell 0.1%.  This was due to the oil sector.  The mainland economy posted a 0.2% gain while Q1 mainland GDP revised to 0.3% from 0.5%.  This further encourages speculation of a rate cut.  The euro’s uptrend against the krone continues to with new highs since January recorded near NOK9.2735.   The year’s high is the next objective near NOK9.3030.

Dollar Firms against Most, but Euro and Yen hold Own is republished with permission from Marc to Market

See also: Support for a Rate Hike could be in the FOMC Minutes