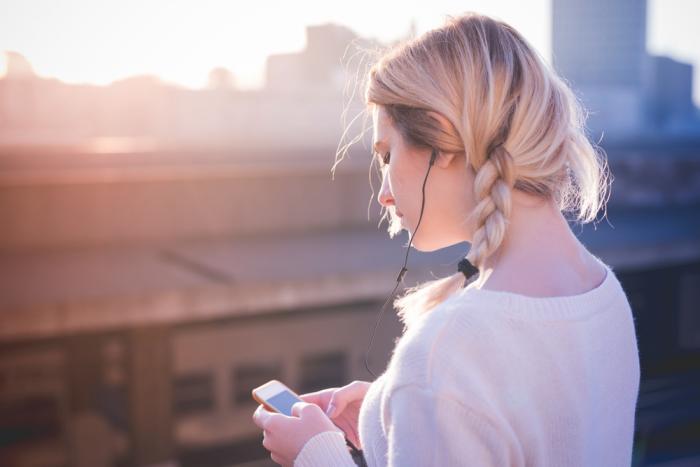 Digital music downloads and online streaming sales have now overtaken sales of CDs and records for the first time, underscoring just how fundamentally the internet has changed the way we consume.

The UK-based trade group the International Federation of the Phonographic Industry has reported that global market revenue from digital music sales represented 46% of all sales last year, coming to $US6.85 billion. By contrast, physical sales came to $US6.82 billion.

While online consumption and dissemination has certainly made things easier for many creators and consumers, the online market place can also yield monopoly rights for owners of sites like YouTube, Google and Amazon.

Many have described the explosion in online marketplaces for the creation and sale of content as democratisation. However, the sheer market power concentrated in the hands of such few companies represents a formidable hurdle to fair competition.

The internet has shifted economic power to conglomerates such as Google, Amazon, Yahoo!, Apple, and others. This shift was recently put on full display via Google’s threat to shun the indie music sector from YouTube, raising the question of whether this new economic might has reached unprecedented and potentially dangerous levels. If it has, what does that mean for the digital markets in which these giants dwell?

The music industry has historically benefited from its symbiotic relationships with ancillary industries like broadcasting: songs that received a lot of airtime were more likely to achieve commercial success. Likewise, songs that go viral on YouTube today stand a much greater chance of becoming heavily streamed tracks. And similar to radio stations, more advertising revenue befalls music streaming companies as their audiences increase.

However, the comparison stops there. Though the broadcasting landscape has not always been the hallmark of a healthy level of rivalry, it was, at least governed and regulated. The economic situation on the internet challenges the very notion of competition altogether.

With digital markets now defined by URL strings (and proprietary app stores), internet addresses have become hot commodities. It is undeniable that “youtube.com” constitutes a market; for budding artists having access is indispensable. This is why the Internet Corporation for Assigned Names and Numbers (ICANN), a not-for-profit group that manages the designation of domain names, provides a cautionary example.

ICANN grants monopoly rights of a single top-level domain (TLD) strings like “.music”. Musicians and the music community have traditionally seen a “.music” as theirs to use but tech giants such as Amazon and Google have recently applied to ICANN for the exclusive right to use the “.music” URL string.

Were the “.music” domain to go to a conglomerate like Amazon or Google, ICANN’s legitimacy as an independent regulatory body might be jeopardised. Because rather than increasing competition online and advocating the rights of communities of online users, it would effectively grant one of these companies yet another market to be appropriated.

The upshot: if the entire “.music” community would fall into the hands of one of these online giants, artists, indies, record labels, music copyright associations, and other interested parties would become dependent on the management of this domain by one of these powerful corporations. Is this something that we want?

Once upon a time, people would discover new songs by listening to the radio. Specialised experts such as DJs would curate the content, helping consumers overcome substantial search costs.

But that model is now looking antiquated. Consumers now mostly discover new content based on ratings and view counts. This new model looks, to many, like a level playing field, but in reality, depriving consumers of other social cues that would otherwise help them discover new music.

Without curators like radio DJs, consumers face the tyranny of choice and are increasingly vulnerable to targeted advertising informed by their internet profile. Of course, music discovery has always been susceptible to coercive forces, but it’s now nearly impossible to detect and remove such forces.

The companies themselves do not create the social fabric of platforms like YouTube, but by the users: the views, comments, likes, and shares are critical for the success of a music streaming business.

While some scholars will romantically refer to this process as “co-creation,” the harsh economic reality is that the platforms designed to support the bottom line and appropriated by private organisations under lengthy terms of service that no one bothers to read guide the creative content of consumers.

These firms wield virtually unlimited power, economically exploiting the content.  Yet this economic value – created and promoted by consumers – appropriated entirely by the companies hosting it.

Take, for example, Google’s answer to Spotify, a new streaming service called Music Key. Having already co-opted the willing (and complicit) major record labels to join Music Key, Google virtually dictated the conditions under which the Music Key venture could exploit musical content. It serves as a stark reminder of the market power of the internet elite.

Further, the payment structure for musicians and rights holders from music streaming companies is opaque and unilaterally defined.

Equitable platforms such as Bandcamp and Soundcloud exist and whilst some rights holders have tried to flex their muscle, the sheer market power concentrated in the hands of such few companies represents a formidable hurdle to fair competition.

Increasingly, and propelled by the digital revolution, markets have moved out of the public domain and into private hands. In this regard, what is happening in the music industry is merely mirroring what is happening in other industries like finance, retail, and travel.

The consequence is that regulation of these markets get delegated to private companies rather than a government or independent agency. Second-guessing whether competition is fair or not is getting harder, with algorithms and results that are free to be manipulated by their creators. The ease with which digital marketplaces can move from country to country with minimal disruption should be enough to give even the most ardent free market advocate pause.

It is time to consider net neutrality from an economic perspective and ponder the question: “whose market is it anyway?” Do we want to grant internet conglomerates the monopoly rights to exploit our markets and profit from the time and energy that we spend building and maintaining them?