On the G20 Agenda, A Sense of Urgency for Some 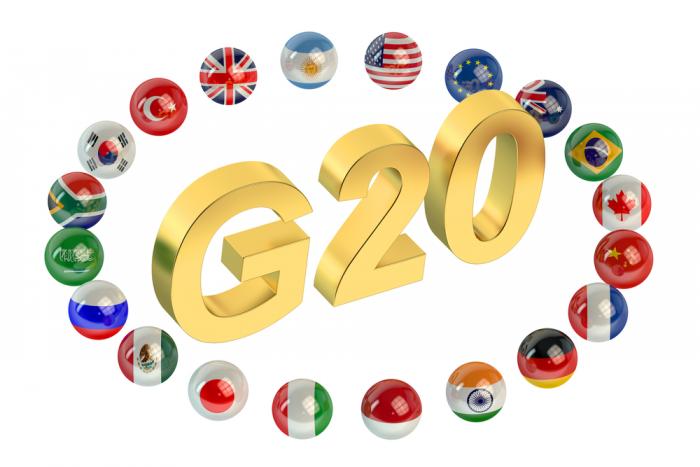 The G20 finance ministers and central bankers will meet in Shanghai starting tomorrow.   From some quarters, there is a sense of urgency.  The IMF, for example, is likely to cut its world GDP forecast of 3.4% this year.

That forecast is not even two months old.  The tightening of global financial conditions, exemplified by the sharp drop in share prices over the last six weeks is heightening anxiety among policymakers and investors alike.

The IMF has called for a strong national and international policy response.  It is unlikely to be forthcoming.  Moreover, despite China's aggressive calls for changes in the world's financial architecture, its leadership at the G20 meeting is unlikely to unveil new initiatives.  Instead, the most that can reasonably be expected is a recommitment to existing agreements.

There are two such existing agreements that will likely be reiterated.  The first is about fiscal policy.  Those countries that have scope for fiscal measures are encouraged to use them.  This speaks to countries with current account surpluses, where by definition savings exceeds demand (consumption and investment).

The US Treasury and Federal Reserve officials have not been critical of the use of monetary policy to stimulate domestic demand.  After all, the US used monetary policy early and aggressively.  However, the US criticism comes from the over-reliance on monetary policy.  It argues it ought to be complemented and reinforced by fiscal and structural measures.

Realistically, fiscal support is most likely to come from two large economies, Japan, and China.  The last year of two-term US president is not a conducive backdrop for fiscal support.  Moreover, the US does not have a current account surplus, and its economy is if anything growing a little above trend. Since 2010, the US economy has grown a little more than 2.0% (year-over-year).  In 2014 and 2015, the economy expanded by 2.4%.

Some economists, such as Summers and Krugman, have advocated a strong public investment program; they lack a significant constituency.  Among the leading presidential candidates, only Sanders is sympathetic, and his candidacy will be severely tested with next week's Super Tuesday of primaries.  He may not carry a state outside of his own Vermont.

At the end of last year, French President Hollande argued that the security pact trumped the stability pact.  This signaled that fiscal policy was not going to tighten as much as the EC (and Germany) had initially advocated.  However, many EMU members are under pressure to reduce deficits and debt.  There is little appetite for a large public investment program outside of Juncker's plan, which is just getting off the ground.

In Germany, Merkel has spent much of her political capital on the refugee challenge that even if she wanted to, which she doesn't appear to, she could not successfully advocate a new deficit spending program.  Despite negative interest rates through most of the curve and the balanced budget projected, the main obstacle is ideological not material.

Japan and China are the two most likely candidates for increased fiscal action.  It is clear that the BOJ has become frustrated that its aggressive asset purchase program and the resulting increase in the monetary base has been insufficient to lift core (excluding fresh food) measure of inflation.  The adoption of negative interest rates recently opens a new front in the battle against lowflation.

Part of the rub for Japan is that the economy has not managed to find solid footing since the retail sales tax was hiked.  A follow-up hike is scheduled for a year from now (April 2017).  The US cautioned Japan against the first sales tax increase, but the IMF and others, including the rating agencies, advocated it.

The fiscal costs of weaker growth (lower tax revenues and automatic stabilizers) appear to have largely offset the gains associated with the higher sales tax.  At the same time, Japan is cutting corporate taxes, even though record profits are being recorded, and the balance sheets are flush with cash.

China has more scope to increase fiscal support for the world's second largest economy.  This comes despite a number of investors and observers expressing grave concern about the country's debt. Last year, the federal government's deficit was thought to be around 2.6% of GDP.  It was projected to rise to 3% this year, but signals from some policymakers suggest it could be as large as 4% of GDP this year.   One of the key points is that increased spending will likely come from the central government as opposed to the SPVs and local governments, as was the case in 2008-2009.

China's legislature, the National People's Congress meets at the end of next week.  It is likely to confirm that fiscal policy will be used modestly to compliment monetary efforts to facilitate the ongoing transition.  US Treasury Secretary Lew called on China to state unequivocally that it is not seeking a major devaluation of the yuan and Chinese officials have responded accordingly.

We have argued that Chinese capital outflows have been exaggerated.  First, when discussing the decline in Chinese reserves, few consistently take into account valuation shifts.  Second, some part of the capital outflows is simply moving to another part of China, from which they originated, namely Hong Kong.  This should not count as capital exports any more than Shanghai selling goods to HK should impact trade balances.  Third, the IIF has argued that the capital outflows from China last year were predominantly Chinese companies paying down their dollar debt.  This is a wholly desired capital outflow.

This is not to say that there have been capital outflow from China, just that is has been grossly exaggerated.  Chinese officials are responding but making it easier for foreign capital to come into China.  Just yesterday, reports suggest that China may be about to give up part of its QFII quota program.  Reports suggest that most types of foreign financial institutions may be granted unlimited access to the interbank debt market, for example.

The second G20 position that is likely to be reiterated, despite China's formal objections to the international financial order, is on currencies.  The G20 position is clear.  Foreign exchange rates are best set by the market.  Countries ought not to manipulate exchange rates for competitive gain. Also, and what is often forgotten is that the G20 like the G7 recognize that excessive volatility is counter-productive.

It is this second point that allows for occasional intervention. When markets are disorderly, a case can be made for intervention.  It should be rare and transparent.  The US Treasury has been critical of intervention from countries such as South Korea and Taiwan for the frequency and lack of transparency.

Nevertheless, there is not basis whatsoever for a Plaza-like agreement.  In 1985, the initial Plaza Agreement helped seal the end to a dollar rally, which on trade-weighted basis was three-times larger than the current dollar rally.  The weakness of the European currencies and yen spurred inflation.  Not only are the economic conditions fundamentally different now, and the dollar's rally pales in comparison, but the mindset is different.

Remember the 2008-2009 global financial crisis did not spur coordinated intervention in the foreign exchange market.  Recall, officials understood the problem as securing (dollar) funding not the altering the price of the dollar.  Outside of a few economists and some reporters, there has been no meaningful call for a new Plaza Agreement by G20 officials.

See also: Hopes are High for the next G20 Meeting