Oil & Gas Equipment Manufacturers will be Slow to Recover 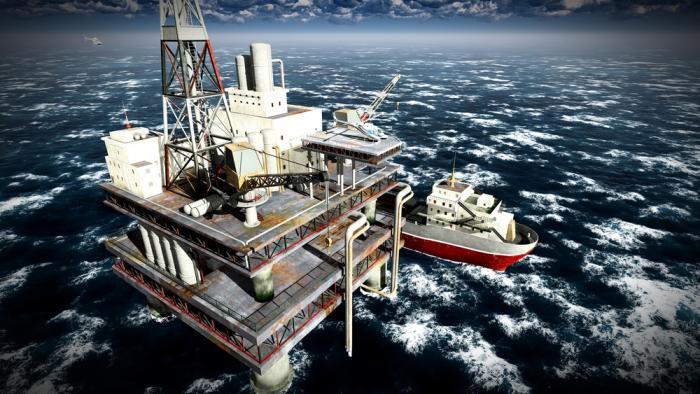 Oilfield services, shipbuilders and other industries that rose with the pre-2014 oil price boom have had it hard. Since barrel rates fell, their previous patrons have become uninterested in doling out major purchase orders, leaving oil and gas equipment manufacturers without revenues.

A recent report by Arkansas Online says the energy industry's support sector could feel the effects of low oil prices for up to two years after the current bear market recovers.

"When oil gets good again we will be the last to get back to work" because half the fleet available is not currently in use, Vance Breaux Jr., a boat manufacturer from Louisiana, said.

Louisiana's rig count has shrunk to 35 active sites as of last week – down 40 from the same time last year, according to Baker Hughes latest report on the matter.

Currently, Breaux and his industry compatriots lack diversification in their client profile. Production sites with easy-to-reach oil and gas deposits are running out in Louisiana, but the weak investment climate prevents energy firms from starting new projects, making it difficult for equipment manufacturers to generate revenues.

In other parts of the country, bargain hunters are snagging expensive oil and gas equipment at auctions for a fraction of their original cost.

"Everyone says we're crazy, but we're hoping to capitalize on the downstroke," Shawn Kluver, a buyer in the market for a hydro excavator truck, told USA Today last year.

Kluver flew to Colorado from North Dakota to compete with more than 3,000 bidders for a rock-bottom price on backhoes, bulldozers, trucks and other heavy equipment.

As hundreds of oil and gas rigs shut down across the United States, falling bottom lines force oil and gas majors to abandon future exploration projects and reduce the scope of ongoing ventures, causing thousands of drilling workers to lose their jobs and the equipment they once used to sit idle.

If a company begins liquidating its assets, some of the idle equipment may find itself in the hands of industry resellers, such as the Vancouver-based Ritchie Bros, which claims to be the world's largest auctioneer of heavy equipment.

The company says it has seen a peak interest in its events this year, driven in large part by contractors looking to repurpose drilling equipment for construction projects.

Oil and gas firms have been hemorrhaging workers and physical assets essential to drilling operations, which means bringing oil and gas companies back into peak production will not happen overnight when prices do recover.

In June, The Wall Street Journal, used data from HIS Energy to estimate that roughly 70 percent of the fracking equipment across the shale industry had been idled due to financial constraints. In addition, about 60 percent of U.S. field workers needed to frack shale wells have been handed pink slips since the pricing crisis began two years ago. Many of those workers have moved on to jobs in other industries over the past two years, clearing the job market of experienced hires.

"It's scary to think what a drag and what a headwind finding experienced labor is going to be this time around," Roe Patterson, CEO of Basic Energy Services, a Texas-based well completion company, told the WSJ.

Patterson also emphasized that the state of equipment deteriorates due to wear and tear over time, even when it’s not in use.

"Pop the hood on your car and let it sit for a year," he suggested. "I guarantee the car won't be in the same condition."

As Hordes of heavy drilling equipment exit the energy industry to be repurposed, the woes of oil and gas equipment manufacturers will continue as the industry finds its footing in a recovered market. Once profits from existing drilling projects begin to show in oil and gas companies' books, new sites will be brought into production, spurring further equipment purchases.

Though the energy equipment industry may see a delayed boom as idled equipment stored in warehouses slowly returns to duty, firms will have to turn to their old sources to replace their now-sold assets. Better late than never.

The Next Sector to Recover from the Oil Price Crash is republished with permission from Oilprice.com

See also: The Permian Basin Bucks the Trend for Now