Nothing New to Change the Lower Rates for Longer Theme 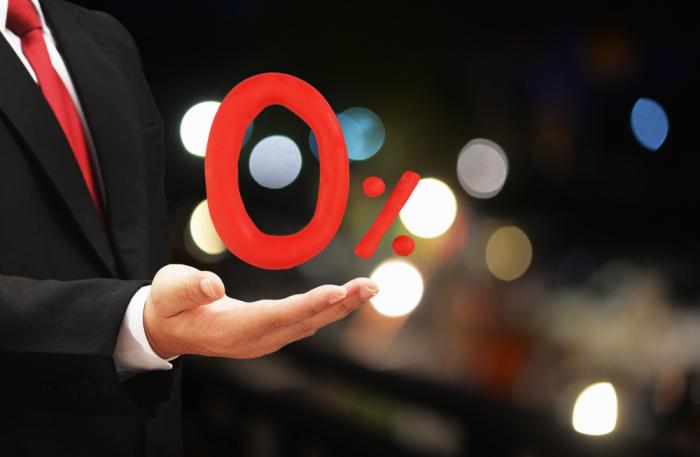 The robust US jobs report at the end of last week had arrested the down draft seen the previous week in response to the disappointing Q2 GDP report.  The mostly sideways movement has given way to a broader pullback today.  The greenback is heavier against all the major and most emerging market currencies today.

There does not appear to be a fundamental driver, which does not mean that the dollar's losses cannot be extended.  The US economic calendar is light with mortgage applications, the JOLTS report on job openings, and the monthly federal budget, which do not have the heft to change trends.  It is true that the probability of a Fed hike in September has eased to 24% from 26% at the end of last week, but for all practical purposes, it is a difference without significance.

If there is an overarching theme, it is that rates will be lower for longer, globally.  This may be underwriting risk taking, though equity markets are mixed.  Still, the MSCI Emerging Market equity index is up 0.4%, extending its streak to the fifth consecutive session.  It is at its best level since July 2015.  Although the Japanese and Chinese markets slipped lower earlier today, the MSCI Asia Pacific Index also extended its advance.  Since July 22, the index has only been down in two sessions.

European bourses are mixed, and this is leaving the Dow Jones Stoxx 600 practically unchanged in late-European morning turnover.  Financials are the strongest sector (+0.4%), and within it, the insurance sector is leading with a 0.8% advance and banks are up 0.4%.  The FTSE's Italian bank index is up 1.4% to extend its recovery into a fifth session.

Bond markets are broadly higher.  Asian bonds played catch-up after yesterday's strong advance in Europe and the US.  Benchmark 10-year yields in Europe are off another 2-3 bp.  Gilts continue to outperform. In response to buying about GBP52 mln less of the 7-15-year bucket than it wanted to yesterday, the BOE indicated today that it would simply add it back into the second half of the program, the details of which it will announce in November.

On Monday, dealers offered 3.6x more short-term bonds (3-7 year duration) than the BOE wanted to buy.  Yesterday, however, dealers did not offer the full amount.  Today's reverse auction for GBP1.17 bln 15-year+ bonds will be closely watched.  Owners of those longer-term bonds may be reluctant to part with them because it is difficult to replace those yields.  The UK 10-year bond yield is off five bp today to 0.53%.  A week ago, it was yielding 0.82%, and on the eve of the referendum, it was 1.30%.  The 15-year yield is off eight bp to 0.97%.

In the Quarterly Inflation Report, the BOE argued that while monetary policy could cushion the economic impact, it was limited.  It seemed like it was a call for fiscal support.  Today's BOE Agents (~270 business contacts surveyed from late-June through late-July). Survey found what other surveys have reported.  Business services growth has softened, and consumer spending has slowed.  Commercial real estate was "materially affected" by the Brexit decision.  Would it be too much like helicopter money for the UK government to have a small fiscal stimulus program and fund it with long-dated Gilts?

Beginning with last week’s stronger than expected increase in cash wages; Japan's data has been surprising to the upside.  Today it was June machine orders, a volatile series to be sure.  They jumped 8.3%, more than twice the gain anticipated by the median guesstimate.  Separately, Japan reported that producer prices were flat last month.  It may not sound impressive, but it is only the second month since May 2015 that producer prices did not fall.

After spending yesterday inside Monday's range, the dollar was sold in Asia and the European morning.  It has seemed to carve out a shelf in the second half of last week in the JPY100.70-JPY100.85 area, which appears set to be retested.

There are three other developments to note.  First, RBA Governor Stevens, who is set to retire, did not shed light on the immediate outlook for policy.  However, he said some things that will likely resonate with others.  He noted that monetary policy could not "simply dial-up” the desired growth level and undershooting the inflation target while there is reasonable growth may be the "least bad option."  Stevens, like Carney, appear more skeptical about negative rates that the ECB and BOJ.

Second, stronger than expected Norwegian inflation has sent the krone sharply higher.  It is the strongest of the majors, gaining 1.25% against the dollar and 0.75% against the euro.  July was the second consecutive month that headline CPI rose 0.6%.  The median forecast was for a 0.1% decline.  The year-over-year rate rose to 4.4% from 3.7%.  The underlying rate rose 0.7% (median was flat) and 3.7% year-over-year.  This essentially takes the central bank out of the picture in terms of easing policy.

Third, France reported dismal June industrial output figures.  The headline fell 0.8% after a 0.5% decline in May.  It is the third decline in four months.  The 1.3% year-over-year decline is the largest contraction since November 2014.  It was driven by a 1.2% drop in manufacturing output, which is the largest fall since July 2015.  The data warn of the risk that the initial estimate of no growth in Q2 is revised to show a small contraction.