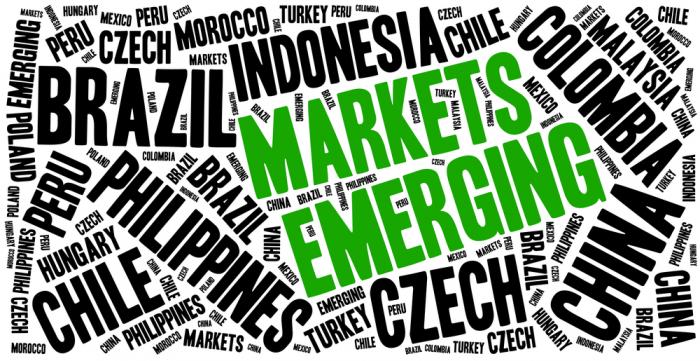 Meet the New Year - same as the old year.  EM starts 2016 on a weak footing, with negative sentiment carrying over from 2015.  The global backdrop remains poor, with the Fed likely to continue its tightening cycle with another hike in March.  Commodity prices remain near the lows, while China data suggests that the slowdown (albeit modest) continues.

Idiosyncratic EM risk remains in play, but in some instances could take a bit of a breather.  Brazil’s congress is effectively on holiday until well into February, and so risks of negative impeachment headlines have ebbed.  On the other hand, this means no progress on fiscal measures until Q2.  South African and Turkish political risk could also quiet down, but negative fundamentals remain in play for all three of these countries and support our call for further ratings downgrades.

Mexico reports December PMI later today.  Manufacturing expects to fall to 51.5 from 52.1 in November.  Mexico then reports December CPI Thursday, and is expected to rise 2.10% y/y vs. 2.21% in November.  This would be another record low, and further below the 3% target as well as nearing the lower bound of the 2-4% target range.  The next policy meeting is February 4, and one can expect no change then.  Banxico officials have suggested that they will be largely taking their cue from the Fed, not expected to hike again until the March 16 meeting.

Korea reports November current account Tuesday.  The external accounts remain in good shape, more from plummeting imports than from strong exports.  The economy remains soft and so we think that the BOK may tilt more dovish this year.  The next policy meeting s January 14, but no change is expected that soon.

The Philippines reports December CPI Tuesday, and is expected to rise 1.4% y/y vs. 1.1% in November.  The central bank has been on hold since its last 25 bp hike back in September 2014.  Inflation is well below the 2-4% target range, but with El Nino risks still present, the bank is likely to remain cautious and keep rates steady for now.  Indeed, the economy has held up remarkably well and so there is no urgency to move either way.

Colombia reports December CPI Tuesday, and is expected to rise 6.78% y/y vs. 6.39% in November.  This would be a new cycle high, and it puts it even further above the 2-4% target range.  The next policy meeting is January 29, and another 25 bp rate hike to 6% appears likely.

Taiwan reports December CPI Wednesday, and is expected to rise 0.45% y/y vs. 0.53% in November.  The central bank has no formal inflation target, but the soft economy is likely to keep the easing cycle alive in 2016.  Taiwan then reports December trade Friday.  Exports are expected at -13% y/y and imports at -12% y/y.  Weak export orders suggest little recovery in exports in H1 2016.

Caixin reports December China services PMI Wednesday.  Earlier today, Caixin manufacturing PMI came in at 48.2 vs. 48.9 expected and 48.6 in November.  Last week, official manufacturing PMI came in at 49.7 vs. 49.8 expected and 49.6 in November.  December foreign reserves will report Thursday, and expect to fall slightly to $3.42 trln.  China then reports December CPI and PPI on Saturday.  The former is expected to rise 1.6% y/y while the latter is expected to fall -5.8% y/y. In USD terms, exports expect to be -12% y/y and imports -10% y/y.  Exports have been contracting, but imports have kept pace and so the external accounts have not worsened much.  The economy remains sluggish.  While inflation remains low at 2.6% y/y, the central bank is concerned about the risks from El Nino and will likely remain on hold for the time being.

Hungary reports November retail sales Thursday.  It then reports November IP and trade Friday.  The recovery continues, but the central bank has started to rely on unconventional measures to maintain growth.  With CPI rising only 0.5% y/y and well below the 2-4% target range, we expect loose monetary policy to continue for most of 2016.

Czech Republic reports November trade (CZK11.6 bln expected) and construction and industrial output (6.5% y/y expected) Friday.  The recovery should continue in 2016.  However, deflation risks persist and so we think that the central bank’s forward guidance may have to extend into 2017.

Turkey reports December IP Friday, and is expected to rise 4.3% y/y vs. 4.6% in October.  Earlier today, CPI came in at 8.81% y/y, and is the highest since November 2014.  The central bank delivered a dovish surprise last month when it remained on hold, but rising inflation should push it into hiking rates at its next meeting on January 19.

Emerging Markets: Week Ahead Preview is republished with permission from Marc to Market