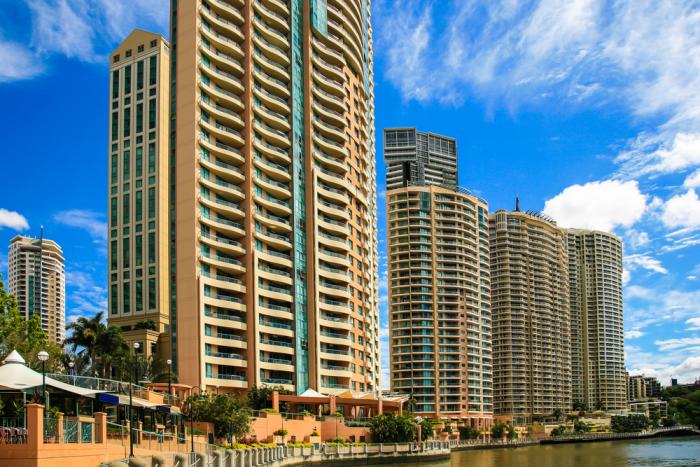 In the current housing tax debate a number of studies have come out arguing that while prices will fall (by varying amounts) rents will not be affected. That rents will be unaffected is surprising and (in my view) wrong.

Outside of the heat of an election, the Henry Tax Review’s comprehensive review of the tax system argued for lower taxes on savings, a proposition that most economists would regard as unexceptional. (There is now a (small) school of thought arguing for higher taxes on savings but this author for one does not subscribe to that.)

Specifically, the Henry Review recommended the marginal tax rates on interest and rental income should be 40% lower; for example, the 35% and 45% income tax rates on labour income would be lowered to 21% and 27%. For property investors these rates would also apply to capital gains and net losses, thereby reducing the value of negative gearing.

Now the Henry Review acknowledged that its proposed changes would, by lifting the user cost of capital of investors, lift rents. It therefore explicitly said that its proposed changes would need to be accompanied by measures to both lower the cost of housing by removing supply constraints, and to lift levels of rental assistance for households in the private rental market. In short, it did not see the increases in rents as immaterial.

If the increase in user cost of capital (on investors who are ‘geared’ by borrowing money to invest) with the Labor proposal is higher (roughly double), on what basis could rents not rise? It is not evident to me.

The key component of the user cost of capital, and the one which varies the most over time, is interest rates. When interest rates rise or fall, we expect prices to fall, or rise. However, interest rates also change rents, since rent = user cost × value of house.

To illustrate, consider Melbourne for the period 1991-2014 when interest rates have fallen significantly and the rent-price ratio has followed suit. This has seen prices increase significantly (4.9% pa in real terms), and faster than the rise in costs (3.2%). In inner areas where there is a significant location premium (over living at the urban fringe), the rise in prices has been fastest (5.8%) as the value of that location premium has been bid up.

That is, most of the change in the rent-price ratio has come from rising prices. On the other hand, in the outer areas, where there is no location premium and the value of a house is the structure plus the cost of land, prices (3.4% pa) have moved in line with costs (3.2% pa) but rents have risen much more slowly (1.4%). That is, rents explain the decline in rent-price ratios.

Therefore, while the assumption of most commentators is that price movements do the work in changing rent-price ratios, and that is so over the short term, over a longer time span, rents do some of the adjustment.

Changes in interest rates are uncontroversial. However, the same principles apply to changes in tax if they change the cost of capital, which is why the Henry Review expected rents to rise.

In the case of the Labor’s negative gearing changes, the waters are muddied for some by its proposed exemption on new housing. A couple of points here. Firstly, ABS figures (see Table 8 from ABS5671.0 - Lending Finance, Australia) are quoted to suggest that investors’ purchases are 93% established housing, and only 7% new housing. This significantly understates the role of investors.

The NAB residential property survey has domestic investor purchases of new housing at about 20-30% - that is, domestic investors are already a significant component of the new market (adding to supply!).

Secondly, Henry also expected a change in the mix of landlords to consolidate from one with a large number of small landlords, to one with a smaller number of large landlords. More marginal investors – middle income/low wealth investors – will be the first to vacate the field as their entry point is typically cheaper, old stock not premium new stock.

High income/low wealth investors will have the option of new dwellings. High income/high wealth individuals will benefit from the higher rents and lower prices on established dwellings.

That is, the ownership of the dwelling stock (and tax benefit!) will shift to the top end of income earners. However, it is not clear that the special treatment of new housing will add materially, if at all, to supply of new dwellings.

In short, the law of unintended consequences will apply. Logic says that rents will rise, and with the 30%, renting in the private market skewed to low income earners, that means housing affordability will have declined for these people.