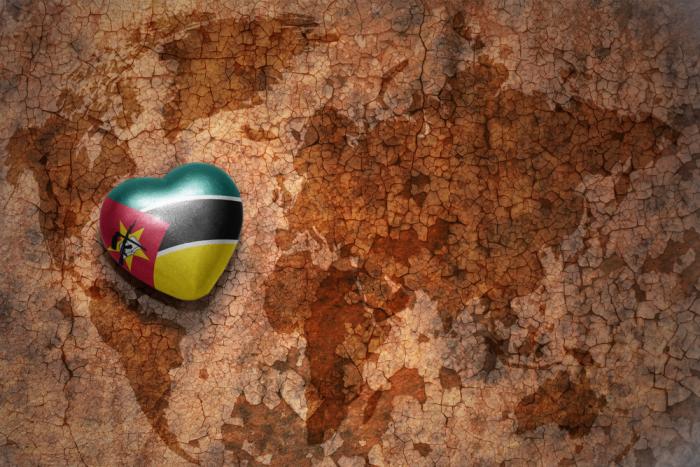 Mozambique’s return to the international limelight reads like a John le Carré novel. The elements of a bestseller are all present: growing internal instability, unexplored natural gas deposits, international loans to purchase weapons disguised as lending to fund tuna boats, and hidden public loan guarantees to private companies owned by the secret services. In addition, of course, there are legions of international bankers and diplomats wringing hands in late-night meetings.

Unfortunately, this is not fiction. The debts are real and the costs of these decisions will hang over Mozambique for decades. This article provides a summary of what we know about Mozambique’s external debt situation and proposes measures to contain the current situation and avoid longer-term damage.

The scale of the debt burden

After weeks of rumour, some clarity about Mozambique’s external debt position recently emerged following an emergency visit of the government to the International Monetary Fund in Washington. In the table below, I pull together some rough estimates based on the latest information.

Estimates based on own calculations.

The country’s officially reported external debt stock at the end 2014 was more than US$6.5 billion, excluding $500 million taken on to government accounts in 2014 associated with the infamous Ematum deal for the tuna fleet.

Even before the current crisis, this was a cause for concern. Mozambique had been a major beneficiary of various debt relief initiatives in the late 1990s and 2000s. At the beginning of this century, the country’s debt stock was about $1 billion. In 2010, the same stock was $3.3 billion. By 2014, it had doubled.

Then there’s what is owed on the controversial “new” debts:

* Ematum, for the controversial tuna fleet

* ProIndicus, which is aimed at providing security, especially for gas and oil operations

* Mozambique Asset Management, which was set up for maritime maintenance and repairs

Due to the heavy financial burden of the Ematum deal, originally due in 2020, it was recently restructured. The repayment period was extended from 2020 to 2023, increasing the annual interest rate from 6.305% to 10.5%, and switching to a “bullet” repayment. This means that the full principal amount is only repaid at the end of the period.

The two other loans, ProIndicus and Mozambique Asset Management, are standard private loans and must be repaid in the next five years.

Together, the immediate annual costs of these three debts are expected to be more than $300 million per year, double the total external debt service costs in 2014.

Another point that has been neglected in the debate around these three controversial loans is additional public debt taken on since 2014. According to government declarations, the external debt stock stood at $9.89 billion in May 2016. Basic arithmetic means that, even excluding the controversial loans, a further $1.4 billion of public external debt has been incurred since 2014. This continues a worrying trend of rapid indebtedness.

What it all adds up to

Putting all this together, annual debt service costs are likely to be in the region of $500 million over the next few years, of which more than $200 million are in interest costs alone. These costs could be higher, depending on the structure of these other more recent debts.

A total of $500 million is equivalent to about 33% of conventional merchandise exports – excluding the contribution of mega-projects such as aluminum and coal – or 25% of net international reserves. This will create significant pressures on public finances.

Moreover, news that a set of major donors, including the International Monetary Fund and World Bank, are reviewing their lending to Mozambique means that access to hard currency will become even scarcer in the short term. Further depreciation of the currency is likely, which would only add to the local currency cost of the debt burden.

What action can be taken?

How can Mozambique contain this situation and avoid a downward spiral?

There are no simple solutions. However, calls by donors for full transparency and accountability around the debt situation must be taken more seriously. The government could start by opening its books to a credible and thorough external audit of the external debt, as well as of its relationships with private companies through loan guarantees and private-public partnerships.

Admittedly, a legal investigation into the controversial loans has begun. This is welcome but needs to be more than a pro forma exercise and must be free from political interference.

Substantive actions in these two domains would go some way to restoring donor confidence.

A further set of immediate actions should be to deal with the companies associated with the controversial loans. Under current circumstances, it is difficult to envisage any plausible scenario under which these companies become viable. A sensible option is to avoid further losses now.

One strategy here starts by recognising that some of the rights owned by these companies are valuable, as are the existing assets of Ematum. An international auction to these rights or to an exclusive management contract would serve two purposes. First, it would raise money to pay off the loans, thereby reducing their social costs. Second, it would provide a transparent commercial valuation of the businesses opening the way for renegotiation with creditors.

In my view, if the private lenders to ProIndicus and Mozambique Asset Management were excessively optimistic in their valuation of these businesses, they should bear some losses.

Temptations to be avoided

An unavoidable consequence of the current crisis will be some form of austerity. Here the government needs to maintain a cool head and avoid rash decisions that undermine long-term growth and fiscal health. It will be tempting to seek a new round of loans from abroad, perhaps from China where Mozambican President Filipe Nyusi will be making an official visit in May.

Of course, some short-run relief would be handy. However, there is a major risk that this is not transparent and will incur new fiscal liabilities or high long-run opportunity costs. Moreover, this approach could alienate other donors and therefore jeopardise critical sources of financing for social sectors.

The general point is that a more serious and rational approach to public debt is needed, in which loan decisions based on vanity or political preferences are avoided. Rather, rigorous analysis of project viability and the profile of their net benefits is needed. It would be helpful to enact in law stricter requirements and transparency around all new debt issues and guarantees.

Another temptation is to hand out attractive tax breaks to foreign companies to kick-start delayed natural resource investments. Again, this might provide temporary relief but this would be the public finance equivalent of selling the family silver to a pawn shop. It is critical that the long-run public value of these assets is not squandered due to poor policy decisions by a previous government.

Finally, it is essential that the government continue to invest in the foundations for sustained growth. This means that public investment in infrastructure, agricultural development and human capital (education, health) should be the main priorities. Therefore, these budgets need to be ring-fenced in some way. This is easier said than done, especially given ongoing internal conflict. Solving this political standoff is vital to get out of the current economic mess.