More Referendum Questions than Answers, and Spain Goes to the Polls 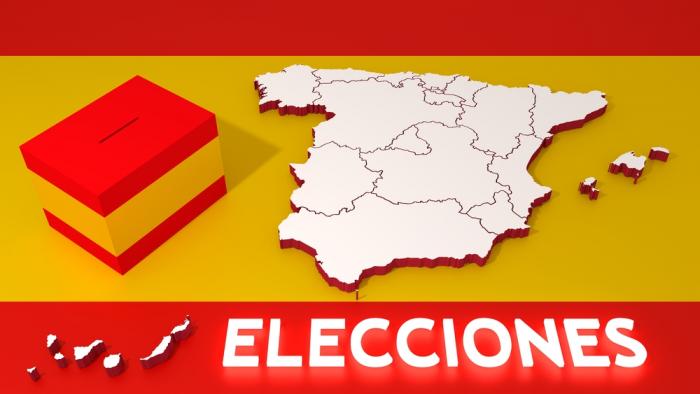 Sterling has been sold beyond the panic low seen when it became clear that UK voters were choosing to leave the EU though nearly every economists warned of at least serious short- to medium-term negative economic implications.

The UK is in disarray.  We remain struck by what appears to be the lack of a game plan by the leaders of the Brexit movement.  It is not clear to many outsiders, how Cameron can submit his resignation, in the face of a popular vote of no-confidence, and retain his post for at least three months while the Tory Party figures out his successor.  In the meantime, Cameron has backtracked from his initial plans to invoke Article 50 that formally begin the divorce proceedings.

The Labour Party is in no position to fill the vacuum created by the implosion of the Tories.  Labour leader Corbyn does not have the support from wide swathes of the party and its donors.  Over the weekend, at least a couple of shadow ministers for forced out and more than a dozen other Labour members resigned.

There is increased speculation that the Bank of England will cut interest rates and resume its QE operations.  The UK 10-year gilt yield is off 12 bp to 95 bp.  It has fallen 28 bp since the referendum.  Although the FTSE 100 is off a 1.3%, financials continue to bleed, falling more than 5% near midday in London.  The Dow Jones Stoxx 600 is about 2% lower, while the financial sector is down more than 4%.

Most other major currencies are trading broadly lower, but above the initial lows seen before the weekend.  The Japanese yen is the notable exception, though there is not much momentum.  The dollar has been largely confined to a half a yen range on either side of JPY102.  Weekend official meetings did not produce fresh concrete action, but additional fiscal and monetary measures seem likely in the period ahead.  Anticipation of this may have helped the Nikkei rally 2.4%.

The risks of intervention have increased; the threshold has not been met.  While the capital markets are volatile, they do not appear disorderly.  The first line of defense will be the swap lines with the Federal Reserve that were used extensively during the Great Financial Crisis.  The focus is on the access to dollar funding rather than the foreign exchange price.

Many fear that the UK vote is a harbinger of anti-globalization and nationalist forces throughout Europe and the US.  Whereas the forces may be on the rise, it is not inevitable.  Specifically, look at the Spanish election results.  Again, the polls did not necessarily do a good job predicting the results, but Rajoy's PP was the big winner, gaining 15 seats from the December outcome.  The challenge to the traditional two-party system faded.  Unidos Podemos lost a million votes since December.  Ciudadanos, the new center-right party, lost a fifth of the seats it had previously won.

It is true that Rajoy failed to secure a majority and the risk of deadlock remains.  However, the signals from the Socialists, which remained the second largest party, suggest the PP may form a minority government and that a better compromising mood grips the politicians.  Spanish bond have rallied strongly.  The 10-year yield is off 16 bp at 1.45%.  Similar German bund yields are six bp lower, while Italy's benchmark yield has eased three basis points.

Reports indicate that Italy is considering an emergency injection of as much as 40 bln euros into the banking system.  Recall Italy's efforts to recapitalize its banks had been hamstrung by EC demands and the new Bank Recovery and Resolution Directive.  It had set up a privately funded backstop (Atlas), but it has used much of its limited resources on two banks.  The UK vote delivered a new blow to Europe's banks, including Italy.

Australia national elections will be held on July 2.  For what they are worth, the polls point to a victory by the ruling Liberal-National Coalition.  The UK decision does not seem to have impacted the outcome.  Japan holds upper house elections on July 10. Unlike in most high-income economies, the Japanese government does not face a populist challenge.  Prime Minister Abe is pushing a more nationalistic line regarding defense and changes to the Constitution.  At best, the opposition seems to claim it can implement Abenomics better than Abe.

Meanwhile, initial poll results suggest that the UK vote has not impacted US presidential contest.  Next month both parties will hold their conventions and formally nominate their presidential candidate and vice president.

A development that may have been lost in the focus on Brexit was the increased tension between China and Taiwan.  The newly elected Taiwan President Tsai refused to endorse the "1992 Consensus" that recognizes only one China.  China has suspended diplomatic contact with Taiwan. While the MSCI Asia-Pacific Index posted a modest 0.6% gain, Taiwan's shares finished 0.2% lower.  Hong Kong, Singapore, and Malaysian markets fell earlier today.