Mining Companies and Communities Can Get Along

•
Mining Industry
•
by
The Conversation 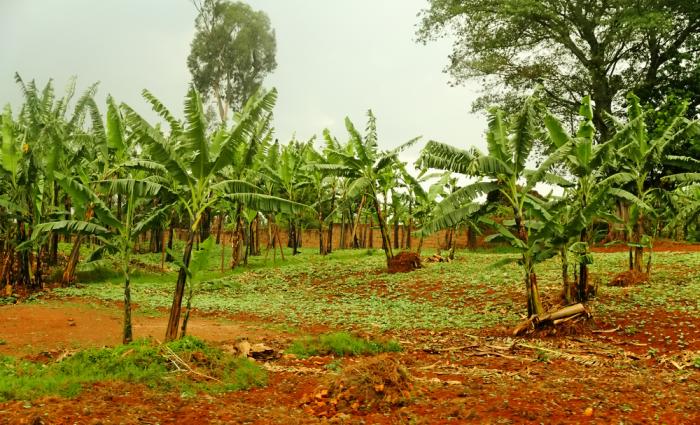 Mining in South Africa is beset with controversy. The 2012 Marikana massacre was an extreme expression of this – but dangerous conflicts can arise even before a mine is commissioned. Mining proposals are often opposed by neighbouring communities and can be hugely divisive.

This sort of conflict can escalate into violence unless the state and companies take a strategic and precautionary approach.

This was illustrated by the murder in March 2016 of Sikhosiphi “Bazooka” Rhadebe. He was part of a broad group of locals opposing a titanium mine proposed by Mineral Commodities Limited at Xolobeni in South Africa’s Eastern Cape province.

The responses to Rhadebe’s murder fail to grasp two underlying problems. The first is that the state and mining companies don’t always effectively implement progressive environmental management policies. The second is that neither the companies nor the state seems sufficiently committed to avoiding conflict.

This needn’t be the case. A thorough assessment process can bring the government, mining companies and communities together before any ground has even been broken. Historical precedent shows that these processes can help.

How it can be done

South African law requires project-level assessments before mining activities begin. These typically take mining as a given. They also tend to fall short of a broader strategic assessment of diverse alternative land uses and development options, and how these relate to each other and to local communities’ preferences.

In 1999 one of us was part of a consultant team that developed one of South Africa’s first strategic assessments for a mining project. It came in response to a proposal to mine titanium near Centane in the Eastern Cape. The proponent, Iscor, recognised the controversial nature of the proposal and, to its credit, saw the benefit of such a strategic assessment.

Our job was not just to react to the proposed project plan but to take a broader view. We looked at mining as a development option in Centane, compared it with other options and examined whether it could complement land uses like agriculture and ecotourism.

Our report recognised a number of mining’s potential benefits, especially with regard to job creation, and the construction of roads and other infrastructure. However, it also highlighted two very important risks. One focused on how the pristine estuary would be affected and the other concentrated on the very real risk of conflict – or even violence – if mine planning proceeded.

The provincial government set up a committee to assess the report and make recommendations. It paid close attention, particularly to the risk of conflict. This contributed to the project not going ahead in the end.

The point of such processes is not necessarily to stop mining. Rather, it’s to assess in a comprehensive, measured way in which mining will interact with the local context and other development options. It also gives communities an opportunity to discuss their preferences in an open-minded way. Creating such a strategic platform can help facilitate, at least to some extent, public participation based on people’s underlying interests rather than on entrenched positions relative to a specific development option.

Since 1999, the South African government has recognised the need to take a strategic approach to balancing development opportunities and environmental management. The country played a pioneering role in developing the theory and practice of strategic assessment. Local practice up to 2007 has, however, been described as largely ineffective and little more than the “emperor’s new clothes”.

The 2014 National Strategy for Environmental Impact Assessment and Management seeks to place this tool on a firmer footing. It posits an ideal situation in which strategic environmental assessments “are utilised … with clearly defined sustainability objectives”. There have been several recent examples of such assessments in line with this new policy.

Of course, as these examples illustrate, conducting a strategic assessment – even if it’s done well – is not going to do away with the fundamentally controversial nature of something like fracking in the Karoo. The point is that it provides, at least potentially, a transparent and well-informed platform for deliberation among different stakeholders. The administrative and political decision will then need to defend itself with reference to this deliberation, consistent with the notion of public reason.

These sorts of strategic assessments also ought to be used to guide decisions on mining before controversial proposals create conflicts between deeply vested interests and community concerns. However, this potential is, by and large, not being fulfilled.

It is not obvious why this is the case. One likely reason is that many municipalities and provincial governments lack the interest and skills to implement strategic environmental planning. This is particularly likely in the poor, rural municipalities in which controversial projects like the Xolobeni and Fuleni mines are proposed.

A second possible reason lies with the national Department of Mineral Resources. It still sees itself primarily as a promoter of mining rather than a facilitator of mining within an overarching need for sustainable development.

A duty to avoid conflict

The state’s duty to avoid conflict and violence, and to avoid environmental degradation, is clearly established. A key principle situated in this nexus between human rights and environmental policy is the precautionary principle. Precaution entails careful and democratic assessment of potential harm in advance of action, and a willingness to consider a range of options that includes no action. Proponents – not the public – are expected to shoulder the burden of proof, and to adopt precautionary measures to minimise risk.

Companies’ responsibility in these respects is also being clarified in international “soft” law. The United Nations Guiding Principles on Business and Human Rights insist that companies have a responsibility to avoid human rights abuses in their operations and in associated activities. Such human rights due diligence requires companies to develop conflict sensitivity. This also ought to involve a precautionary approach.

Both the state and mining companies need to be more proactive in demonstrating their duty of care. Indeed, some community activists argue that the mining companies are actively fomenting conflict and violence. In the Xolobeni case, they are openly concerned that the police are not impartial.

These grave concerns will need to be investigated. However, even if they turn out to be baseless, the government and the proponent companies are neglecting their duty to avoid conflict. Rhadebe’s murder means that things have gone too far already in Xolobeni.

It’s our belief that both the Xolobeni and Fuleni mining proposals should be put on ice until carefully facilitated strategic assessments have been commissioned. These should cover the environment and human rights, and establish locals’ vision for their own areas. Information from such assessments can help to evaluate and even reconcile conflicting development scenarios.

More regular use of regional and precautionary strategic assessments to inform controversial proposals is the least the state and mining companies can do to honour the issues raised by the late Rhadebe and his peers.