Microsoft and LinkedIn are now Connected 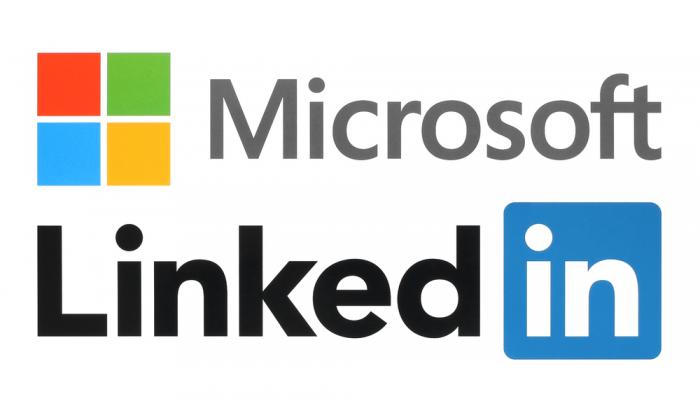 Microsoft CEO Satya Nadella has explained the rationale behind the tech company’s plans to buy LinkedIn for US$26.2 billion.  In a letter to staff, Nadella said he believes that access to LinkedIn customers will benefit the sales of Microsoft products and in exchange, LinkedIn’s growth would be “accelerated”.

LinkedIn could do with some help in this regard. Despite healthy growth in revenue, LinkedIn has lost money over the last two financial years and with an overall strategy that was failing to impress Wall Street analysts.

Nadella somehow sees LinkedIn integration with Office 365 and its customer relationship management software, Dynamics. Its previous foray into buying a corporate focused social network Yammer for US$1.2 billion has been unspectacular. Despite declarations that Yammer would continue independently, Yammer has been integrated into Office 365 and has become freely available to all Office 365 users.

This follows a distinct pattern with Microsoft to essentially try and bolster select products by continually adding new elements, increasingly now through acquisitions rather than developing them in-house.

The problem with this approach is that the benefit to both products is diluted and the integration with Office 365 reduces a product’s appeal when that isn’t the product you are using. The founder of Yammer, David Sacks, left Microsoft just two years after the acquisition, reinforcing the view that it failed to remain independent from Microsoft for very long.

Microsoft could also potentially benefit from having the data and so-called “social graphs” of 430 million corporate users. However, it is not clear what Microsoft would actually do with that data other than use it to try to sell more product to them.

Once LinkedIn is integrated into a product like Office 365, the social-graph data could be used to enhance the functionality of collaboration and communication, but it is hard to see that this alone would have been worth the price Microsoft paid for LinkedIn.

Although most users create social connections with hundreds of others on LinkedIn, many of these links are very weak. They are not people that would see a great deal of frequent interaction. Ironically, strong-tied connections one does collaborate with are less likely to be people that you would need to link with on LinkedIn.

By selling LinkedIn to Microsoft, Jeff Weiner presumably judged that an independent future for LinkedIn was not looking promising. The alternative rationale, that LinkedIn’s future was good but it looked so much better with Microsoft seems implausible, because it is very hard to see how Microsoft really improves LinkedIn’s future.

The challenge for LinkedIn has always been how to make increasing amounts of money from their customers without making it increasingly unappealing in the process. That has proved a challenge for LinkedIn and the association with Microsoft doesn’t help in this regard. Right now, most of the income LinkedIn makes is through a mix of premium subscriptions (17%), advertising (18%) and so-called, talent (recruitment) solutions (65%).

Selling LinkedIn to Microsoft seems like an easy way out for the CEO and board of the company in making money from shares that could drop further if LinkedIn failed to impress investors. LinkedIn’s shares fell 40% in February after the company reported a weaker forecast for the coming year than analysts were expecting.

Being part of Microsoft now effectively lets CEO Weiner off the hook as he only has to satisfy his internal performance targets rather than the more critical and unforgiving market. Success internally can be measured in terms of more nebulous benefits to Microsoft products, rather than real competition with the likes of Facebook and others. These competitors could benefit now from the acquisition of LinkedIn by Microsoft.

There is no doubt that Microsoft can afford to buy LinkedIn. With US$96 billion in cash and cash equivalents, the purchase will not significantly impact the company or its operations.

Ultimately, as with Skype, LinkedIn users are unlikely to stop using the product simply because Microsoft owns it. This is simply the case of one uninspiring company buying another uninspiring company with the main public interest being generated by the amount of money involved.

People will largely be uninterested in the outcome of LinkedIn’s future because for the majority of LinkedIn’s users, the absence of the network would not significantly affect their daily lives in the same way that not having Facebook or even Twitter would do.

*This article has been updated to reflect the correct cash assets held by Microsoft.

Microsoft sees integration opportunities in LinkedIn purchase – but will users care? is republished with permission from The Conversation