•
Oil and Gas Industry
•
by
OilPrice.com 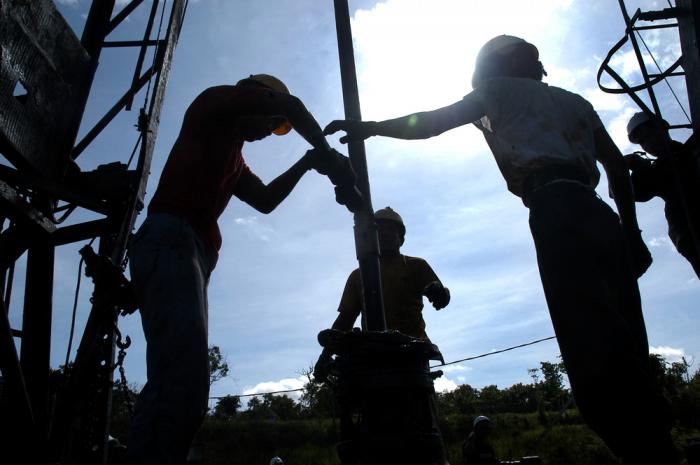 Last night the EIA once again capitulated on the myth that rig counts do not matter and the productivity of wells would largely offset, leaving the industry on a continuous path to higher output. The current consensus of 500,000 B/D additional growth in 2015 US production now appears very much at risk.

Look how far we have come, folks, from all that media hysteria this past year. Yesterday, Reuters even wrote an article stating that the EIA prediction of a sequential decline in oil production in May vs. April would be the first, if proven, true prediction. Meanwhile, fact checking would indicate that this, in fact, occurred last week as reported here. In any event the EIA now thinks that production will decline 57,000 B/D in May counter to earlier expectations that the Permian would largely offset declines in the Eagle Ford and the Bakken. This is despite higher productivity of existing wells proving that rig count does matter and the market has underestimated the effects of high decline rates.

Further, the hysteria about Cushing overflowing with oil also appears unlikely to occur, as a result. This is yet another in a string of attempts by the media to misconstrue the facts.

Now as a topper, we hear from the North Dakota Resource Management that amazingly February oil output fell 1% sequentially in the month despite producing wells increasing! Thus, dispelling the theory that well productivity would increase. To reiterate, look for EIA to revise its oil production estimates for 1Q after the crisis wanes later in 2015. The warning in an article here sounded that producers reaching deep into the lower cost, most productive regions (which is clearly occurring in Bakken), would come at a price.

That price is depletion of those regions at a faster rate, leading to cost pressures down the road. If prices do not rise to offset those higher drilling costs then production will start declining. A further point, the talk of all these uncompleted wells potentially coming on line during 2015 can now be looked upon as not increasing output, but as an effort to maintain it, which was the theory here all along (another media theory dispelled makes what, four?).

One has to wonder if "Peak Oil" at the current price deck in the US is very real indeed. Look for draws and not inventory additions to start in earnest in May. The next media spin will now focus on future risks to oil supply in 2016 to keep the oil curve flat, whether it be the rise in the US dollar or Iran. The short-term risks appear to be clearing so the attention will be turning on preventing prices from rising too high. Just this morning, Dow Jones ran an article quoting the Citibank oil analyst that days of triple digit prices are in past. Thump…that is the sound once again of someone falling off his or her chair in utter amazement as to what is occurring to distort reality.

Has The U.S. Reached "Peak Oil" At Current Price Levels? is republished with permission from Oilprice.com