Meanwhile, in the Fixed Income Market 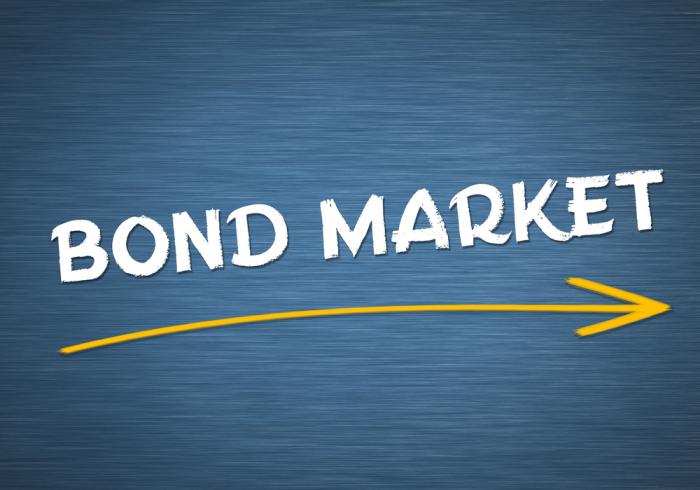 There are a few mitigating factors.  EMU countries will receive some of the funds.  These companies, including some from the US and UK, will earn euro revenues.  These revenue streams can service the euro debt.  They can earn and not buy the euros.

One of the reasons for raising euro debt is that it is cheaper than borrowing dollars or sterling, and maybe yen.  That means that the flow of debt servicing payments (coupons) is likely to be modest.  In addition, the re-paying of the borrowed euros is not imminent.  Depending on the circumstances, some companies may consider issuing more euro debt as these bonds mature.  Often analysis looks at bonds from asset managers' perspective rather than the debt managers' perspective.  Just as if the asset manager may want to diversify investments, often, corporate treasurers of multinational companies diversify their debt in terms of currencies and tenors.

The number of issues, however, is less than half of the year ago levels, according to Dealogic figures, suggesting that the average size of the issues is substantially larger.  There has been nearly $1 trillion in M&A activity in the US this year.  Almost 85% of the bonds related to this activity have been sold in the US.

Recently two US corporates have issued sterling-denominated debt.  Apple, which despite its overseas cash hoard, issued euro, yen and Swiss franc debt earlier in the year.  For the first time, the company issued sterling debt at the end of July.  IBM also issued a small sterling bond last month as well.   Roughly, GBP13.6 bln have been raised by corporates in the sterling bond market in H1 15, which is down from nearly GBP19 bln in H1 14.

Foreign companies, led by European banks, have stepped up their issuance of yuan bonds.  Dealogic reports that European banks have issued about $2.7 bln of yuan-denominated bonds this year.  This is five times more than issued in all of last year.  US and Australian banks have also issued yuan debt this year.    The development of a yuan cross currency swap market is an important step toward greater international use of the yuan bond market.

This is part of the metrics the IMF will look at in its decision whether the yuan is sufficiently used to be included in the SDR.  More broadly, the offshore yuan bond market (dim sum) has quieted this year as many mainland issuers had turned to the equity market to raise funds.  Given the dramatic drop in Chinese equities and the freezing of the IPO market, this may change.  However, there is speculation that regulators could lift the ban for existing companies to raise equity shortly.

Two new sovereign bond offerings are notable.  First, this month China has indicated it will sell two tranches of bonds to raise CNY40 bln (~$6.5 bln).  These will be evenly divided between a 3-year and 5-year offering.  Reports indicated the former would have a coupon of 4.50% and the latter, a 4.87% coupon.  The bonds will be sold between August 10 and August 19 to individuals only.  These are federal government bonds.

The bonds are thought to be part of a larger capital raising exercise to fund construction projects.  Some reports suggest that over the coming months, China may raise CNY1 trillion (~$160 bln).  However, the construction bonds will likely be issued by Chinese policy banks, such as the China Development Bank and the Agriculture Development Bank.  Local government, through special purpose vehicles, provided funding for the large fiscal stimulus in 2008-2009.  The central government is reluctant to extend its debt.

Instead, the central bank is being used.  One report suggested that the Postal Savings Bank of China would buy some of these new construction bonds with liquidity provided by the PBOC.  There are also reports that the central government will subsidize most of the interest.

The other bond offering that caught our attention is from Saudi Arabia.  Before the end of the year, the kingdom is expected to raise about SAR100 bln (~$27 bln) in five, seven, and 10-year tranches.  The governor of the Saudi Arabian Monetary Agency (SAMA) has indicated that the kingdom issued about SAR15 bln in local bonds last month.  It was the first sovereign issue since 2007.  Debt issuance might carry into next year.

The drop in oil prices has seen Saudi Arabia drawdown its reserves by about $65 bln in the past year.  Some of this likely reflects valuation adjustments.  The planned borrowing suggests that Saudi officials want to maintain their domestic spending plans, while minimizing the drawdown of its reserves.   Of course, other oil producers are also being squeezed.  Some, like the UAE, are cutting government expenditures and subsidies on fuel.  In the 1990s, when oil prices were low, the Saudi's debt also increased, and at one point, (1999) Saudi debt briefly was above 100% of GDP.  The rise in oil prices saw this fall to a record low last year of 1.6%.