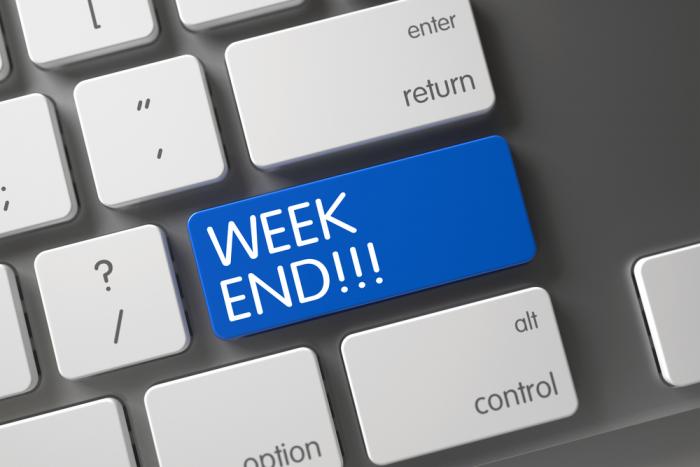 The US dollar is little changed ahead of what will likely be a thin North American session due to the US holiday on Monday.   The Australian and New Zealand dollars are attracting flows, ostensibly as a place to park funds, even though tomorrow's Australian election looks a dead heat.

Falling yields seem to be offsetting the rise in equities as a driver for the yen, which is the strongest currency today, gaining 0.6% against the dollar.   The greenback was turned lower after making a marginal new high for the week in Asia near JPY103.40.  A break and close below yesterday's low (~JPY102.35) would be bearish technical development.

Most bond yields are lower, with the US 10-year yield off four bp to 1.41% a new low.  European bond yields are mostly lower as well.  Talk that the ECB is considering moving away from the capital key determinant of its sovereign bond purchases to a debt-weighted is helping depress yields.  The idea is that given the further decline in Germany yields post-Brexit, many Germany bunds no longer qualify.

The ECB's rules prohibit buying bonds with yields less than the deposit rate.  This now excludes Germany bunds out seven years.  In addition, the fact that the premium over Germany widened may also be of concern to the ECB.  However, to buy based on the size of the debt market would mean the ECB would accumulate bonds of the largest debtor (Italy) and the surplus countries are likely to balk on grounds that it will lead to a deterioration of the quality of the ECB's balance sheet.  It will become a bad bank.

Separately the EU agreed yesterday to the Italian government providing as much as 150 bln euro liquidity guarantee for Italian banks if needed.  This might make it easier for Italian banks to sell bonds, but to boost core capital; this is unlikely to prove sufficient.  Moreover, there needs to be stronger incentive to restructure the industry.  There is also some talk of increasing the size of the Atlas Fund, the privately financed backstop.  We still think there is scope to increase the role of Italy's development bank CDP.

Prime Minister Renzi may feel more urgency as the latest polls put the 5-Star Movement ahead of his center-left PD in national polls.  This put the Prime Minister behind the proverbial eight-ball ahead of the October referendum.  If his constitutional reforms are rejected, Renzi has indicated he would resign.

In a new twist, Austria's high court has ruled that a new presidential contest.  Recall that the far-right candidate lost the recent run-off by about 30k votes of 4.5 mln case.  Vote counting irregularities were discovered.

The Eurozone economy entered the Brexit decision and ended the quarter on an upbeat.  The June manufacturing PMI came in at 52.8, the highest since last December, and a little better than the 52.6 flash and 51.5 reading in May.  The Q1 average was 51.7, and the Q2 average was 52.0.

France, hampered by strikes, was the only member below the 50 boom/bust.  Greece is at a two-year high. Germany and Austria were the strongest, but Spain, Italy, and Ireland improved.  Separately, unemployment in the region slipped to 10.1% a new cyclical low.

The UK manufacturing PMI also rose ahead of the referendum.  The 52.1 reading compares with 50.4 in May (which was originally 50.1).  The median guesstimate was for an unchanged reading.  Nevertheless, manufacturing looks to have slowed in Q2.  The manufacturing PMI averaged 51.6 in Q1 and 50.7 in Q2.

BOE Governor Carney indicated easier monetary conditions are likely necessary post-Brexit vote.  Previously, the BOE had signaled that the 50 bp base rate was the bottom.  Carney seemed sympathetic to cutting rates, but he did hint that other actions (QE?) would also be considered.

Japanese data disappointed and this will underscore expectations of additional stimulus measures from Tokyo as well.  Although there were many reports, two stand out the most.  First, inflation moved in the wrong direction.  Headline CPI fell to -0.4% from -0.3%.   Excluding fresh food, CPI also fell to -0.4% from -0.3%.  Excluding food and energy, CPI ticked down to 0.6% from 0.7% in April.  Second, overall household spending slumped to -1.1% from -0.4% in April.  These figures alone require a policy response.  That said, unemployment was steady at 3.1%, and the job-to-applicant ratio rose to 1.3, the highest since October 1991.

One bright spot was capex plans, which large companies are expected to boost by 6.2% after -0.9% in the March survey for Q1.  We are somewhat suspicious, as the June manufacturing PMI (48.1 in June vs. 47.7 in May) is the fourth consecutive month in contracting territory.

China official PMIs were reported.  Manufacturing eased to 50.0 from 50.1, while the non-manufacturing improved to 53.7 from 53.1.  Caixin's manufacturing measuring, which picks up more small businesses than the official version, fell to a four-month low (48.6) and is the 16th month below 50.

The North American session is busy.  The US reports manufacturing PMI and ISM, construction spending and auto sales.  The US economy appears to be rebounding smartly in Q2.  However, the data is unlikely to alter views of the state of economy or the outlook for Fed policy.  Yesterday, the Fed's Bullard stood by his expectation for a rate hike this year, though indicated some concern about falling inflation expectations.  Next week's jobs data will be more significant than today's data in shaping expectations.  The early call is for a gain of almost 200k net new jobs.

Lastly, we note that Mexico’s central bank got ahead of the curve by hiking rates 50 bp yesterday.  The market had expected 25 bp.  The immediate result was to send the peso higher.  However, we do not expect the rate cut to have lasting impact. The problem with the peso (-6% year-to-date) was not that rates were too low, and investors know that there is a limit to using rates to defend a currency.   Even now, the peso is weaker than it was on the eve of the UK referendum.