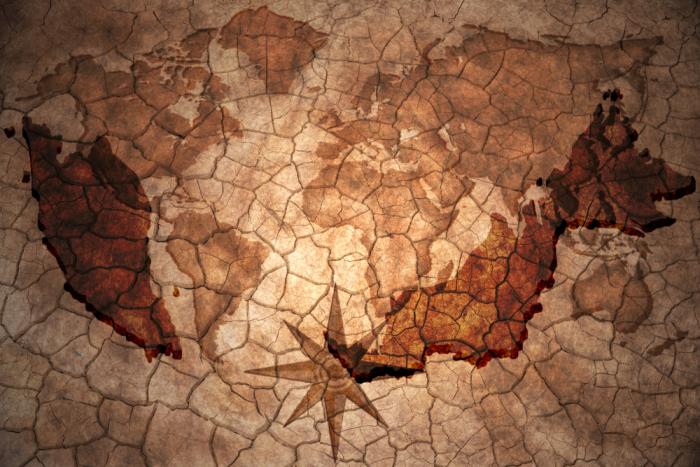 These are tiring times for Malaysian Prime Minister Najib Razak. Najib has so far managed to stay in power despite the flurry of attacks on his leadership. Political debacles have almost cost Najib his prime ministership and the popularity of the ruling coalition Barisan Nasional (BN). Facing the prospect of losing the people’s mandate in the 2018 general election, Najib is racing against time to regain public confidence.

Earlier in 2015, an expose revealed a controversial 2.6 billion ringgit (US$700 million) ‘donation’ into Najib’s personal account. This was initially attributed to Najib siphoning funds from the 1Malaysia Development Berhad (1MDB), Malaysia’s state-owned development company. Najib appeared on television to answer questions from critics and gave point-by-point rebuttals to the 1MDB controversy.

But these have failed to assuage public dissatisfaction. Some critics still believe that Najib siphoned public funds from the 1MDB — even though that allegation has not been proven in court or by independent audit firms. Najib is now left with the CEO of the 1MDB Arul Kanda to address the misconception toward the 1MDB and to implement a rationalisation plan in order to reduce its debt.

Najib’s problems do not end there. The 2.6 billion ringgit in his personal account has dented his reputation further, even though the Malaysian Anti-Corruption Commission has evidence that the money was from a donor, not the 1MDB. Critics are still unhappy as questions such as what the money was for, and whether there were any strings attached, have not been answered.

The person who has launched a major ‘crusade’ to end Najib’s political career is none other than Najib’s predecessor-turned-nemesis Mahathir Mohamad. Mahathir — the ‘PM slayer’, as one author has put it — is the single most potent force behind the campaign to oust Najib. The 90-year-old former premier’s allegations against Najib are not without defect, but many think that Mahathir is telling the truth.

After 22 years of entrenched rule in Malaysia, Mahathir is seen by some as the ‘knight in shining armour’ that could save Malaysia from Najib. Even though the prospect of Mahathir making a comeback is next to impossible, he still has influence in the United Malays National Organisation (UMNO), Mahathir and Najib’s political party. Anti-Najib party members are supporting Mahathir either openly or secretly. While most UMNO divisional leaders are firmly behind Najib, this may change depending on the momentum of the anti-Najib movement in UMNO.

Although he is criticised and mocked on the home front, Najib has scored some brownie points on the international stage. In the aftermath of the MH17 crash in July 2014, Najib negotiated deftly with pro-Russian rebel leaders to allow rescuers to extract bodies and to secure crucial flight information from the crash site in eastern Ukraine.

Najib has to play a tough balancing act dealing with China and the United States — the two major superpowers arguing over territorial disputes in the South China Sea. Najib has established good ties with both countries by allowing both American and Chinese naval ships to use Malaysian ports for transport or military training purposes.

So, can Najib and the BN survive the general election in 2018? The answer to this question depends on how Najib and the ruling party react to calls for reform. Before attempting to address Malaysia’s domestic impasse, it is important for Najib to exert a stronger and firmer hold on the government, especially the civil service. The civil servants are the key to the success of Najib’s ‘transformation agenda’. But some civil servants are bent on Najib’s downfall. Many sensitive government documents have been leaked on social media and opposition leaders have used them to attack the government.

The BN should learn from Singapore’s People’s Action Party (PAP), which won the 2015 Singapore general election. Its success taught a valuable lesson to incumbent governments around the world about securing electoral victory in the face of growing public disenchantment. The key to winning is to boldly address public concerns by making tough policy decisions. In the 2011 election, the PAP won with a popular vote of only 60 percent — the lowest it had ever recorded in its 60 years of history. It reacted proactively to public criticism, and changed many of its policy positions on issues such as affordable housing, immigration and economic stagnation. In September, the PAP won the election with 69.9 percent of the popular vote.

The PAP’s major electoral victory in Singapore shows that a dominant party system is still alive in Southeast Asia. In Malaysia, the BN lost its two-thirds majority in 2008 and 2013. There is a real possibility that its popular support will dip further in the coming election. It is important for Najib and the BN to display some real leadership in addressing people-oriented issues.

Najib should push for good governance and take matters of public interest to heart. The goods and services tax has forced more people to dig deeper into their pockets despite rising prices of essential goods and housing. The most hit economically are young middle-income professionals and graduates. While the 2.6 billion ringgit donation, the 1MDB and Mahathir’s challenge are major headaches for Najib, they will not matter much in determining his and the BN’s future in Malaysian politics.

See also: Saving Malaysia from Itself