Making Creditors Whole is not Fixing a Country's Economic Crisis 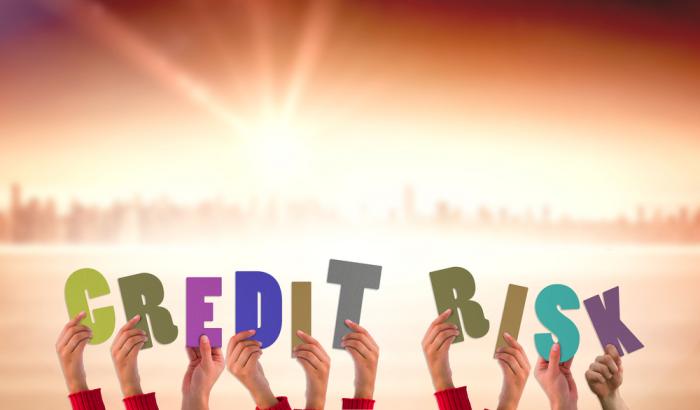 The conventional narrative has it backward.  It worries about the threats to stability emanating from the periphery in Europe.  Policymakers, investors, and economists still refer to the "Greek, Irish, Portugal and Cyprus' bailouts.  The biggest threats do not come from the periphery but the core.  The peripheral countries were not bailed out, the official and many private sector creditors were made whole.

I hosted a lunch with a central banker from Italy a year ago.  As we discussed the state of the banks in Europe, he asked, “Who do you think has spent the least amount of money to bailout out its banks, Germany, the UK, or Italy?"   Nearly everyone was surprised that Italy has hardly spent a red cent of taxpayers’ money for such purposes.

A week ago, the IMF warned that the biggest contributor to global systemic risk was Deutsche Bank, followed by HSBC and Credit Suisse.  The IMF's assessment came shortly after the Federal Reserve found that for the second consecutive year, Deutsche Bank did not pass its stress test (Spain's Banco Santander was the only other bank that failed of 33 tested).

Our constructive outlook for the US dollar has long been predicated on divergence.  In its short version, we emphasize the fact that the ECB and BOJ are still easing policy, while the Fed began the gradual normalization process.  In its longer version, we discuss other areas of divergence, including the relative health of the financial system.

Whatever metric one chooses, such as profitability, level of non-performing loans and coverage (loan-loss reserves), core capital, and leverage, large US banks are in a superior position to large European banks.

In the US, the markets are more important than bank lending to corporations.  Businesses in Continental Europe and Japan are more reliant on banks as a source of capital.  The US moved early and aggressively on both channels of capital distribution.

Europe's response was considerably slower and less effective.  When Draghi talks about the need for structural reforms, many think about labor reforms, pensions, and fiscal reforms, but without a healthier banks, it (capital) circulatory system, it is difficult to envision robust growth in Europe.

Two financial issues are eclipsing the threats to the global financial system that the IMF identified.  The first is the health of the Italian banking system, with the immediate lightening rod being Monte Dei Paschi.  The second is the closure of at least three UK real estate funds to prevent redemptions.

Italian bank problems were on investors’ radar screens long before the UK referendum.  Due to its dysfunctional politics, Italy was particularly slow to address its banking problems.  And now that circumstances are forcing its hand, its options are severely limited by the new rules, such as the Bank Recovery and Resolution Directive that requires equity investors and subordinate creditors to take the first losses before taxpayers' money (government funds) can be used.

The essence of the problem is captured in a few simple statistics.  The market cap of Italy's five largest banks is about 60 bln euros.  The unprovisioned nonperforming loans were nearly 120 bn euros at the end of March.  Monte Paschi has an estimated 47.2 bln gross NPLs.  Reports indicate the ECB wants a 14 bln euro reduction in those bad loans over three years.  Last year it sold two bln euros.

The European Central Bank and the European Banking Authority will announce the results of its stress test on banks on July 29. By its actions, the Italian government is anticipating that Italy's large banks require more capital.

To use taxpayers’ money, equity investors and subordinate creditors have to lose.  The insurance (CDS) on subordinated bonds of Monte Paschi trades as if there was about a 2/3 chance of a default within five years, and such creditors may take as much as an 80% haircut.   Consider that reports indicated that the CDS requires about 3.6 mln euros cash upfront to insure 10 mln euros for five years.

At the end of last year, Italy shuttered four small banks, and junior creditors were bailed-in. This led to a strong social backlash, which some suggest may be making Prime Minister Renzi particularly cautious now.  Earlier this year, the EU insisted on diluting the Renzi's attempt to begin in earnest to deal with the financial problems.  The result was a lightweight, under-capitalized fund that was nearly exhausted within a couple of months.

Renzi is fighting for his political future.  A lingering, messy banking crisis will spill over into the fall. Renzi's referendum on constitutional reform (cut the size and power of the Senate) will be held in October.  If the referendum is not approved, Renzi has said he would resign.  This would spark a political crisis in Italy.

Renzi has his work cut out.  The latest poll (July 1) found 34% are opposed to the Renzi's constitutional reforms, and almost 29% are in favor. A little more than 19% are undecided how they are will vote and nearly 18% say they may not vote.  The vote may only be marginally based on the merits of the issue; many will embrace it as a referendum on Renzi, Italy's third unelected Prime Minister.  He loses nothing and may gain for pressing his case hard against the EU and Germany.

Some kind of new initiative will be forthcoming shortly.  The exact details do not appear to be decided, but the broad contours are beginning to take shape.  It may involve the development bank as we have previously discussed.  It may entail a new Atlas (Atlanta) Fund or more capital for the existing one that can be used to buy NPLs.

The 150 bln euro liquidity guarantee that the EU allowed Italy last week is only a stopgap measure.  Many of the subordinated bank bonds have been bought by retail investors, many of whom of course are taxpayers too.  Are they going to be punished twice? Once by losing their savings and again as taxpayers money is committed.  It does not seem like a stretch to suggest that the way banking crisis is addressed will impact the outcome of the October referendum.

Attention on what the IMF has identified as the biggest systemic financial threat is also being deflected by the decision by three different commercial real estate funds (affecting roughly GBP12 bln in assets) in the UK to prevent redemptions.  This is reminiscent of the decision nine years ago by BNP to prevent redemptions of a few of its funds due the illiquidity of some of the investments.

The Bank of England's Financial Policy Committee report on Tuesday noted the strong foreign inflows into UK commercial real estate in 2009.  It went from a couple of billion pounds a quarter in 2011 to GBP12-GBP14 bln in late-2014 and early-2015.  The FPC estimates that at its peak, foreign investors accounted for almost half of the total value of commercial real estate transaction in London. Inflows slowed markedly in Q1 16.

Falling commercial real estate prices will likely have a wider effect and could impact bank exposures.  The BOE notes that the UK banking system is in a stronger position to deal with the challenge than it was in 2008-2009.  We doubt that many will find much comfort in that assessment.

Commercial real estate by the very nature of the asset class is not liquid in the sense that it cannot be readily sold and turned into cash.  Yet the securitization process which seems to almost promise modern day alchemy of turning illiquid assets into liquid investments.

Fund managers hold cash to face redemptions but how much is prudent? The UK experience is bound to raise all sorts of regulatory issues, including can asset managers be systemically important financial actors that central banks need to oversee.

As pressing as the Italian and UK events seem today, their resolution will do little, if anything to address the largest systemic risks of the financial system.  Europe still does not have a banking system commensurate with its size and economic importance. The eventual outcome will be to reinforce the sense that Europe has shrunk.

Return of the Repressed: Europe's Unresolved Banking Crisis is republished with permission from Marc to Market

See also: From Political Disarray Comes the BOE's Carney as the Voice of Reason