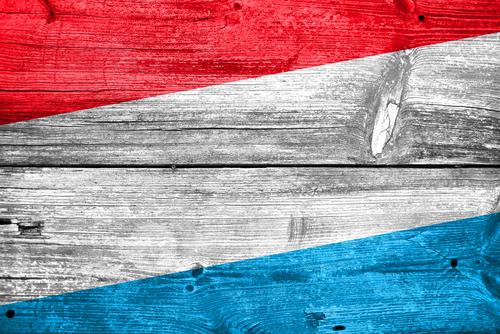 Countries are competing to lower their tax rates to please the corporate giants, but the result is a massive collective loss of revenue. Only international coordination can wipe out the practice and defeat the negative influence of the Big Four accounting firms.

Tax havens have long existed in the popular imagination as sun-kissed offshore islands in exotic locations. The LuxLeaks scandal, however, has exposed that belief as a fallacy. It has become apparent that Western nations are competing to turn themselves into tax havens with the land-locked duchy of Luxembourg leading the pack.  Despite its small population of just 550,000, Luxembourg has the world’s highest economic output per capita. In 2013, it was US$112,473, roughly double the US level. Luxembourg’s battery of lax financial and tax regulation has come in the wake of its prosperous financial sector. It has turned the Duchy into a “magical fairyland” for large corporations seeking to pay less tax.

Pepsi, Amazon, IKEA and FedEX are among dozens of household names implicated in a review of nearly 28,000 pages of confidential tax documents created by the British accountancy firm PricewaterhouseCoopers. A team of 80 journalists from 26 countries carried out the investigation for the International Consortium of Investigative Journalist (ICIJ).

PwC exploited legal loopholes on behalf of rich clients, allowing them to move profits from higher-tax jurisdictions to low-tax Luxembourg. More than 170 of the Fortune 500 companies have a Luxembourg branch, according to Citizens for Tax Justice, a non-profit advocacy group. These tax-dodging companies funnel huge amounts of money through Luxembourg. Analysis by the US Bureau of Economic Analysis suggests that direct investment from the US into Luxembourg in 2013 was US$416 billion.

The situation creates absurdities. In such a small country as Luxembourg there would never be enough office or factory space to house so many large companies, assuming employees actually worked there. But a Luxembourg address is often merely an unoccupied mailbox. ICIJ analysis of Luxembourg’s corporate registry revealed that one building at 5 Rue Guillaume Kroll is home to more than 1,600 companies; another at 2 Avenue Charles de Gaulle houses about 1,450 companies; a building at 46A Avenue J.F. Kennedy houses 1,300 more.

Law professor Sol Picciotto, an expert in international tax law from Lancaster University, said action to stamp out the abuses of tax havens needed to be coordinated at national, regional and international levels. At European level, the Code of Conduct on Corporate taxation was supposed to solve the problem, but the LuxLeaks revelations revealed it as toothless.

“The Code requires evaluation of ‘harmful tax practices’, but this is done by an intergovernmental group, which is reluctant to intervene against national measures and has to agree unanimously. The result is that when they fail to reject a tax-reducing measure, other states also introduce it,” Picciotto said.

The upshot of the unwillingness, or incapacity, of regulators to act is a “race to the bottom”. International states compete with each other to lower their corporate tax rates to attract foreign companies. Ireland, for example, has exploited its famous “double Irish” tax loopholes. The Netherlands, Switzerland, Belgium, Gibraltar and Bermuda, and many others, have established similar schemes. The UK has been creating a “patent box” tax incentive to reduce the effective UK corporation tax rate to 10%, as compared to 21%, on income attributable to patents. Shaxson describes the UK move as “foolish, nasty, disingenuous and hypocritical corporate tax offerings, in the hope that by bowing down to mobile capital in a sufficiently prostrate fashion, some corporate bosses will shuffle a few profits in its direction”.

Luxembourg may not be unique in the EU in bending tax rules, but it has gone the furthest. The leaked documents show, for example, that Memphis-based FedEx set up two Luxembourg affiliates to transfer earnings from its Mexican, French and Brazilian operations to FedEx affiliates in Hong Kong. Luxembourg agreed to tax only 0.25% of FedEx’s non-dividend income flowing through this arrangement. The remaining 99.75 % was tax-free.

IKEA has also used Luxembourg as part of a complex tax-savings strategy. Leaked documents show IKEA’s Luxembourg operations opened a Swiss subsidiary in 2009 to outsource part of their financing operations to yet another low-tax jurisdiction, allowing the company to save taxes both in Luxembourg and in Switzerland.

Meanwhile, Amazon EU, which in 2013 earned US$20 billion in sales in Europe, channels millions of euros in tax-deductible royalties each year to another Amazon company in Luxembourg, a limited partnership that is tax exempted. Because of this and other arrangements, Amazon pays a small amount of tax in Luxembourg on European sales.

Adding a political dimension to the LuxLeaks scandal is the fact that the recently appointed European Commission President, Jean-Claude Juncker, former Prime Minister of Luxembourg, signed into law the provision that allows companies to write off 80% of royalty income from intellectual property. Juncker has survived the LuxLeaks revelations and maintains that he did nothing wrong. A key theme of his defence is that “everyone else was doing it, too”, although Shaxson dismisses this argument.

“It’s a pathetic excuse as you can’t justify anything by pointing at other people. Juncker was substantially the architect of it all. He went out of his way to set up these structures and create a whole economy around tax dodging, secrecy and lax regulations. Deflection is the classic defence for these things.”

Juncker is now presenting himself as a champion of fairer tax arrangements in the EU. He has promised new tax proposals from the commission in the spring.

One of the things Juncker needs to address is the powerful influence of the world’s “Big Four” accounting firms over both private companies and government policy. The leaked LuxLeaks documents were mainly deals negotiated by the British company PricewaterhouseCoopers (PwC), one of the Big Four. (The other three are Deloitte, Ernst & Young and KPMG). Nicholas Shaxson, author of Treasure Islands: Tax Havens and the Men Who Stole the World said the Big Four were the biggest culprits in the international saga of tax dodging.

“It’s great that PwC have been exposed in the LuxLeaks scandal, but the Big Four have generally not had enough bad press. It is often not the corporate saying they want to cut their tax bills. The Big Four actively make presentations to flog their schemes hard. One PwC official said his company would happily sell a tax scheme to a multi-national if it had a 25% chance of standing up in court.”

The influence of the Big Four extends into the realms of power, employed to advise national governments and tax regulators. “They help to write the rules that allow the wealthy to avoid tax and their anti-tax world view leaks into government views,” said Shaxson. “Journalists ring them up to get an ‘expert’ view on tax for complex stories and the same anti-tax view is propagated. They’re constantly pushing the boundaries of what’s legal.”

“The Big Four are the most powerful actors in global governance today and, in my view, the most harmful. This power comes from their control of knowledge, expertise and information, much of it from the inside, due to their role in advising both corporations and governments. I certainly consider that governments should not use them.”

The line between public governance of tax and private sector interests is permeable, he said. The G20 has entrusted international tax reform to the OECD, whose officials generally have both public and private sector backgrounds. They often move between the two, seriously undermining their objectivity. For example, Jeffrey Owens, who headed the OECD Tax Centre for 25 years, is now with Ernst and Young. The previous top OECD officials on transfer pricing, Caroline Silberztein and Mary Bennett, went to work for Baker McKenzie, the law firm and tax specialists, and the recently appointed head of transfer pricing, Andrew Hickman, came from KPMG. “These people know the system needs fixing, but they prefer to carry out running repairs instead of the redesign which it needs,” said Picciotto

Professor Picciotto has plotted a way out of the shambles of international tax law. In an influential paper, he proposed a “unitary” approach to taxation that would compare the profits shown in the UK, or any other country, with the share of the companies’ worldwide business actually conducted in the UK. If they were seriously out of line, the UK companies’ taxable profits would adjust accordingly.

Although international tax regulations have become extraordinarily complicated, and need rewriting, Picciotto said the building blocks are already available in both Europe and the US. In the meantime, tax authorities could be more ingenious and aggressive in using the weapons already at their disposal.

A European proposal for a unitary tax policy presented to the Commission in 2011 and approved by Parliament is the Common Consolidated Corporate Tax Base (CCCTB). Of course, there was opposition by states such as Ireland, Luxembourg, the Netherlands and the UK. But there are signs that the European Commission may be moving towards accepting the proposals.

The EC’s 2015 work programme says this about corporate tax: “The Commission will set out an Action Plan... to move to a system on the basis of which the country where profits are generated is also the country of taxation, including in the digital economy, which also requires agreement on a Common Consolidated Corporate Tax Base. In this context, the Commission will also make very swiftly a proposal on the automatic exchange of information between tax authorities on cross-border tax rulings.”

“The CCCTB is the only effective solution and the Commission recognizes that, so they are re-launching ‘consultations’, but in the meantime are planning to try to align EU countries on common implementation of the OECD BEPS recommendations. To try to resolve the LuxLeaks issue, they propose a procedure for notification of rulings. Much will depend on how this is formulated.”