Low Oil Prices, for too Long, May be a Bad Thing 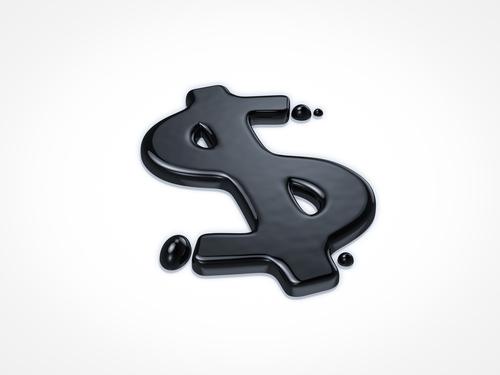 Oil prices are tumbling with Brent approaching $51 and WTI near $48.5.  This follows yesterday's announcement by Saudi Arabia of deeper discounts next month for the US and Europe.  This was a further confirmation that it adheres to its market share strategy.

Equity markets are continuing the decline that began at the end of last year.  The MSCI Asia-Pacific Index is off 1.75%, though Shanghai eked out a minor gain and the Shenzhen Composite rallied 1.7% (ostensibly on the idea of a link with Hong Kong).  European shares are trading heavily, led by the energy sector.  The Dow Jones Stoxx 600 is off about 0.4% near midday in London.

US shares are trading lower in Europe.  We have identified the gap created by the sharply higher opening on December 18 (2016.75-2018.98) as an important area.  It also corresponded with a retracement objective of that advance.  Shares entered, but did not fill, the gap yesterday.  A break of 2000 could see a return to the December low near 1972.

The drop in US yields and the 3% drop in the Nikkei, bringing the four-day decline to 5.8%, is lifting the yen.  It is the strongest currency today, gaining about 0.75% against the dollar.  The US dollar is approached JPY118.65, its lowest level since December 18.  It is not so much that investors are flocking to the yen, as the safe haven thesis implies.  Rather the yen's strength appears largely a function of short covering.

The euro can't get out of its own way.  Although it drifted higher in Asia, reaching almost $1.1970, it has come off in Europe and returned to the $1.1900 area.  The market did not seem to pay much notice to the service PMIs, and instead appear focused on the possibility that tomorrow's flash CPI reading shows outright deflation (that is a negative print).

That said there were some surprises with the service PMI readings.  France offered an upside surprise, and that is something that has not been said often in recent months.  The French service PMI rose to 50.6 from 49.8 in the flash and 47.9 in November.  Germany upgraded its flash reading of 51.4 to 52.1, which is the same as November.  Spain improved to 54.3 from 52.7.  Italy was a disappointment, falling to 49.4 from 51.8.  It is the first contraction in three months.

While the Greek election later this month is clearly the immediate political risk, we expect Italian politics to become more salient in the next couple of weeks.  When Italy yields the rotating EU presidency to Latvia in the coming weeks, Italy's president has indicated he will step down.  His replacement will pose a serious political challenge to Prime Minister Renzi.

Meanwhile, ahead of the election in the May, the UK economy appears to be losing momentum.  Today the UK reported its third disappointing PMI.  At the end of last week, it reported a weaker than expected manufacturing PMI.  Yesterday's softer construction PMI followed.  Today it was the service sector's turn.  The PMI came in at 55.8, down from 58.6 in November.  The consensus expected a 58.5 reading.  This pushed sterling to new multi-month lows near $1.5175.

The recent data are also encouraging participants to further push out when the BOE can hike rates.  The December 2015 short-sterling futures contract is evidence.  The implied yield has fallen to 75 bp, the lowest since last May.

The Australian and New Zealand dollars are firmer today.  Partly this seems to reflect cross-position adjustments.  However, Australia did report favorable news on the trade front.  The November trade deficit was about 40% smaller than expected at AUD$925 mln.  Moreover, the October deficit was revised sharply lower as well (-AUD$877 mln from AUD$1.3 bln).  Despite the Aussie's upticks, it is hard to get too excited.  It continues to run into resistance near the 20-day moving average (~$0.8160).  We suspect this bounce off yesterday's $0.8035 low is offering a new selling opportunity.

Oil Continues to Plunge, Equities Slip, Yen Rises is republished with permission from Marc to Market