•
Congo
•
by
The Conversation 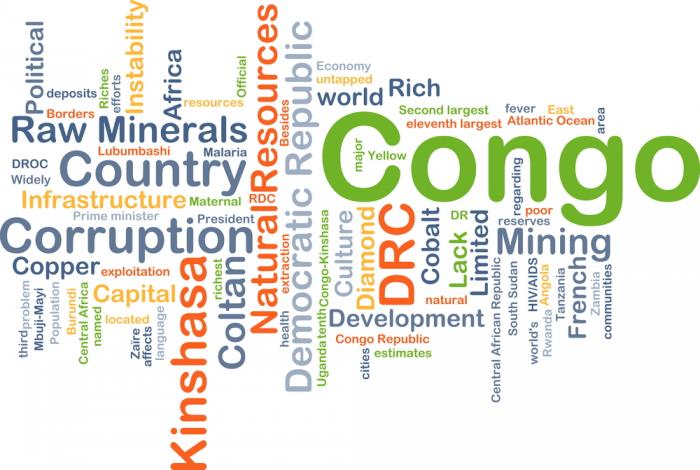 Many African countries have in recent years, shown phenomenal economic growth. However, recent developments on global markets – including the drop in prices of commodities such as oil, copper, and cobalt – have raised questions about the sustainability of Africa’s economic growth.

The instability of global market has lowered investors’ confidence, and led to questions about the health of the global market. There is a feeling of uncertainty and fears of financial global crises, especially due to a slowdown in China’s economy.

Many countries around the world, including the Democratic Republic of Congo (DRC) are feeling the impact of the fall in commodity prices, particularly minerals. The drop in the price of copper hit the DRC. Glencore, the Anglo-Swiss multinational commodity trading and mining company headquartered in Baar, Switzerland, is considering closing some of its operations in Katanga province.

Agriculture, mineral resources, manufacturing and services drives the DRC’s economy. Over the past decade, the agricultural sector has been declining as the country’s major contributor to its GDP while commodities-related industries have been rising. The mining sector accounts for one-quarter of the country’s GDP.

Last year the economy grew by nearly 9%, driven by the extractive and manufacturing industries, agriculture, commerce and construction, and a high export demand for raw material. The dramatic fall in commodity prices threatens this growth.

In addition, there are fears of increased political instability as President Joseph Kabila faces accusations of attempting to remain in power beyond his second and last five-year term.

According to the IMF, the DRC:

… remains a fragile country with vulnerabilities on the rise.

Closing mines in the Katanga province would have a devastating impact, with severe social and economic consequences.

Thousands of workers and their families depend on the mining industry. Mine closures would result in large job losses. The company employs an estimated 5000 people in Katanga without counting subcontractors.

New cities and communities have been established and sustained through mining. Small businesses have been created and new forms of commodities trade initiated by people living in the areas surrounding the mines.

The impact of mining houses shrinking their operations could cripple the DRC’s economy, which is highly dependent on mineral exports. Up to 87.2% of the economy is export oriented.

The country is therefore extremely vulnerable to commodity prices, or to drops in demand for minerals. The question that needs answering is how to avoid this permanent economic and social vulnerability?

Many African countries, including the DRC have, for years maximised and concentrated their economic activities, at least at the macro level, in only one sector.

This lack of economic diversity and extreme concentration on one sector has never benefited the continent, and will never benefit the DRC. Diversification is key – not only for GDP, but for local economic development, small businesses and entrepreneurship.

In addition to this, the DRC relies heavily on Foreign Direct Investment (FDI), mainly financial investment, at the expense of local capital investment. The country should not be depending almost exclusively on FDI to run its economy. Rather, they should allow local as well as national companies to invest in strategic sectors such as farming, agriculture, transport as well as mining.

The government could add other policies. These include:

* The DRC should encourage and stimulate local investment and they should support startup businesses. Many of the economic or financial challenges that the DRC has known for many years link to economic dependency. It is imperative that the government creates a friendly environment for citizens to invest in their communities and get all the necessary support to establish and grow their businesses in a safe economic space.

* The country must accelerate local economic inclusion by tapping into the potential of the informal market. Women and youth in the informal sector conduct a big part of small trades. These people constitute a class of informal entrepreneurs who, if supported financially and with the necessary skills and logistics, would be able to grow the economy and generate more jobs.

* Consider and promote the role and place of women in local economic development.

It is important to mention that many efforts need deployment to insure sustainability, growth, and development of the DRC. Political stability and peace are also key for long-lasting economic growth and development.