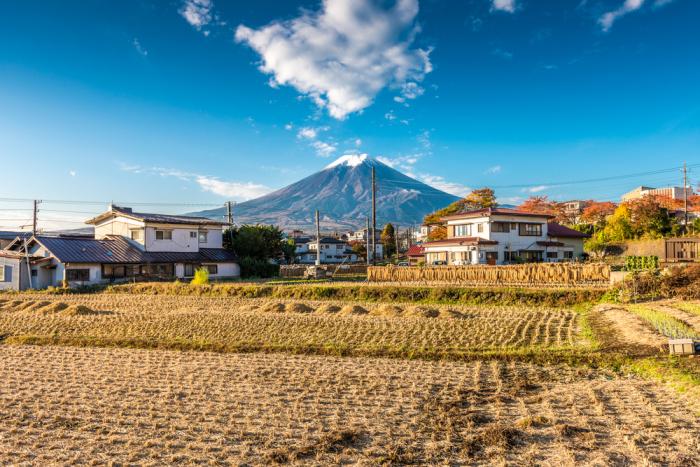 The fact that the amendments were hammered out while Japan was in the throes of negotiating its participation in the Trans-Pacific Partnership (TPP) suggests that the government was intent on strengthening competition in the farm sector in anticipation of freer trade.

However, while there is no doubt that the Abe government is committed to agricultural liberalisation, the spectre of the TPP took a back seat to domestic incentives for reform. Among those incentives are deteriorating demographic and economic conditions in the countryside and changes within JA itself.

Japanese agriculture is in the midst of a multi-faceted crisis. For starters, farmers are ageing at an alarming rate. In 2010, 23 percent of the general population was age 65 or older, while the corresponding proportion for commercial farmers was a whopping 61.6 percent — nearly double that of 1990. By 2014, that figure had risen to 63.6 percent.

The flip side of the greying of Japanese farmers has been an acute shortage of farm successors (kÅkeisha).Although statistics are sketchy on this point, one 2009 government survey suggests that at least half of farmers aged 65 and over lack successors.

In personal interviews conducted since 2014 in farm communities around the country, more concern was expressed over these demographic pressures than the TPP, the future of which has long been uncertain.

A major reason why successors are in short supply is that the profitability of farming has declined. Farm household incomes have been cut roughly in half since 1960. This is a result of shrinking consumer demand, plummeting rice prices following the 1995 liberalisation of the Japanese rice market, declining government subsidies, and the rising costs of many farm inputs and services.

What’s more, the average farm size, at just fewer than two hectares (approximately five acres), is far too small to achieve a lucrative economy of scale.

It is for these and related reasons that many cultivators are quitting farming and even abandoning their farmland. By our calculation, abandoned farmland in Japan now totals roughly one and a half times the size of metropolitan Tokyo — a politically unacceptable level given Japan’s relative scarcity of arable land.

JA has long been an impediment to the resolution of these problems. Its purchasing and marketing division jacks up cultivation costs by charging inflated fees and commissions. JA also goes out of its way to keep inefficient small-scale, part-time farmers in business, not least because they comprise the bulk of farmer-member demand for JA services. It should come as no surprise that as the Abe government confronted the myriad problems of the farm sector, it set its reformist sights on JA.

Japan’s agricultural crisis has festered for nearly a generation. That it has triggered co-op reform now is testament to the recent expansion of political opportunities for change. The ‘iron triangle’ among sympathetic Liberal Democratic Party (LDP) Diet members, bureaucrats in the Ministry of Agriculture, Forestry and Fisheries, and JA executives that dominated postwar policymaking in defence of the agricultural status quo has been steadily breaking down.

In addition, in the wake of past electoral reforms, the ability of JA to exchange votes for political favours has shrunk. These and other developments have facilitated Abe’s efforts to seize the initiative and push through co-op reforms that would have been unthinkable even a decade ago.

This is not to suggest that Abe and company are charting completely new territory: to the contrary, the evidence suggests that co-op reform is a reaction to changes that have already occurred among some of JA’s nearly 700 local co-ops. Over the past decade or so, many local co-ops have voluntarily adopted more market-oriented business models in their efforts to overcome demographic and economic pressures. In so doing, some have openly defied JA’s national service and administrative organisations.

Fukui Prefecture’s JA Echizen Takefu, for instance, all but severed its ties with the JA Group in order to sell members’ rice directly to consumers and procure farm inputs and other services from the open market. Other co-ops are pursuing profitable business ventures while remaining within the JA network.

These developments reflect a deepening entrepreneurial spirit among farmers themselves, particularly younger, full-time cultivators who are no longer content to passively follow the dictates of JA. A small but growing number of farm households are taking advantage of years of small-scale regulatory and legal changes to expand their holdings, incorporate their farms, partner with non-farm corporations, and negotiate directly with buyers.

The Abe government’s co-op reforms represent not so much a starting point for enhanced competition among local co-ops and farmers but the culmination and acceleration of market-oriented trends that have already gained a foothold in Japanese agriculture.

See also: Japan's Abe Comes to the Aid of the Agricultural Sector