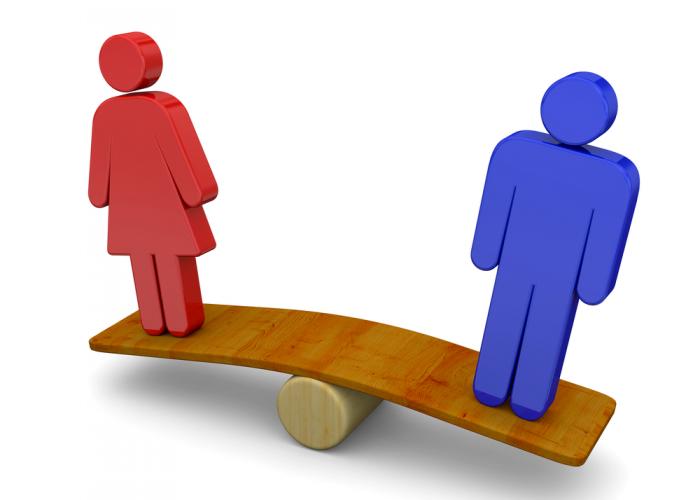 Women in Japan voted and stood for office for the first time on 10 April 1946. It was the country’s first postwar election and the first election after the Japanese government amended the Electoral Law to include women. Of the 79 female candidates, 39 were elected to Japan’s national parliament, the Diet.

Seventy years on, what is the state of gender relations in Japan? What issues now stimulate feminist campaigns and activism?

The most recent Global Gender Gap Report, which measures the gaps between men and women in each society, ranked Japan 101st out of the 145 countries surveyed. Of the report’s four subindices, Japan ranked 106th in women’s economic participation and opportunity, 84th in educational attainment, 42nd in health and survival and 104th in political empowerment.

Japan has almost closed the gender gap in education and in health, but much more has to be done in terms of economic and political participation.

Japan now ranks equal 157th of 191 countries in women’s political participation according to the International Parliamentary Union. After the 2014 election, 45 out of 475 lower house members were women (9.5 percent) and after the 2013 election, 38 of 242 upper house members were women (15.7 percent). In 2015, 22 percent of ministerial positions in Japan were held by women, but only 25 individual women have served in Cabinet in the whole post-war period. In the latest upper house election in July 2016, where half of the seats came up for re-election, 28 women gained seats, compared to 26 in 2007 and 22 in 2013.

As for work, for much of the post-war period, women’s labour-force participation has been characterised by an M-shaped curve, whereby women leave the workforce on the birth of their children and return, often part-time, when their children reach school age. Although the curve is becoming shallower, there remains a significant gap between the number of women working and the number of women wishing to work.

The female employment rate is 63.6 percent, compared with around 95 percent for men, with women more likely to be found in non-regular employment. Some 43.9 percent of women leave work on childbirth. These figures reflect the continued difficulty in reconciling paid work with domestic work, as has been pointed out by feminist critics since the mid-20th century.

Much progress on gender policy in Japan was made in the 1990s. In line with the recommendations of the Beijing Platform for Action, which came out of the 1995 United Nations World Conference for Women, gender issues became a central policy priority. The late 1990s saw the passing of the Basic Law for a Gender Equal Society, the Plan for a Gender Equal Society and the creation of the Office for Gender Equality, now in the Cabinet Office.

This growing feminist influence on gender policy was met by a conservative backlash, led by current Prime Minister Shinzo Abe of the Liberal Democratic Party (LDP), in the early 2000s. As part of the LDP’s project team for ‘Investigating the Status of Radical Sex Education and Gender Free Education’, Abe and his allies attacked various initiatives that they saw as detrimental to what they called ‘traditional’ cultural values.  This prompted media panics about such issues as sex education in schools.

Since his return to office in 2012, Abe has sought a more progressive image on gender issues. A range of policies, such as increasing the number of available childcare places, have been proposed under the slogan ‘womenomics’.

International legitimacy, as much as domestic policy, is a guiding objective behind the slogan — as Abe’s 2013 womenomics speech at the United Nations indicated. ‘I have been working to change Japan’s domestic structures’, he announced. ‘However, this is not confined merely to domestic matters … this is also a thread guiding Japan’s diplomacy.’

Contrary to the stated goals of womenomics, Abe’s government recently made it easier for employers in Japan to exploit temporary workers—a group which is disproportionately female — on long-term contracts, removing earlier restrictions.

Another controversial policy encourages the use of immigrant domestic workers in specially-designated economic zones, in order to improve women’s labour participation. This policy has been criticised for entrenching the idea that housework and childcare are women’s responsibilities. It leaves intact a work culture that makes it difficult for full-time employees to take part in childcare and domestic labour and achieve work-life balance.

It is likely that only elite professionals would be able to afford such assistance. This policy will do little to assist the large numbers of women who still leave work on the birth of their children and can only find part-time work when they return to the workplace. It would also entrench regional inequalities as those from poorer nations travel to richer nations to engage in domestic work and care work. Policies on gender relations need to be seen in a transnational and regional frame.

The ‘baby-boomer’ generation of feminists who led the women’s liberation movement of the early 1970s and the reformist feminist groups of the 1970s and 1980s are now at retirement age. They must be experiencing a sense of déjà vu, as the issues of work-life balance that they raised in the 1970s are still being debated and seem far from being resolved. This cohort of baby boomers is also dealing with the issues of Japan’s ageing society. Many face their own retirement while dealing with their own ageing family members’ need for care.

Issues of work-life balance and the gendered dimensions of the ageing society appear prominently in recent editions of feminist magazines and the websites of NGOs. A recent seminar held by the Women’s Action Network (WAN) was aligned with international campaigns on ‘decent work’. The WAN website brought these issues to life with the testimony of a working mother. ‘What I finally realised’, she wrote, ‘is that I should never hand over to the next generation the difficult working and living conditions I experienced as a working mother … we must change them’.

The history of the Asia-Pacific war continues to be a matter of debate in feminist circles, seven decades on. At the end of 2015, the governments of Japan and South Korea attempted a bilateral resolution on the issue of wartime military sexual slavery. The agreement proposed that the Japanese government would provide support to the elderly survivors through a fund to be administered by the South Korean government.

This attempted resolution was roundly criticised, not least by the survivors themselves. The two governments had failed to consult survivors, the major stakeholders, thereby displaying ignorance of the principles of restorative justice. The agreement also failed to include survivors from countries other than South Korea. It is thanks to transnational feminist activism — bringing together networks of activists from throughout Asia and the Pacific — that this issue has stayed at the forefront of international attention seven decades after the war.

In the months since the initial announcement of the agreement, there has been little progress in resolving this issue. The latest election in July 2016 gave the Liberal Democratic Party control of the upper house for the first time since 1989, providing Abe with more scope to pursue his conservative agenda.

Three years on from Abe’s womenomics speech, the flawed bilateral Japan–South Korea agreement reveals the need for more thorough integration of feminist perspectives not only in Japan’s domestic policies but also in its international relations.