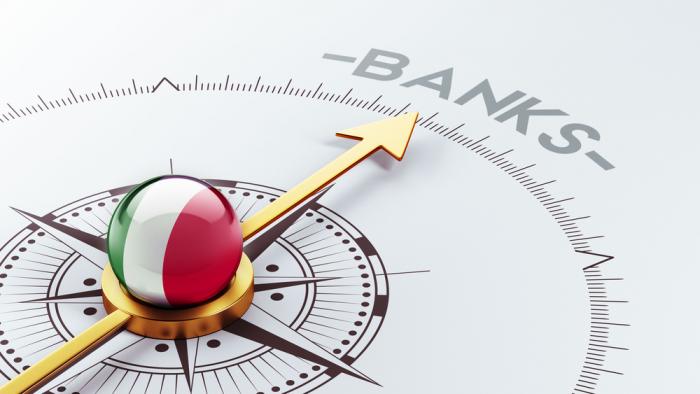 The European Court of Justice upheld the principle of making creditors bear the burden for investment in banks that sour before government funds could be used.  Italian banks are particularly sensitive to the ruling, which cannot be appealed because the European Banking Authority and European Central Bank stress tests on July 29 are expected to show that some Italian banks are under-capitalized.

The problem is that the private sector does not have much appetite and the government-facilitated Atlas fund does not appear to have sufficient resources after buying equity in two banks.  The Italian government has been engaged in what at times seem like acrimonious negotiations with the EU over the construction of a recapitalization plan.

Italian officials want to tread carefully around bailing in junior creditors.  In Italy, the junior creditors are often retail investors, especially in the domestically focused banks.  Retail ownership of bonds accounts for 15%-20% of total direct funding for several banks and nearly 12% for Monte dei Paschi, which is the focus of so much attention recently.  In the more international banks, the retail share of direct funding is considerably less, like less than 6% for UniCredit and 7.5% for Intesa.

The Bank of Italy's July 2016 Economic Bulletin notes that nearly half of the bank bonds held by households at the end of last year mature by the end of 2017, and 90% mature by 2020.  This offers Italy to put into place new rules to educate and protect retail investors.  However, it does little to address the immediate exposure of junior creditors.

The European Court of Justice was clear:  "Burden-sharing by shareholders and subordinated creditors as a prerequisite for the authorization, by the commission, of state aid to a bank with a shortfall is not contrary to EU law."  There is an exception to the principle, and that is if bailing in "would endanger financial stability or lead to disproportionate results."

Claiming extraordinary circumstances after the UK referendum seemed to be Italy's first push, but that was deftly blocked by Germany.  Prime Minister Renzi appeared to have anticipated the court ruling that found the EC did not overstep its authority in requiring subordinated creditors from being bailed in before public funds were used in formulating an alternative plan.

Italian banks shares appeared to extend their earlier decline when the European Court of Justice decision was announced.  From session highs, the low was 5.5% away.  Share prices stabilized but remain more than 2% lower on the day.  It is the first decline since last Wednesday and the second loss since July 6.

The Bank Recovery and Resolution Directive (BRRD) require a preliminary bail-in of 8% of the bank's total liabilities before government money can be drawn.  In theory, me cases, it may be possible to meet the threshold and still exclude a particular instrument, for example, like a bond Monte Paschi marketed to retail investors for an acquisition (from ABN-Amro).  However, if the stress test on Monte Paschi were to reveal a shortfall in the high end of market expectations, the 8% bail-in requirement would require all or nearly all of the junior creditors to be bailed-in.

Italian banks face three challenges: capitalization, bad loan, and profitability.  The government appears to be moving toward a recapitalization and a way to get the bad loans off the banks’ books.  The longer-run profitability of the banks may be too much to push for in this round.  If it were to mean higher unemployment, the government might not find, for example, that a campaign to reduce the number of bank branches to be particularly urgent.

Addressing Italy's bank challenges is important in its own right, but is also important politically.  In three months, there is a referendum on the reform of the Senate.  It sounds like an idiosyncratic issue, but it is significant if for no other reason than Renzi has pinned his tenure to its approval.  He has indicated he will resign if the measure is rejected.  Renzi is the third unelected prime minister, but his resignation would likely spark a political crisis.

Polls suggest that the Five-Star Movement, which won the recent mayoral contests in Rome and Turin, is more popular than Renzi's center-left coalition (PD).  The Five-Star Movement appears to have softened its criticism of the EU recently, but it continues to blame EMU for Italy's poor economic performance and social stress.  How Renzi deals with the banking issues, this summer may be more important for the outcome of the October referendum than the specific merits of the issue.