Is HSBC too Big to Fix? 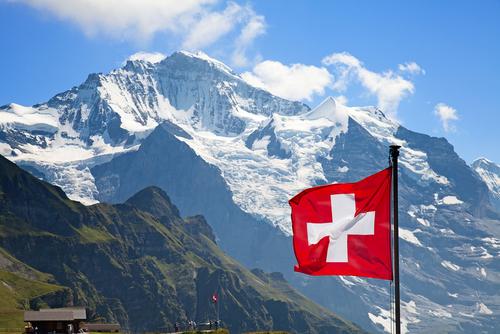 As HSBC suffers under the scorching spotlight of public scrutiny once more, it seems fair to ask why the banking group so often finds itself mired in controversy.

The latest revelations from leaked bank files about the tax services offered by HSBC’s Swiss private banking subsidiary have caused shockwaves. Its former and current leadership have faced intense pressure and Britain’s Chancellor of the Exchequer George Osborne has floated the possibility of new penalties for bankers and accountants who are found to have navigated routes along and beyond the edge of legality as they seek to cut clients' tax bills.

But for HSBC, it must seem awfully familiar. Details from the Swiss data leak have been pored over by tax officials and journalists for evidence of evasion or aggressive tax avoidance. It all adds to a long list of scandals which have led many commentators to reach damning conclusions about HSBC’s in-house culture.

Among the reputation-decimating scandals which have engulfed HSBC, we have witnessed investigations and fines over its failure to prevent foreign exchange manipulation attempts in the UK, failure to maintain effective anti-money laundering in the US, as well as sustained international legal and regulatory investigations and action over the alleged fixing of LIBOR, the rate at which banks lend each other short-term money.

Add to that fines for mis-selling of payment-protection insurance and interest-rate swaps in the UK, and you understand why the culture is questioned perhaps even more so than at other banks which have transgressed.

One explanation is a simple one: HSBC is big. As regulators and prosecutors take a more vigorous approach in the post-financial crisis era, the compliance culture within international banks has had to change, but confrontations with authorities pertain to practices, by and large, during the years preceding this culture change. And because HSBC has such a large global footprint, spanning multiple jurisdictions where these issues have been brought to light, its name is bound to come up again and again.

The role of the state

Another explanation begins with the observation that HSBC is headquartered in London and therefore falls under UK law, taxation and regulation. If Richard Brooks – a former UK HMRC Tax Inspector, and currently an author and journalist – is right about the relationship between UK tax authorities and large UK-based corporations, then one might conjecture a slippery slope between the facilitation of technically legal tax avoidance by UK-based companies and the emergence of an environment in which tax evasion and money laundering can take place. At face value, this is not obviously implausible. Brooks’ view is that HMRC has been acting on a narrow and technical definition of tax avoidance, and a thriving large-scale tax-avoidance industry is the result.

The working ingredients of this industry include off-shore corporations and trusts, as well as ready availability of banking services to facilitate the required international transfers, wealth management, withdrawals, and so on. Therefore, in terms of organisational infrastructure, distribution of footprint, knowledge and skills, it is not a great leap from excellence in supporting technically legal tax avoidance to enabling tax evasion.

Relative to other large international banks, HSBC has suffered from extremely damaging revelations made by whistleblowers. John Cruz’s revelations ignited money laundering investigations in the US, Hervé Falciani’s revelations led to tax evasion and money laundering investigations in Luxembourg, Switzerland and finally, in the UK. But it is clear that HSBC is not alone. Antoine Deltour revealed 28,000 pages of documents from the Luxembourg office of PricewaterhouseCoopers, exposing the details of confidential tax agreements between 340 of the world’s largest corporations and the Luxembourg tax authorities. These so-called “sweetheart” agreements were the final lynch pins in the corporations’ aggressive but legal tax-avoidance schemes.

The absence of whistleblowers from other large banks does not necessarily imply an absence of wrongdoing. The current public focus on HSBC could in fact be taking place for the want of whistleblowers from other big banks, rather than due to any asymmetry in conduct. In the US, it is not only HSBC that has struck a deferred-prosecution agreement in the wake of the Justice Department’s anti-money-laundering crackdown – JP Morgan Chase and Standard Chartered have been targeted by the Justice Department as well.

Although no longer a novel statement, it might be worth thinking more carefully about whether some banks can become “too big to regulate”. There does seem to be an issue in terms of the number and types of legal jurisdictions they span, in terms of the influence they can bring to bear upon regulators over extended periods of time, and in terms of the possible systemic effects of strict enforcement actions – for example the shockwaves that might ensue if a regulator stripped a major bank of its licence to operate.

From a regulatory and enforcement standpoint, it might be worth studying more carefully whether a tougher line on tax avoidance would have more than just a direct effect on this “vanilla” end of the industry, as Lord Fink might call it. If we look at tax avoidance as the “gateway drug” for clients, one which introduces infrastructure, skills and opportunities which can lead all the way down to international money laundering, then it is crucial to institute tighter gateway controls, if not more transparency.

In that case, it will be measures like Osborne’s – to introduce financial and civil penalties for facilitating tax evasion and overly aggressive tax avoidance – that may achieve just the required tightening to have a significant impact, if we can avoid diluting their strength in implementation and enforcement.

What's gone wrong at HSBC? is republished with permission from The Conversation UK