Irish PM Kenny Betting on the Economy in Election 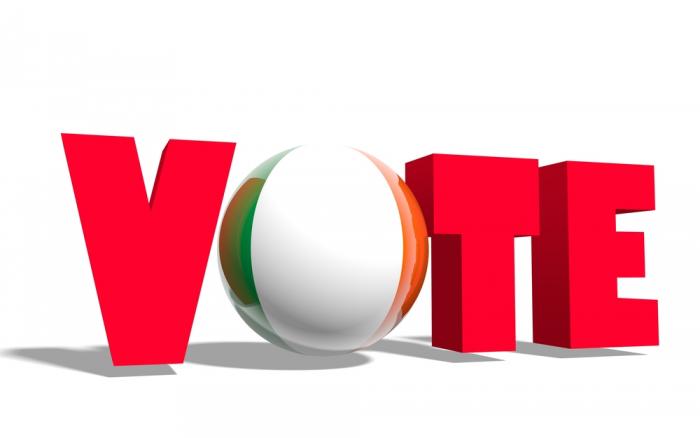 Apparently, when Irish eyes are smiling, it is time to call an election. That is what Prime Minister Kenny has done.  The election will be held on February 26.  The polls suggest that the governing coalition (Fine Gael and Labour) it may struggle to secure a majority.

In some ways, Kenny is making the same bet as Spain's Rajoy.  The economy's strength will provide a lift on Election Day.  It has not worked out so well for Rajoy though Kenny may have greater success.  However, this is most likely to be in a coalition.

This year is expected to be the third consecutive year that the Celtic Tiger is leading European growth.  Last year's 7% pace is not going to be sustained, but around 4% growth will likely be sufficient to push unemployment lower.  Unemployment peaked in 2012 near 15% and finished last year at 8.8%, the lowest since late 2008.  Both Spain and Portugal have unemployment rates above the Eurozone aggregate.  Ireland's is below it.

Ireland's 10-year bond yield peaked in 2011 near 14.2%.  It is now lower than 1%. At shorter end of the coupon curve, Ireland's 2-year yield is minus 36 bp. Since it is through the deposit rate, it no longer qualifies for ECB purchases. In comparison, Spain and Italy's two-year yields less than five basis points through zero.

Kenny's announcement was not a surprise.  There has been talk in recent weeks that picked up over the last few days.  Irish bonds have underperformed recently.  That is expressed as a widening of the premium it pays over Germany, though over the past week, it has done better than Italy and Spain.  There is some concern the any hiccup in the process could delay the privatization of Allied Irish Banks.

Irish equities are off 8.3% this year, which is better than most European markets.  At the recent lows, the Irish bourse was off 11% from the multi-year high reached late last year.  It is a painful correction but does not meet the bear market threshold.

Kenny's Fine Gael is drawing 30% while the junior coalition partner Labour is polling around 10%. This illustrates the political risk Kenny is taking though it is ultimately a question of timing.  Perhaps to ensure an ability to respond decisively if needed if the UK were to vote to leave the EU.  The European debate over immigration and Schengen is likely to intensify.  The Fine Gael does appear to be on the uptick in terms of public support.

While Irish economy recovered stronger and faster than others in the euro area did, the social scars remain.  The two main opposition parties, Fianna Fail (center-left) and Sinn Fein (left) are polling just below 20 percent.  The former is anti-austerity, and the latter is anti-EU.  Mutual antipathy prevents an alliance with Sinn Fein for either Fianna Fail or Fine Gael.  The fact that the opposition is divided will prevent a repeat of Portugal, and possibly Spain's experience.

Fine Gael is likely to remain the largest party.  It will likely lead any new government.  This too suggests a continuity of policy.  The latest polling figures suggest the governing coalition is about ten seats shy of a majority.  If this borne out in the election, there would likely be an attempt to bring into the coalition some independents or a couple of small parties.  However, given the divided nature of the opposition, a minority government cannot be ruled out, and it might be more stable than it sounds.

If an asset manager was looking to add to Irish exposure, underperformance ahead of the election may offer an opportunity if one expects the election will not disrupt the underlying fundamental strength of the economy and the general thrust of policy.  Ireland's economy is enjoying good momentum now that looks strong enough to weather some near-term uncertainty, and it is a short campaign season.  The composite PMI reported earlier today rose to 61.1 from 59.2.  It peaked at 61.8 last July and fell to 57.7 in October.

The status quo has not done particularly well in recent elections.  Ireland may buck the trend.

See also: Trying Not to Waste a Good Crisis