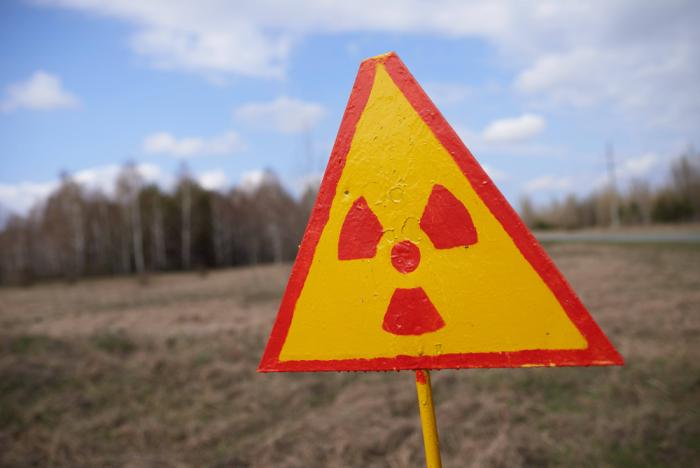 The Iran nuclear deal is effective. Yet, Iran’s efforts to attract foreign investment and accelerate growth and prosperity face new hurdles, which seem to reflect Washington’s efforts to dent the agreement.

Last January, the nuclear agreement between, Iran and the five permanent members of the UN Security Council (US, China, France, Russia, UK), plus Germany and the EU became effective. However, will this agreement allow Iran to attract substantial foreign investment and reanimate its dormant oil fields?

The simple response is that the nuclear agreement - the Joint Comprehensive Plan of Action (JCPOA) - is necessary but not sufficient for Iran to attract FDI. More is needed. Today, the rivalry for International FDI is more intense than ever before, due to stagnation in advanced economies and deceleration in emerging economies. As a result, Iran must push investment promotion, upgrade competitiveness, improve the business environment, and communicate its unique advantages, and so on.

Another external constraint – the plunge of energy prices – may also slow Iran’s growth potential. When sanctions were enacted, oil prices still hovered above $100 per barrel; today, after a tentative rebound, they are around $45.

Moreover, even if the weight of external constraints – such as the JCPOA and oil prices – will diminish, there are internal constraints that may slow Iran’s ability to achieve rapid economic growth. These constraints are well known by Iran’s leading policymakers and they can overcome by more effective long-term policies, strong anchor companies and organizations to ensure significant GDP growth. Furthermore, there are several macro factors – including political, currency and interest rate risks – that can both favor or hinder FDI flows to Iran.

Nevertheless, economic forces favor the inflow of FDI to Iran; whereas some political efforts remain that seek to undercut the potential for such progress.

How can Iran take advantage of economic prosperity after the sanctions? The short answer is by realizing its economic output potential. In the West, the conventional wisdom is that in 2015-16 the sanctions effect may keep Iran’s growth still around 0.5% to -0.5%, whereas in 2016-17 real GDP growth will climb to 4%-5.5%.

Externally, the necessary condition is that the JCPOA is sustained and oil prices will not decline further. The sufficient internal condition is that Iran can begin those structural reforms that are vital for its inclusive growth.

In the long-term, the key question is, whether Iran can use its resources – world’s 4th-largest proved crude oil reserves and the world’s second largest natural gas reserves – to diversify its industrial structure and to speed up economic modernization; that is, urbanization, infrastructure investments, agricultural productivity, and so on.

First, Iran should execute its goal to change its oil contract model to allow international oil companies to participate in upstream phases, including production. However, Iran should retain ownership. The point is to learn from foreign technologies and expertise, but not to become dependent on either. Dependency is not development.

Second, sustained economic prosperity must be built on the non-oil economy. As a result, Iran should accelerate its efforts in competitiveness, which requires upgrading current efforts and higher productivity across industries.

Can economic restoration be accelerated?

Many Iranian observers wonder how much it will take for the country to recover from the economic stagnation caused by the US and the EU – and how Iran could accelerate its economic restoration.

A rebound has begun but there is a medium-term way ahead. Amid the global crisis, Iran fell 20 positions in Global Competitiveness Indicators. The good news is that Iran has already been able to catch up and is now 74th. A moderate goal should be to catch up another 10 positions to restore the 2012 level of competitiveness.

However, the real objective should be an improvement of still another 10 rankings, which would put Iran among India, Turkey, Philippines, and Russia; that is, large and medium-size emerging economies.

This kind of accelerated growth is possible. In the postwar era, it has happened mainly in emerging Asia. However, it does require dramatic improvements in institutions, efficiencies, labor markets, business sophistication and foreign investment. Over time, it also requires focus on innovation in the economy’s key areas, in Iran’s case, in oil and gas fields.

Today, Iran’s R&D expenditure per GDP is around 0.12%, which puts it into the same league with Philippines and Indonesia. To join the emerging economies, the investment should increase dramatically, up to 0.70-1.00%, which is typical to India and Turkey. Over time, greater competitiveness and innovation ensure Iran’s economic independency.

New hurdles against the international deal and FDI into Iran

Despite substantial initial progress in Iran, some foreign investors hesitate to enter the marketplace. While circumstances are conducive to FDI in Iran in the new era, Washington’s new hurdles seem to undercut the JCPOA and undercut the return of foreign investment into Iran.

With sanctions, foreign investment plunged to just $80 million in 2013, returning to $2.5 billion last year. In the past, these projects have been in heavy industrial sectors, such as oil and natural gas, metals, coal and automotive.

What is needed is more FDI diversification into consumer sectors and financial services. A moderate goal would be to double FDI in 2016 to $5.5 billion, the peak level in 2003. However, if Iran seeks BRIC-style growth, it should seek FDI increases by magnitude.

FDI from advanced West is no longer the only option. Iran and China have outlined a plan to broaden relations and expand trade up to $600 billion over the next 10 years. Iran’s efforts to attract FDI are well aligned with China’s ‘One Belt One Road’ initiative, which seeks to spread economic development from China and Asia to the Middle East, Africa and the Americas – as well as with the Asian Infrastructure Investment Bank and the BRICS New Development Bank.

The willingness of some Western investors to expand their presence in Iran’s marketplace has been hampered by new political hurdles. In contrast to the terms of the JCPOA, Iran has so far been able to repatriate only a fraction its frozen oil revenues abroad ($3 billion of the estimated $55 billion to $100 billion).  Meanwhile, new legal obstacles have been enacted in the US (court-ordered seizure of $2billion of Iranian central bank assets), as well as visa barriers against Europeans eager to visit both Iran and the US.

Reportedly, these measures seek to undercut the JCPOA implementation and weaken the post-sanctions climate. Secretary of State John Kerry has said that the US is not standing in the way of post-sanctions business with Iran, but the execution hurdles seem to suggest otherwise.

In the long-term, the way to ensure the terms of the JCPOA is for Iran to rally the other signatories of the JCPOA (China, France, Russia, UK, plus Germany and the EU) and the international community behind the JCPOA execution.

With adequate foreign investment, Iran is well positioned to accelerate economic growth - as long as these adverse external and internal obstacles can be overcome.

Iran’s Economy after the Sanctions Deal: Why the New US Hurdles? is republished with permission from The Difference Group