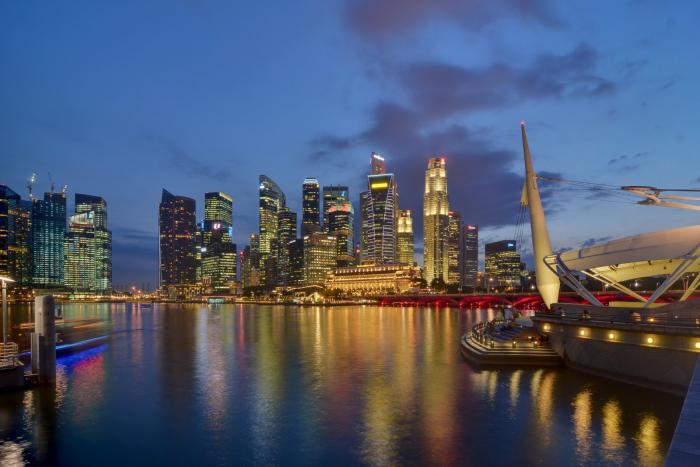 On the usual measures of economic prosperity, Singapore went from strength to macroeconomic strength in 2014. Real economic growth was between 2.5 and 3.5 percent for the year. The IMF forecast the world economy in October to have grown at 3.3 percent. Singapore continued to grow in importance as an ASEAN hub for RMB-denominated financial services, named for the ninth year running, the best global location for business and enterprise.

Inflation ran at between 1 to 1.5 percent, with real income growing purportedly at 0.4 percent. Unemployment stayed low at 2 percent. Income inequality amongst those with a job was slightly lower — with a Gini coefficient at 0.463 before government taxes and transfers, and 0.412 after — than the year before.

But these healthy numbers need to be interpreted with caution.

For example, inflation has been low because healthcare costs have been kept low, thanks to a 2014 government subsidy for the elderly, and cannot be attributed to improvements in productivity and economic performance. Income inequality is also likely to be understated, since retirees, who form over 6 percent of households, and capital income, which accrues largely to higher income groups, are excluded from the calculations. As wages consistently comprise less than half of household income, measured inequality would be much higher if both retiree households and capital income are included.

There are also some warning signs on the horizon. A mid-2014 study reported that Singapore’s household debt-to-GDP ratio had risen sharply from 48 percent in 2007 to between 78 percent and 130 percent in 2013, depending on the sources used. A rapidly rising debt ratio not only accentuates inequality but also makes households and the economy more vulnerable to negative macroeconomic and asset price shocks. If current low oil prices persist, Singapore could suffer in 2015 as oil companies reduce capital expenditure globally, affecting oil equipment manufacturing in Singapore. Growth uncertainty from lower oil and commodity prices in Indonesia, Malaysia, and China may also impact Singapore negatively.

Singapore’s economic prosperity means that policymakers face different problems from the past. A focus on rapid increases in absolute income and the provision of basic goods are giving way to concerns about relative income, the adequacy and accessibility of healthcare as well as retirement provision and public sector transparency and accountability. The elements of Singapore’s social safety net remain inadequate, but policymakers appear content with marginal changes.

For example, changes have been announced to MediShield, the state-administered health insurance scheme, which promises universal coverage and wider benefits. But premiums remain priced on commercial guidelines that vary with gender and increase. Lower-income groups and the elderly still face inadequate coverage because of short-term income fluctuations because of two macroeconomic conditions and illness. The principles of social risk pooling remain unimplemented.

Similarly, half-hearted reforms are proposed in the area of retirement financing. It is increasingly clear that relying on the social security scheme, the Central Provident Fund (CPF) will, for many, be insufficient for retirement. To address this concern, the government has announced an income supplement scheme to be unveiled in the 2015 budget. But preliminary indications suggest its impact is likely to be marginal.

Singaporeans are increasingly expecting greater social equality and public accountability. Policymakers will need to re-examine their guiding philosophies on service provision by the state, aligning them better with popular demands for better quality-of-life. This includes acknowledging that poverty matters in a rapidly ageing and affluent Singapore and introducing a means-tested budget-financed social pension for the elderly and disabled. There is sufficient fiscal space for such an initiative.

The MediShield insurance scheme should also be re-orientated along the lines of social rather than commercial principles. The goal of social protection policies is not to minimise government budgetary spending but rather the total amount of economic resources for a fair and adequate level of social protection.

A move towards greater accountability can be signalled by accepting demands to collect, which encourages higher quality widely based public policy debates. This also includes a detailed disclosure of data for CPF balances and returns, as these impact the adequacy (and public perception) of retirement financing and the government’s accountability. A similar case can be made for scrutiny of the methodology and assumptions used to calculate the ‘after tax’ Gini coefficient, since analysts face significant conceptual and statistical limitations in estimating household economic tax burdens.

Singapore’s economy continues to impress, even with some potential storm clouds on the horizon. The government’s response to calls for greater equity and accountability will determine the extent of trust and credibility it has with the populace. Current measures remain inadequate.