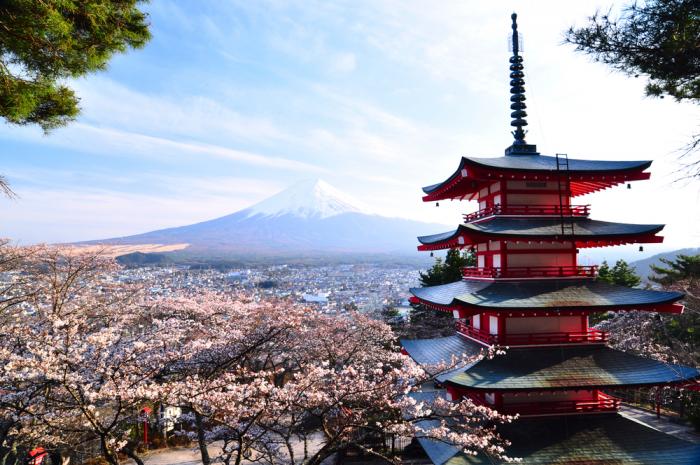 Japan registered a travel surplus of about US$10.6 billion in 2015, suggesting its growing competitiveness as an exporter of tourism. According to the Japan National Tourism Organisation (JNTO), the number of inbound tourists increased by 47.1 percent to 19.7 million in 2015, outnumbering outbound tourists for the first time in 45 years. Foreign tourists also spent a record US$32.6 billion, up roughly 70 percent from 2014. So what explains Japan’s booming tourist industry?

The Japanese government launched its Visit Japan Campaign in 2003, which led to a steady increase in the number of foreign visitors. However, to explain the rapid increase in inbound tourists in recent years, we need to focus on developments since 2013. Since then, the government has taken vigorous steps to relax relevant regulations and, along with the business community, has made considerable efforts to promote inbound tourism and favourable external conditions.

The year 2013 also saw a sudden depreciation of the yen. Other measures include the relaxation of visa rules for visitors from China and Southeast Asia, which began in 2013, as well as increased international and domestic flight routes served by low-cost carriers.

Japan has also grown more adept at marketing its unique cultural, environmental and historical attractions. UNESCO has designated Mount Fuji as a World Cultural Heritage site and washoku — Japan’s traditional dietary culture — as Intangible Cultural Heritage. Tokyo will also be the host of the 2020 Olympic Games. So far, Japan’s promotion of inbound tourism has been delivering its intended effects.

Remarkable economic growth in Asia has also served Japan well, as more households in the middle and affluent classes bring rising income and greater tourism demand. In 2014, the government also expanded the scope of duty-free items to all general goods including consumables, prompting a rapid increase in the number of duty-free shops.

According to the JNTO, tourists from within the Asia-Pacific region accounted for 85 percent of arrivals in 2015, with China alone accounting for 25.3 percent. While visitors from the United States and Europe are mostly independent travellers, 40 percent of those from China and Taiwan come on group tours concentrated in the Kanto and Kansai regions, primarily for shopping.

The issuance of multi-entry visas to Chinese tourists has led to a rise in the number of repeat visitors, and many will likely return as independent travellers with a greater variety of travel itineraries. Their travel behaviour undoubtedly will have a significant impact on the inbound tourism environment as well as on economic indices.

The development of wearable technology or smartphone apps capable of translating scanned characters is one possible way to help reduce the number of staff members needed to attend to foreign visitors and prevent accidents caused by insufficient information. This would also enable the collection of information on the needs of travellers. Tourism is a service industry and cannot flourish without attention to tourists’ needs.

Many foreign tourists are using personal blogs, social networking media and review sites, either as a source of information or as a tool for communicating their experiences in Japan. All of this points to the importance of proactively providing multilingual information and making free WiFi services available in more areas.

One notable recent trend among foreign tourists is a growing interest in daily life in Japan, as shown in their increasing visits to local businesses and leisure establishments. Japan should therefore ensure that it does not become viewed as just another cosmopolitan country. Many of the things foreign visitors find attractive are associated with the culture and customs unique to Japan, natural landscapes and interactions with local people.

Earlier in 2016, the government announced its new aim to increase the number of inbound tourists to 40 million people per year and their related consumption to US$76.8 billion by 2020, doubling initial goals. This suggests that Japan’s inbound tourism boom has had a greater-than-expected impact.

So far, this boom has been sustained in part by favourable external conditions. Going forward, though, both the government and businesses need to take more vigorous steps to make the tourism sector resilient against uncontrollable external fluctuations.

Since tourism encompasses a broad range of industries including transportation, accommodation and hospitality, capturing external demand can give a big boost to the Japanese economy. While creating a tourist-friendly environment is important, it is also crucial that Japan better understands what aspects of Japan are attracting foreign tourists.

The ongoing inbound tourism boom is an opportunity to attract potential parties who can help create new growth industries.

See also: And on Your Left, Missing Tourists