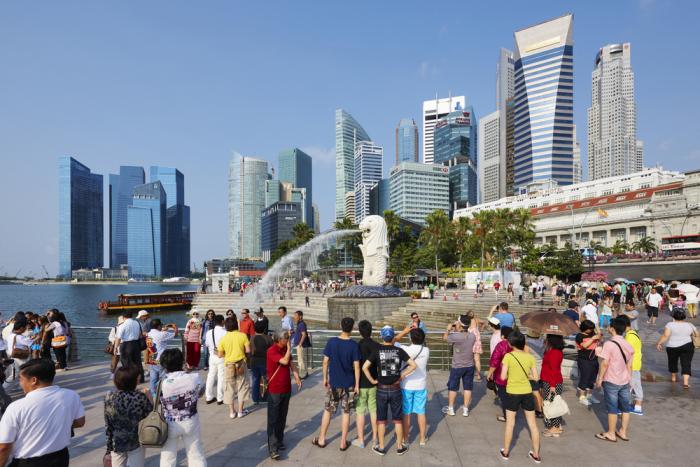 In 2015, the value of housing assets owned by households in Singapore at the aggregate level was 55% of their net worth. Ninety percent of Singapore households owned their homes, meaning that almost all households had wealth saved in housing, and households’ housing wealth was 2.1 times that of the country’s gross domestic product. In addition, Singapore is facing an aging population.

The resident old-age support ratio defined as the number of persons aged 20–64 per person to those aged 65 years and over, decreased from 9.0 in 2000 to 5.7 in 2015. Against this backdrop of asset-rich and aging households, an increasingly common trend in East Asia, Singapore is exploring ways to enable homeowners to unlock equity from their homes and improve living standards for elderly households.

Reverse mortgages failed to take off

The private sector in Singapore initially provided households an option for monetizing their housing wealth. NTUC Income, an insurance firm, introduced a reverse mortgage scheme for private housing homeowners in 1997. A reverse mortgage allows homeowners to borrow money using their home equity as collateral. In 2006, OCBC Bank joined NTUC Income in offering reverse mortgages. However, both institutions discontinued their schemes by 2009 due to a lack of demand from borrowers. Among the reasons for the low demand were: i) conditions for borrowers in the reverse mortgage schemes were fairly complicated, and ii) lenders wanted properties with long remaining leases as collateral, so that in a leasehold setting, fewer households were eligible to apply for the reverse mortgage.

The Housing and Development Board (HDB) provides public housing for sale in Singapore. In 2014, 81% of residents lived in public housing, making public housing the dominant mode of accommodation in Singapore. HDB homebuyers receive public housing on 99-year leases with the property reverting to the government upon lease expiry. The HDB introduced the Lease Buyback Scheme (LBS) in 2009 marking the entry of the government in providing homeowners an option for monetizing their housing wealth. Under the LBS, households sell a tail-end portion of their property lease back to the HDB. To be eligible for the LBS, homeowners have to be of retirement age, live in HDB flats with three or fewer rooms, and have a gross monthly household income of S$10,000 or less. Homeowners receive a bonus of S$20,000 for participating in the LBS.

Singapore’s compulsory savings plan, the Central Provident Fund (CPF), is the primary policy conduit to encourage homeownership as well as support elderly persons in Singapore. The scheme means to ensure households have enough savings for mortgage payments when young as well as sufficient resources for retirement. The LBS targets toward increasing the living standards of elderly households and it works in tandem with the CPF. Money freed up from housing through the LBS is a credit to the homeowner’s CPF account. Homeowners can choose to withdraw funds from the LBS that are in excess of the target retirement balance. Elderly CPF members receive lifelong monthly payouts based on their choice of annuity purchased using their CPF retirement balances.

The following example shows how the LBS scheme works. Consider a family who bought a HDB apartment in 1990 on a 99-year lease. In 2015, the remaining lease on the property is 74 years. The family can retain 30 more years of the lease and sell the remaining 44 years of the lease to the HDB through the lease buyback scheme. The HDB determines the value of the remaining lease based on the property’s market value estimate and credits the amount to the family’s CPF account. Similar to a reverse mortgage, the LBS enables the elderly to remain in their current homes and communities while unlocking their home equity.

Introducing flexibility and providing other options

Peace of mind is an important feature of the LBS. The HDB reassures homeowners considering taking up the LBS by ensuring comfortable accommodation for them should they outlive the lease they have retained. In addition, homeowners can also choose to terminate the lease early and return their flat to the HDB. In such a case, they receive the appropriate refund from their remaining lease.

Homeowners also have access to other options for monetizing housing:

The HDB provides a Silver Housing Bonus of up to S$20,000 to elderly households that sell their current flat and buy a smaller one.  There is a recently introduced flexi lease scheme for two-room HDB flats with lease periods ranging from 15 to 45 years.  Households can also sublet their flats or rooms in their flats to earn additional income.

Singapore is progressively enabling elderly homeowners to monetize their housing assets. New schemes are under exploration and existing ones adjusted to meet the context of a leasehold real estate environment and the changing needs of elderly households. Homeowners can use these schemes together with their CPF savings-funded annuity schemes to secure their standard of living in retirement.