How Postal Banking could Save the American Poor from Usury 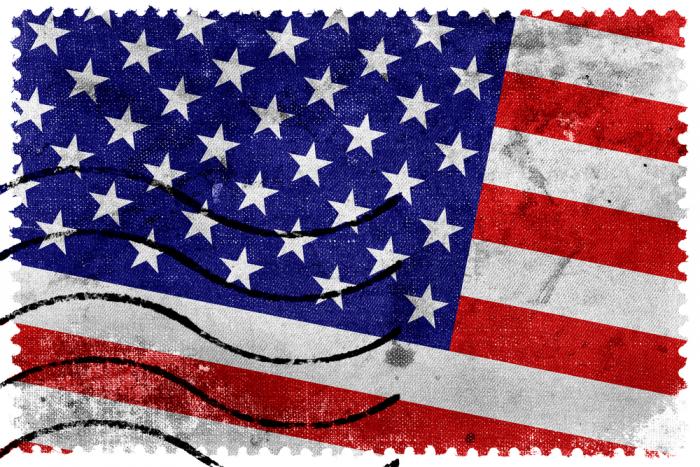 Bernie Sanders has proposed bringing back postal banking to save millions of unbanked Americans from the clutches of payday lenders.

There has been a storm of publicity surrounding Bernie Sanders’ rhetoric about a corrupt American financial system and his promises to break up the largest Wall Street banks. However, Sanders also wants to tackle another deep-rooted social problem that gets much less publicity even though it is profoundly related to the rise of the banking behemoths. At the bottom of the ladder, more than 30 million poor Americans are unbanked, or under-banked. In their pursuit of profit, the banks have deserted them, leaving them prey to unregulated lenders who are as unscrupulous in their own way as the bankers at the top.

This places the poor in a perilous financial position in the event of a sudden financial emergency. Official government figures from the Federal Reserve show that more than half the households in the US could not come up with US$400 to cover a medical emergency without borrowing and almost two thirds lack enough savings to get by for three months if they lost their jobs.

Millions of these unbanked Americans have fallen into the arms of payday lenders whose interest rates are uncapped. They can rise as high as 1,900%, but rates of 200%-500% are commonplace. Some borrowers seek payday loans for emergencies, but many use them to pay for necessities like food and rent in the low-wage US economy. Payday loan outlets frequently set up shop on military bases and nursing homes, where they are guaranteed a clientele with low fixed incomes.

Sanders’ solution involves using the national Postal Service to offer basic financial services to the poor, such as small loans and remittances. In an interview with Fusion magazine, he said, “If you are a low-income person, it is, depending upon where you live, very difficult to find normal banking. Banks do not want you. In addition, what people are forced to do is go to payday lenders who charge outrageously high interest rates. You go to check-cashing places, which rip you off. And, yes, I think that the postal service, in fact, can play an important role in providing modest types of banking service to folks who need it.”

The idea of bringing back postal banking to the US did not originate with Sanders, however. It was first proposed three years ago by Mehrsa Baradaran, a University of Georgia law professor. Baradaran has authored a book about the exclusion of the poor from the normal credit system, entitled How The Other Half Banks. The title was inspired by the powerful photojournalism of Jacob Riis, whose 1890 work on the slums of New York, How the Other Half Lives, provoked a housing reform movement.

In her book, Baradaran outlines the direct link between modern high-profit banking and the millions of unbanked poor. As banks became richer, they ceased to see the business case for banking the poor. “With the deregulation of the 1980s under Ronald Reagan and Margaret Thatcher, the ‘purpose’ of banks changed. The idea was to free them from the burden of government regulations so they could find markets and serve everyone,” she said.

“But they became obsessed with their ‘bottom line’, refuting suggestions they needed to be more regulated by arguing that ‘it will affect our profits’. Before the banking revolution, no one would have used that argument. The main purpose of banks was to serve the public. The ‘bottom line’ became a weapon they yielded to stop anyone threatening their profits and it has salience for policy-makers.”

However, it turned out those pesky banking regulations had been critically important in forcing banks to serve people. “As they grew more and more profitable, the banks abandoned low-income clients because they couldn’t make as much money out of them. Even community banks and the savings and loans banks, were forced to merge and abandon their missions to serve the poor in order to find more lucrative markets. That’s when payday lenders, check cashers, and title lenders moved in to fill the void,” she said.

Before the early 1980s, there were no payday lenders in the US. However, since the deregulation of the banks, there has been an explosive growth in their numbers. According to the Better Business Bureau, the number of payday lenders grew from 2,000 in 1996 to around 22,000 by 2008. Baradaran says there are now more payday lenders than branches of Starbucks and McDonald’s combined.

The typical customer, she says, is indebted for 199 days a year. They become trapped in a cycle, taking out new loans to repay the principal one. A typical two-week payday loan with a fee of US$15 per US$100 equates to an annual rate of about 400%, she says. The average family earning US$25,000 a year but without a bank account spends about US$2,400 a year on financial transactions, which is more than it is spends on food. Even those who manage to open regular bank accounts face disproportionately large fees and harsh penalties for small overdrafts.

In How the Other Half Banks, Baradaran writes “We do not ‘rise and fall as one people’,” a phrase carrying an ironic echo of the words President Barack Obama used to justify the bank bailouts. “Two banking systems exist in America: government-supported banks that serve the well-off and a Wild West of fringe lenders and check-cashing joints that answer the needs of everyone else.”

Neither can the poor rely on networks of family and friends to bail them out. Most poor people live among other poor people, she says. “I have a variety of friends and family I could hit up for a small loan and they wouldn’t miss it, but most poor people are not in that happy situation,” she said.

The vast majority of Americans are morally uncomfortable with usury on the poor and disprove of extortionate interest rates. “Religious traditions, including Jewish, Christian and Muslim, all have strict codes against usury. Even without religion, most people regard it as exploitation.” A smaller number, on the political right, say the poor need to be ‘educated’ to avoid debt, but Baradaran dismisses the notion.

“What if I need a US$500 loan to fix my car and I can’t go to work without it so I will lose my job? These folks have minimum-wage jobs without reliable schedules and they’re not unionised so they can be fired. It is a rational decision to pay for the car. The question is how much do we want people to pay for that loan?”

Baradaran argues that the answer lies with the US Postal Service, which could provide a source of finance that would not exploit the poor. Postal banking is common in most of Asia and Europe, and only about 7% of the world’s national postal systems do not offer some bank-like services. There is also a precedent in the US, where from 1910 until 1966 the Postal Service banked millions of Americans, before being phased out in the heyday of community banking.

“The Post Office banks could fill the void left by the departure of community banks,” said Baradaran. “They don’t have profit as the main motive so they can offer a fairer deal. They would be self sustaining and any profits would go to the treasury.”

Her solution would resurrect the historic role of the US postal banking system as an instrument of social inclusion, she says. From the outset in 1910, the post-office administrators had high ideals, emphasising their mission to serve every community regardless of costs and not to be profit-oriented. They stated that postal banking “is not a money-making adjunct to the Post Office Department... Its aim is infinitely higher and more important”.

The moral foundation of US postal banking was evident throughout its short history. It brought millions of immigrants and rural dwellers into the US banking system and provided a safe haven during the Great Depression for the savings of the poor. Post-office war stamps and treasury bonds, Baradaran says, even helped fund two world wars.

The US Government, however, cannot force the Postal Service to offer banking services. The decision has to be taken by the USPS Inspector General who endorsed the idea back in a report last year. He suggested the Postal Service should consider not only opening savings accounts again, but also expand into short-term loans and debit cards.

“Postal banking can level the playing field by offering savings and checking accounts, money transfers, and small loans so the poor can escape the expensive cash economy,” said Baradaran. “At the moment the poor are the only ones who have to rely on market forces and pay way above the market rate for credit.  It is a terrible irony of the system we have now that the less money you have, the more you pay to use it.”

See also: Do You Have the Right Personality for a Loan?