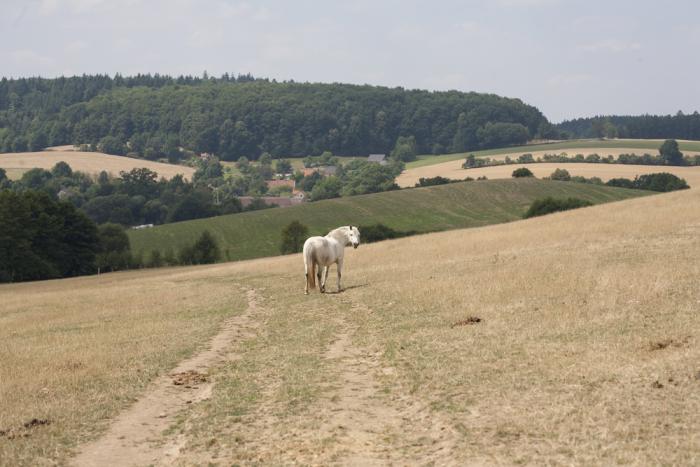 Conditioning has trained us to be skeptical when someone says this time is different.  It often means to justify some excess.  However, we still need to be sensitive to changing circumstances and relationships.

There are three ways that this monetary cycle is objectively different then past cycles.

First, the Fed has adopted a target range for Fed funds as opposed to a fixed level target.  Second, the central bank pays interest on excess reserves.  Third, the size of the Fed's balance has become a new tool that did not exist previously.

These differences are critical in trying to decipher the investor discount.  For example, many investors and analysts, including ourselves, have made an assumption about where Fed funds will trade relative to the range.  The general assumption is that the effective rate (adjusted for the size of transactions) will be in the middle of the range.  The logic to the assumption was that in the current 0-25 bp range, the effective Fed funds average over the past 100 days has been 13 bp - the middle of the range.

What if this assumption is wrong?  Maybe Fed funds are averaging the middle of the range primarily because of some distortion of the zero bound.  To minimize the risk of a dramatic market (over)reaction, the Fed may couch the hike verbally by highlight the gradual pace of increases and the likelihood that the terminal rate is considerably lower in past cycles.  Indeed, the July FOMC minutes suggests as much.

However, the Fed could back up the verbal guidance by providing sufficient liquidity to keep the effective Fed funds rate at the lower end of its range.   The interest on excess reserves is set at the upper end of the range.  By preserving the widest possible gap between the effective Fed funds rate and the interest on excess reserves, Fed officials may have the greatest ability to control monetary conditions.

Under this scenario, there are important ramifications on what the market may be discounting.  If Fed funds average 13 bp for the first 17 days of September and then 25 bp for the remaining 13 days, then it would imply an average for the month of 18.2 bp, not far from where the September contract is currently implying.  It is also consistent with the strong expectations of a rate hike picked up in the surveys.

There are several reasons to expect that this tightening cycle gradual, and peaking well below past cycles.  The usual reasons stem from macroeconomic considerations such as modest growth potential and low inflation.  However, there is another consideration.  Never before has the size (and shape) of the Fed's balance sheet been used for the conduct of monetary policy.

Next year at least 5% of the assets on the Fed's balance sheet will mature.  This includes more than $200 bln of Treasuries.  Due to early prepayment risk, it is more difficult to assess what happens to its agency holdings.  Keep in mind that Fed officials have argued that the easing of the expanding central bank balance sheet lies in the stock of holdings more than purchased themselves.  That means that reductions in the balance sheet make monetary policy less accommodative.  Officials will want to control the process and not let the arbitrary maturing instruments dictate the pace of tightening.

Officials may choose to replace some even if not all of the maturing instruments.  Those allowed to mature will augment and supplement the more traditional tightening channel of increasing the Fed funds target.  The point is that this cycle is different because of the Fed two tools to change monetary conditions, the funds rate, and its balance sheet.  A wider spread between the effective Fed funds rate and that interest paid on excess reserves may give the officials greater control of the process.  This also means that the surveys of economist expectations and market prices are not as far apart as it seems using conventional assumptions.

The Fed: What is Different This Time? is republished with permission from Marc to Market