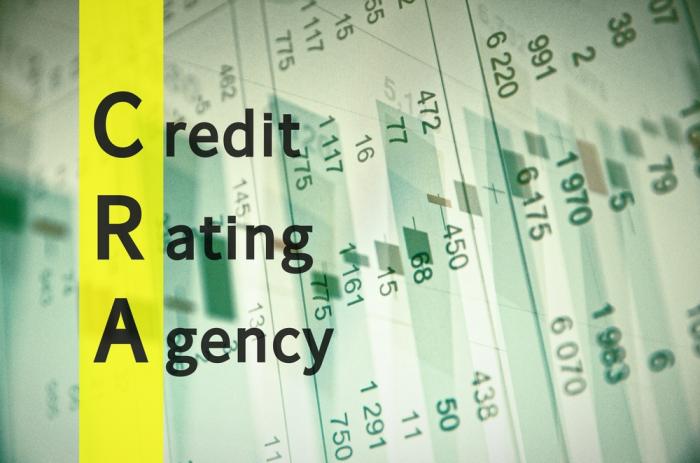 Australia’s AAA credit rating was under pressure even before the election and is now looking decidedly shaky. Ratings agency Standard & Poor’s has moved Australia’s rating outlook from “stable” to “negative”, due to debt and a poor chance of budget repair.

This follows warnings from the other major credit rating agencies – Moody’s and Fitch Ratings. The problem is budget repair will only become harder over the coming years, whatever the final numbers in the parliament.

On the parties' approach to budget repair, the Coalition and Labor are virtually indistinguishable as far as the credit agencies are concerned. The May budget projected a deficit (in underlying cash terms) of A$37 billion in 2016-17, gradually falling to $6 billion over the four-year forward estimates.

Labor’s plan is to reduce the deficit from $39 billion to $11 billion over that time. Both Coalition and Labor forecast a return to surplus over the subsequent years and indeed quite large surpluses ten years from now. Budget repair on this scale was utterly implausible before the election and is fiction now.

The government’s so-called “zombie” budget measures were baked into its projections over the forward estimate period. These were mainly the cuts to university funding, family payments and the Pharmaceutical Benefits Scheme. None of these had any prospect of being legislated with the past Senate, never mind with a larger, more powerful set of crossbench senators.

The Parliamentary Budget Office estimates these “zombie” measures to be worth $8 billion in total over the forward estimates. This accounts for roughly half of the difference between the total projected deficits of Coalition and Labor over the same period.

In short, there is little or no prospect of achieving the budget repair that is a pre-requisite for maintaining Australia’s AAA credit rating. Both sides of politics need to spell out to all Australians what this means. The effect of a credit downgrade is like an income cut to households, businesses and government.

It’s similar to the effect of a decline in the terms of trade (relative prices of our exports), and similar to a loss of national productivity. All of these things effectively reduce our national disposable income. We become poorer as a nation.

This flows through to the general level of interest rates in the economy, so all firms and households with debts face higher borrowing costs. This can lead to less spending and hiring of workers by firms, and less disposable income for those households.

The major credit agencies are huge private organisations entrusted with capital of shareholders. They make calls about credit ratings not for political purposes but based on what is in the best interests of investors.

The credit agencies are simply making rational assessments. The probability of Australia eventually defaulting on its debt is extremely low, but it is not zero and it is rising, which is important.

The slightly higher risk of default would result in a small downgrade from AAA, as occurred in the 1980s, by the major credit agencies. In turn, this would imply higher interest rates, as it did back in the 1980s.

In addition, when rates on overseas borrowing go up because of a larger foreign risk premium in our interest rates, the Australian dollar is likely to fall, as it did dramatically in the 1980s, from US 72 cents to 60 cents in the space of three months. When the Australian dollar falls for this reason, our international purchasing power is reduced.

This is quite different to what happens when the Reserve Bank raises interest rates through its control over the official interest rate. In that case the Australian dollar is likely to rise, in the short term at least, which increases our international purchasing power – we can buy more from overseas with our income.

The parliament is like the Roman emperor Nero: “fiddling while Rome burns”, an apt analogy since Europe is where we are slowly headed economically and that won’t be pretty.

Australia could be about to lose its AAA rating, and here’s why is republished with permission from The Conversation