Having the Renminbi in the SDR Club 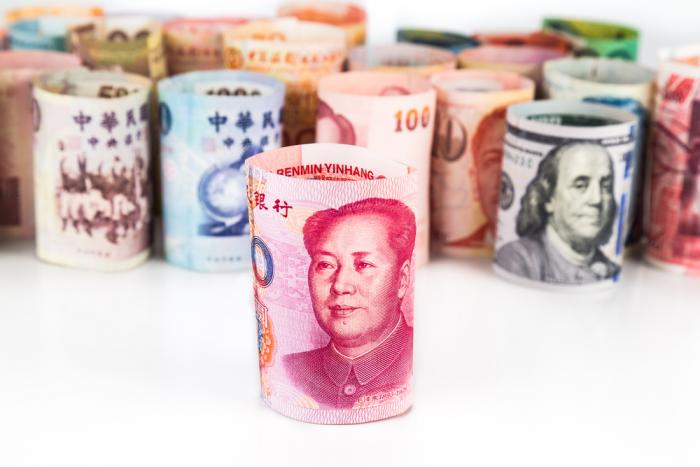 The announcement sparked renewed discussion of the RMB’s internationalisation and speculation as to how Beijing’s financial policymakers would respond. In pursuit of an international currency, would they fundamentally change their management of the currency or ease controls on cross-border capital flows? Even if it was more symbolic than substantive, the decision was generally interpreted to indicate real commitment to the financial liberalisation necessary for investor faith in the RMB as a truly global currency.

Yet there is another side to the story. In assessing the RMB, the IMF displayed a willingness to apply a more flexible interpretation of its own criteria for SDR inclusion. This was a political recognition of the need to accommodate the RMB within the architecture of global financial governance. Normative influence would appear to be running both ways when it comes to China’s financial internationalisation.

There is no doubt that RMB internationalisation is going to take place on the back of significant change in China’s financial system and in the relationship between the Chinese Communist Party and financial capital. However, it is important not to ignore the ways in which the global financial order itself is adapting to accommodate a highly resilient and state-centric model of Chinese economic governance, which fundamentally differs from the existing liberal framework.

A deeply contested political process is playing out within global financial centres on the frontline of cross-border RMB market development. The established policy framework for understanding these dynamics is that of the monetary trilemma. Under the trilemma, policymakers must choose two among three desirable monetary policy objectives: the free flow of cross-border capital, domestic monetary policy autonomy and exchange rate stability. No economy can successfully pursue all three. Accordingly, wider international adoption of the RMB will be contingent upon much looser capital account controls and a more flexible exchange rate policy.

Still, Chinese policymakers are testing these policy constraints in their efforts to stabilise not only the exchange rate, but also cross-border capital flows and the domestic money supply. Not content with choosing only two out of three policy objectives, the People’s Bank of China (PBoC) has been striving to implement an increasingly open capital account whilst retaining significant control over the currency market.

This testing of the trilemma is taking place primarily in Hong Kong, where offshore RMB liquidity is deepest. The CNY/CNH differential — the price ratio of renminbi traded inside and outside of mainland China — provides a picture of how market sentiment is clashing with Beijing’s efforts to retain influence and exert control over the currency.

Since Yu Yongding criticised PBoC’s vigorous and unpredictable interventions in the foreign exchange market in February 2016, the RMB exchange rate has stabilised. The bank’s governor, Zhou Xiaochuan, did not simply let the market decide, as Yu advocated. Nor was it possible to ignore market sentiment in what ultimately amounted to a process of mutual adjustment across the CNY/CNH divide.

An important factor in this stabilisation has been glossed over in the analysis of China’s reform progress and macroeconomic fundamentals. Amid increasing uncertainty within the offshore financial environment, many institutional investors have become more willing to tolerate deeper levels of state control over both the currency’s exchange rate and cross-border capital flows.

Capital controls were targeted at portfolio investors and speculative trades, with the headline aim being to shock those who sought to challenge the central bank and its foreign exchange reserves. Yet interview-based fieldwork in Hong Kong reveals that deeper shifts in investor attitudes are also occurring.

Concerted measures to supervise capital flows through the imposition of stringent reporting requirements and real-time investor identification have dampened speculative bets on the currency’s movement. At the same time, Hong Kong-based investment strategists have been consistently advising their clients not to bet against the PBoC and its approach to the monetary trilemma.

Prevailing wisdom holds that the only route to the RMB’s internationalisation is a dramatic free-market transformation of the Chinese financial system and a corresponding liberalisation of the political economy in which it operates.

The offshore RMB market remains underdeveloped and is currently experiencing stagnant growth in an environment of tremendous global economic uncertainty. Still, there are early signs of how the conflict between different visions of financial and monetary governance is leading to change on both sides.

Even as we scrutinise the progress of Chinese financial reform, we must pay closer attention to how the global monetary system is evolving, especially as the global economy’s liberal foundations look increasingly questionable.

Is global finance adapting to the renminbi? is republished with permission from East Asia Forum