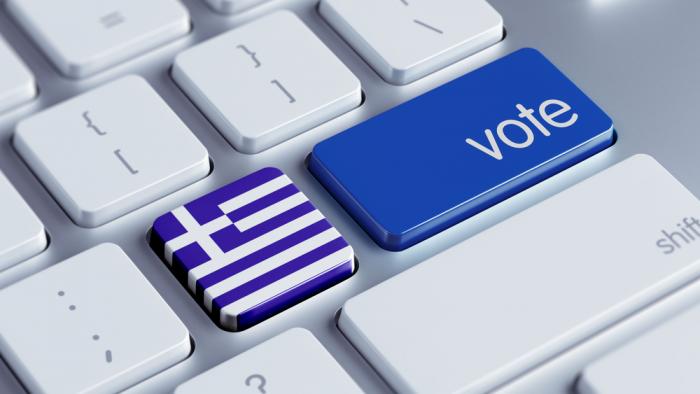 Greek Prime Minister Tsipras is celebrating the one-year anniversary of his election.  He offered Greek voters an opportunity to replace him last summer, but they stuck with him.

Many economic issues remain unresolved. Pension reform promises to be a flashpoint between the Tsipras government and the official creditors.  Although the G10 has eleven members, official creditors are no longer represented by the Troika, as there are now four.  The ESM has joined the EC, ECB and IMF.

When S&P upgraded its rating of Greek debt at the end of last week to B- (from CCC+),  it explained that it expects an agreement on pension reforms by the end of March.  Even before the S&P move, it was already a step above Fitch and two notches above Moody's.  BBH's proprietary model sees it as a B credit.

The Greek labor and social security minister quoted on the news wires suggested he hope to conclude the discussion with domestic stakeholders in the coming days.  The bill can then be submitted to parliament.  Essentially, in response to the creditors calling for additional cuts in primary pensions, the Tsipras government is pushing for boosting contributions.

The reforms include merging several pension funds and reducing social security spending by 1% (of GDP) this year.  The pensions for younger people will be reduced.  The creditors are looking for more details.  In particular, the government's plan appears to leave small, short-term funding gap.

However, even more pressing is the immigration challenge.  The EU interior ministers are meeting in Amsterdam today.  Reports suggest that the previous three bln euro deal with Turkey to control its borders with Greece has largely failed, and EU ministers are contemplating a fallback option.  It is to shift the defense of the Schengen area to Greece's northern border with Macedonia.  Macedonia is not an EU member though it has received EU assistance in the past.

Athens rejects such proposals, as it would pen the refugees in Greece, whose economy is already broken.  Greece is proposing giving more aid to Turkey to stem the flows.  A report in the Financial Times estimates that 43k migrants have arrived in Greece this year already.  There is concern that the pace of migration will increase with spring in central Europe.

European officials sound increasingly desperate.  If the external borders of the Schengen area cannot be defended, the more it will be eroded internally.  Already, at least, seven countries have re-introduced internal border checks.  The Luxembourg Deputy Prime Minister spoke for many when he said "In no case should be abandon Schengen, it is really the be-all and end-all of the EU. The EU Migration Minister Avramopoulos said, "The refugee crisis today is threatening something bigger than simply the Schengen Treaty.  European unity as a whole is at stake."

Europe needs a broader solution, and as we noted last week, it will likely jettison the so-called Dublin rule that makes the first EU country of entry responsible for the welfare of the asylum seeker.  Like in many sports, the violation of the rules of the game is incorporated into the rules themselves.  The rules allow for a temporary suspension of the Schengen Agreement.  These rules could be amended to allow such suspensions last longer.  Allowing more exceptions to Schengen is not much of a solution, but does shape the distribution of the refugee problem.

With Draghi clearly opening the door for additional easing of monetary policy in March, and the refugee problem also likely comes to a head around then, European assets, and the euro is likely to have a rough ride even if the drama of the first couple of weeks eases.