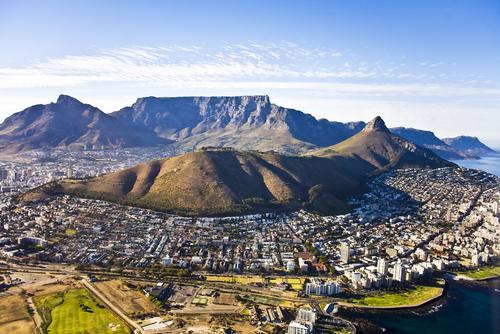 The impact investing space is growing in Africa and could be the trigger this developing continent needs for faster sustainable development. As the MDGs are being replaced by the SDGs in 2015, new development concepts and policies are being floated for Africa to adopt. Impact investing could be one of the best strategies if embraced and well implemented across the continent.

Most African economies have poor basic public services in terms of healthcare, education, infrastructure, water, energy, housing and technology. Efforts by the governments to improve the conditions in the past have been met with budget constraints and lagging implementation marred by corruption.

Nevertheless, many African countries have in the recent past adopted the Public Private Partnerships strategy as a way of bringing on board the private sector into the national development agenda. There is also increased democratization of governments as well as concerted efforts to tackle the security scare in most African countries. Both these initiatives have led to an increase in Foreign Direct Investments to the continent and especially in Sub Saharan Africa. This has eventually contributed a great deal to improving the situation on the ground, but still left some social gaps unattended.

NGOs and other donors on the other hand have been doing a lot of work in Africa in trying to alleviate the poor economic status and fill the social gaps left. Major areas covered by donors and NGOs usually are in healthcare, education and sanitation. However, these interventions have been coming in terms of short-term projects that die out after a while, thus leaving the people drawing back slowly to their former poor economic state.

Based on the shortcomings from the donor dependency and the short-term effect of NGO projects, Africa therefore needs an alternative strategy to boost its economic development sustainably. It is on this background that impact investing is being advocated for; due to its focus on both financial returns and social good for the communities involved and the economy as a whole.

Gaining momentum from 2007, the impact investing concept has made major milestones both in terms of funds mobilized an invested as well as the geographical coverage. South Asia and Sub Saharan Africa are the current major target regions by the asset managers and investors in the impact investing space. The focus is on improving livelihoods, conserve the environment and help mitigate some of the chronic social problems in those regions.

That combined focus on social benefits and financial returns fits well to the challenges facing Africa as a continent. The capitalistic economies in most countries in SSA have resulted in a few individuals growing wealthier each day at the expense of social welfare of the masses. With the requirement under impact investing to specifically measure the social impact from investments; investors will then be obliged to factor in environmental and social benefits to their investment plans. This will ultimately help to sustainably deal with the social challenges Africa faces, even as the investors grow their wealth through financial returns.

Africa is a frontier market and the opportunities it presents can best be capitalized on when the social welfare of its population is at the core of the development agenda. Impact investing presents such a strategy that is all inclusive in terms of social benefits and financial returns. As we focus on having sustainable economic development, it will be a great idea to have governments in Africa embrace the idea and formulate legislation that supports impact investing.