Flag Patterns for the Dollar and Euro seem Fitting 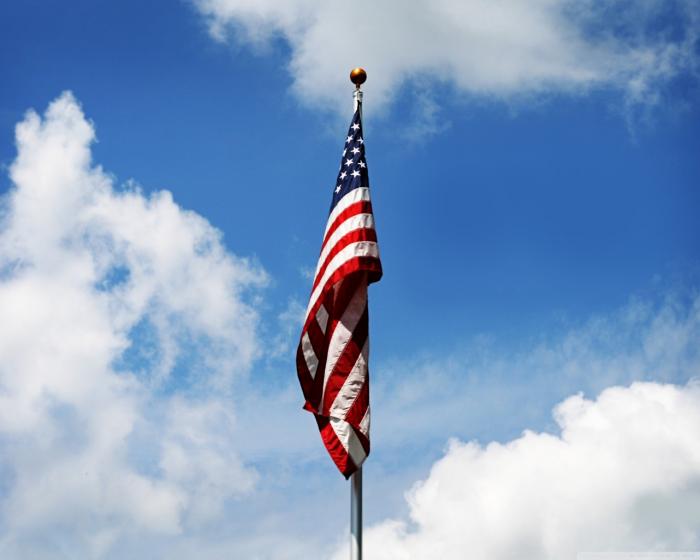 The US dollar turned in a mixed performance in the week after the UK decision to leave the EU.  There was an acute market reaction for a couple of days, but the disruption to the financial system was not major.

Officials and investors feared worse. The initial line of defense, central bank swap lines were barely used. The Bank of Japan was the only central bank to draw on the Fed's lines, and even then, the amount was inconsequential ($2 million).

Outside of sterling, which lost nearly 3% on the week, the Swiss franc (-0.3%) and the yen (-0.5%) were the worst performers as so-called safe haven buying was reversed.  The dollar-bloc and the Swedish krona did best as risk appetites seemed to return.

Consistent with this was the 4% rally in the MSCI Emerging Market equity index.  This was the largest weekly rise since early-March.  It finished the week at its highest level since June 9.

Both the Dollar Index and euro appear to be carving out a flag pattern.  Flag patterns are usually continuation patterns.  If valid, it would suggest that from a technical point of view, addition dollar gains are likely.

The dollar was turned back from the week high near JPY103.40 before the weekend, and it was pushed to the lower end of its narrow consolidative range (JPY102.40).  The RSI is low and flat, but the MACDs are about to turn higher.  The slow stochastics are also constructive.

We suspect that the blowout move to JPY99 satiated many of the yen bulls, and are more inclined to buy dollars on further weakness, in anticipation of a recovery in US job growth, and new stimulus in Japan after the July 10 upper house election.

After the historic drop, sterling spent most of the past week consolidating in a triangle pattern, which is also often a continuation formation. The top of the triangle is formed connecting Monday, Wednesday, and Thursday's highs. It is near $1.3490 now and falls a cent by the end of next week.  The bottom of the pattern connects Monday and Thursday's lows. It is found by $1.3215 now and $1.3340 on July 8.

One of the implications of this pattern is that sterling made the highs for the week on Monday. If the move below JPY100 exhausted the yen bulls, it may take a push through $1.30 to satisfy the sterling bears.

It seems that the down moves were more impulsive than the upticks.  Moreover, sterling remained under pressure against the euro and recorded fresh two-year lows ahead of the weekend (euro pushed briefly above GBP0.8400). We look for the euro to rise into the GBP0.8500-GBP0.8600 area in the coming weeks.

The Australian dollar extended its advancing streak to a fifth consecutive week with a 0.2% gain.  The technical tone remains constructive with immediate potential extended toward $0.7520. The weekend election, where a dead heat in the polls seems to favor the governing coalition, and the RBA meeting next week, may have discouraged speculative interest.  This may have deflected some speculative attention toward the New Zealand dollar, which gained 0.6% last week.

The Canadian dollar was the strongest of the major currencies, gaining 0.85% on the greenback, and rose for four consecutive sessions.  Important support for the US dollar, near CAD1.2850, remained intact.  It corresponds with a retracement objective and the 20-day moving average.  A convincing break could warn of a move back to CAD1.27.

One of the things that may have helped the Canadian dollar was the recovery in oil prices.  The August light sweet crude contract snapped a two-week decline.  That said, the strong momentum in April and May gave way to a better two-way market in June.  Over the last six week, there have been three advancing and three falling weeks.  In the six-week prior, oil rose in five weeks.  The technical tone seems consolidative in nature.  It requires a break of the $45-$50 range to be of any significance.

The US 10-year yield fell for the fifth consecutive week.  On May 27, the yield finished at 1.85%. This week it dipped below 1.38% and closed near 1.46%.  The decline in yields is happening as the US economy accelerates toward trend growth.  The Atlanta Fed says Q2 growth tracked 2.6%, while the NY Fed puts it at 2.1%.  Less than half of the decline in nominal ten-year yields can be explained by a decline in inflation expectations.  The 10-year break-even fell 17 bp in Q2, whereas the 10-year yield fell 45 bp.

Shifting expectations for Fed policy may also be playing a role in driving down long-term yields.  The two-year note yield has also fallen for the fifth consecutive week and fell 41 bp since the end of May.  However, we suspect the most important driver is not what is a happening in the US, but the continued fall in yields in Europe and Japan.

German and Japanese rates are negative through 15 years, and the entire Swiss curve offers negative yields.  The French curve is negative out eight years.  And, importantly, given the ECB's self-imposed prohibition against buying bonds with yields less than the deposit rate (minus 40 bp), this means that Germany Bunds out seven years are no longer eligible.

The 10-year may be one small shock away from being disqualified.  French bonds through four years are ineligible, and there may have been some days that the five-year bond could not be included in the program.

That said, the September 10-year note futures spent last week consolidating the re-pricing triggered by the Brexit decision above the price highs seen before the referendum.  The market appears stretched (e.g., is bumping against the upper Bollinger Band), but broad sideways trading ahead of the job data rather than an outright correction may be the most likely scenario.

The S&P 500 traded at 2113 as the UK went to the polls on June 23.  It reached a low of 1991 two sessions after the vote.  It then proceeded to rally strongly, finishing each session near its highs and poked through 2100 ahead of the long holiday weekend.  The S&P gapped lower to start the week but gapped higher Wednesday, leaving a bullish two-day island bottom.  This year's high was set in early June near 2120, and the 2015 high was 2135.  They are the obvious targets.  The speed of the market’s recovery probably means that there was not broad participation.  This may suggest good buying could materialize on the next pullback, which would then stop shy of technical objectives.