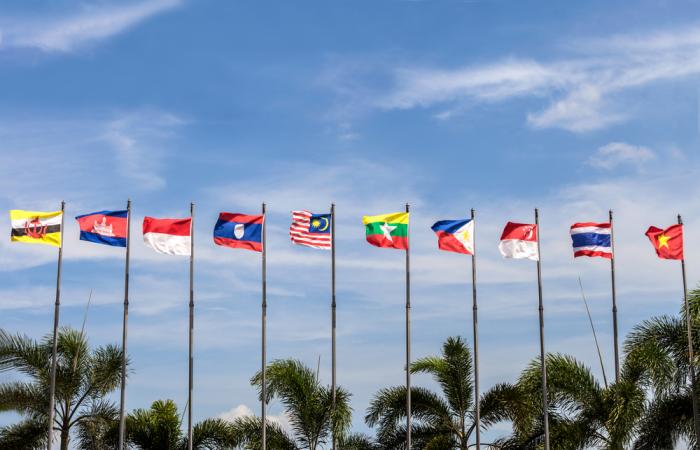 Since ASEAN’s creation in 1967, it has contributed enormously to regional stability and prosperity. It consists of 10 countries whose populations total over 600 million people. In addition, its economy ranks collectively as the third largest economy in Asia and the seventh largest in the world.

In 1994, ASEAN also created another regional organisation — the ASEAN Regional Forum (ARF) — that now consists of 27 countries. It holds regular ministerial meetings between foreign ministers and defence ministers. The procedures that the leaders of ASEAN have developed are unique to its culture. They are based on ‘an ASEAN way’ that involves unanimous agreement at a pace comfortable to all. Careful attention is paid to avoiding public disagreements or openly differing views.

ASEAN has presided over a remarkably peaceful Southeast Asia, given the region’s history of war and conflict from the 1950s to the 1970s. In a remarkable ideological reconciliation, Vietnam was admitted as the seventh member of ASEAN in July 1995. Since then, ASEAN has presided over a part of the world where there are growing territorial disputes and rising nationalisms. Yet there has been no armed conflict between states for 37 years.

From a strategic perspective, there is great value in having a common ASEAN position and objectives. Collectively the ASEAN group of countries exercises formidable strategic advantage. They occupy a crucial geopolitical position astride the vital sea routes between the Persian Gulf and Indian Ocean to the west, and the South and East China Seas to the east. Over one-third of the world’s seaborne trade passes through Southeast Asian waters, including about 80 percent of both China and Japan’s oil imports.

From ASEAN’s perspective, the organisation is critical for guiding the region towards a peaceful consensus on avoiding regional conflict. In February 2016, when US President Barack Obama hosted representatives from the 10 ASEAN countries in Sunnylands, California, he declared that the United States and ASEAN ‘shared the goal of building a regional order where all nations play by the same rules’. This statement came at a time when China was increasingly asserting a unilateral military presence in the South China Sea, leading some ASEAN countries to lean further towards the United States.

However, it needs to be acknowledged that ASEAN does have some serious deficiencies, some of which are of growing concern as tensions in the region mount. ASEAN has been criticised because of its reputation for endless discussions and its refusal to address difficult differences. The same accusation can be levelled at the ARF, perhaps with even more justification. There has been very little progress in concrete military confidence-building measures, such as a multilateral agreement to avoid naval incidents at sea.

One current priority of the ARF and ASEAN is to develop preventive diplomacy measures that can be applied to regional hotspots and provide early warning of mounting tensions. However, there has been virtually no progress in this admittedly challenging diplomatic area. There has been some improvement in military transparency and cooperation in such important areas as piracy, terrorism, and humanitarian and disaster relief.

With regard to the South China Sea, ASEAN has been talking to China about negotiating a code of conduct under the auspices of the interim Declaration on the Conduct of Parties in the South China Sea signed by all members of ASEAN and China in November 2002.

However, almost 14 years later the talks continue about ‘promoting peace, stability and mutual trust and ensuring the peaceful resolution of disputes in the South China Sea’. In the meantime, there are increasing disagreements about territorial claims and delimitation of international borders. There is an increasing danger of military incidents arising that could involve a serious miscalculation, including sinking a warship or shooting down a military aircraft.

There is an urgent need for arms control and disarmament agreements in the face of increasing military capabilities, rising nationalisms and highly sensitive territorial disputes. Unlike during the Cold War in Europe, in Asia there are no counting rules for strategic nuclear warheads or negotiations to reduce nuclear weapons stockpiles. Neither are there any agreements about the disposition of increasingly lethal modern conventional weapons systems.

ASEAN and its ARF counterpart urgently need to start addressing some of these issues; otherwise, other regional organisations such as the East Asia Summit will take over the central role of managing regional security. Still, the peace has been kept and it is far better to talk than indulge in confrontation and armed conflict.

While ‘the ASEAN way’ has undoubtedly tended to sweep difficult issues under the carpet, it has drawn an ever larger group of countries into the ARF, including the United States, China, Japan, Russia and India. An annual forum in which to express their views and hold bilateral meetings on the sidelines is of considerable strategic benefit.