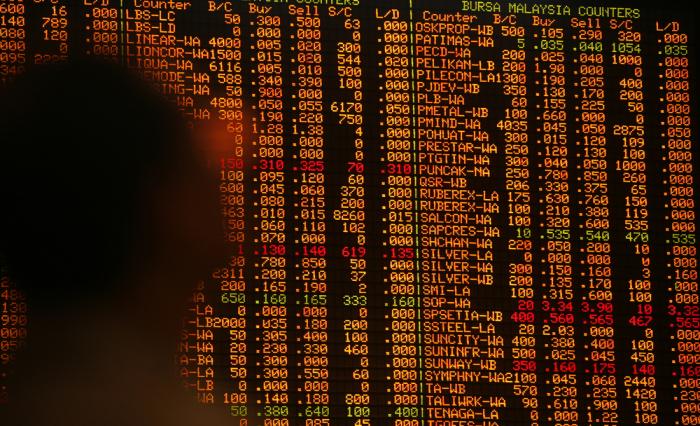 The inability of the US stock market to sustain gains following the Chinese rate cut has left the market unsettled.  Similarly, despite early gains, Chinese stocks finished lower, with the losing streak extended into a fifth session.

Many Asian markets did gain, including a 3.2% rise in the Nikkei, and the MSCI Asia-Pacific Index gained about 1.5%.  However, European bourses are off by about 1.3%, though mostly within yesterday's ranges.

US 10-year yields are holding on to most of yesterday's gains, but European bonds have rallied, helped by the falling equities.  The firm US yields may be lending the dollar some support.  The dollar is firmer against the yen and European currencies, but is softer against the dollar-bloc and many emerging market currencies.

The euro traded approached $1.1560 before falling out of favor.  Support is near $1.14, the lows recorded yesterday before the US equity swoon.  The dollar appears range-bound against the yen between about JPY118.45 and JPY120.  Sterling reversed lower yesterday after briefly poking through $1.58.  It has tested $1.5650 today.  There is scope for another half-cent decline today.

The North American session features three Ds: Durable goods orders, DOE's weekly energy report and Dudley's speech and Q&A.  The decline in aircraft orders dampened headline durable goods, but the internals expect to be constructive.  Shipments, excluding aircraft and defense goods, expect to post the second consecutive increase, which would be the first time since last summer.  Orders for the same goods also expect to have risen.  It would be the first time this year for back-to-back gains.

US oil inventories expect to have risen by 1.4 mln barrels.  It would be the second consecutive build.  Since the $40 a barrel level was broke on Monday, the October crude contract has been unable to get back above that threshold.  Initial support is in the $38.80-$39.00 area.  The short-term technicals appear to favor another recovery attempt.

New York Fed President Dudley discusses the regional economy in NY at 10:00 ET.  The Q&A may be more interesting than the prepared remarks.  Although his comments will be scrutinized, it is unreasonable to expect him shed much light on next month's decision.  However, the type of discussion about recent market volatility may be telling.  The September Fed funds futures contract implies that the effective Fed funds will average 16 bp next month.  They have been averaging about 15 bp for the past two weeks.

The performance of the US stock market may very well trump everything else today.  We suggested that while a selling climax/capitulation may have been on Monday, investors should await some technical reversal pattern for confirmation.  We had anticipated that today or tomorrow could be such a window, ahead of what will likely be a strong upward revision to Q2 US GDP and ahead of Fischer's discussion on Saturday at Jackson Hole.  There is a need for a strong close.  The same is generally true for the dollar. A euro close below $1.14 and the dollar above JPY120 would boost confidence that the dollar's sell-off is over.