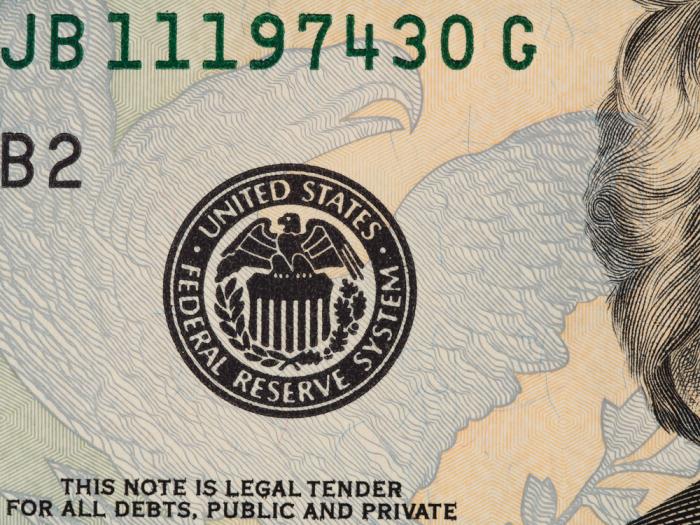 The US dollar is enjoying a mid-week bounce against all the major currencies.  It appears that participants in Asia and Europe are giving more credence to NY Fed Dudley's comments yesterday. Although many in the market have given up on a rate hike this year, Dudley reaffirmed his belief that the economy was accelerating in H2 and that the market was being too complacent.

Many participants appear confused over the talk of the structural shifts in the economy and the lower "natural" rate or long-term equilibrium Fed funds rate is lower that officials previously thought (and dot plots reflect this gradual adjustment to the Fed's thinking) on one hand, and the cyclical policy adjustment on the other.  To put it simply, just because the terminal rate on Fed funds is considerably lower than past cycles does not mean that the there is no scope to hike rates.

In addition to Dudley's comments, there was news that US housing starts rose in July instead of falling as many had expected.  It was the first back-to-back increase since March-April 2015.  It was sufficient to prompt the Atlanta Fed to revise up its GDPNow tracker to 3.6% due to the increase in residential investment.  Separately, industrial output and manufacturing were also stronger than expected.

The focus on the Fed continues with the minutes from the FOMC July meeting set to be published later today.  Tomorrow Dudley holds a press conference in NY, and there will be a Q&A session.  Still, his comments yesterday likely stole much of not only his thunder, but perhaps Yellen's too when she appears at the Jackson Hole confab later this month.

The dollar frayed the JPY100 support level, falling to almost JPY99.50 before bouncing back.  Our technical work suggests a convincing break of JPY100 is needed to signal a new leg down that could carry the greenback toward JPY92.50.  The dollar reached JPY101.20 in Asia before consolidating in the European morning.  A move above yesterday's high (~JPY101.30) is needed to begin repairing the technical damage.

Japanese officials are more concerned about the pace of movement rather than a specific level.  We think suggestions that a break of a level such as JPY100 or JPY95 as a trigger for intervention is misguided.  A slow grind is preferable to a sharp move.  It gives investors and businesses time to adjust.  One-month implied volatility is near 10.6% today.  The 50-day average is near 13.1%, and the 100-day average is 12.2%.  If market conditions earlier this year did not win over support for Japanese intervention by its G7 partners, the recent price action will not.

The biggest surprise of today has been news that the UK claimant count fell in July.  The 8.6k decline contrasts with expectations of a 9.0k increase.  Other details are reported with an extra month lag.  Employment in the 3-months through June rose by 172k; considerably better than the 150k expected.  Earnings growth with and without bonuses also ticked up to 2.4% and 2.3% respectively from 2.3% and 2.2%.

Sterling had eased to almost $1.2865 at start the week.  After holding the low yesterday, it staged an impressive recovery back above $1.30.  It extended those gains to $1.3070 today, its highest level since last Wednesday.  It is not clear that it can sustain the foothold above $1.30, in the face of a broader US dollar bounce.  Look for it to hold above $1.2950.

The Antipodean currencies are the weakest performers today, and this is despite as expected wage growth in Australia and a strong jobs report in New Zealand.  The Australian dollar is off nearly 0.9% and is testing a retracement objective near $0.7630.  Below there, the next corrective target is near $0.7595, which corresponds to another retracement target and the 20-day moving average.  It has not closed below this moving average since July 28.

For its part, the euro is faring well despite the US dollar's recovery.  The single currency's pullback has been minor.  It has found support around $1.1250.  A break could see another half cent push, but this does not seem particularly likely.  Some think yesterday's gain are a breakout.  Specifically, the downtrend line from the early-May highs and the late-June highs was convincingly violated yesterday ($1.1250), including on a closing basis.  The euro has held above the trendline today.

Elsewhere we note that there was a lukewarm response to news that a Hong Kong-Shenzhen link will be established by the end of the year.  The Shenzhen Composite rose 0.3%, while the Shanghai Composite was flat.  The PBOC fixed the dollar weaker earlier today at CNY6.6056, its lowest level since June 24.  However, it appears that the month-long dollar downtrend against the yuan may be over.  We don't see the dollar falling through CNY6.60 on this move.

Dollar Snaps Back is republished with permission from Marc to Market