Even in the U.K. a Higher Minimum Wage is no Panacea 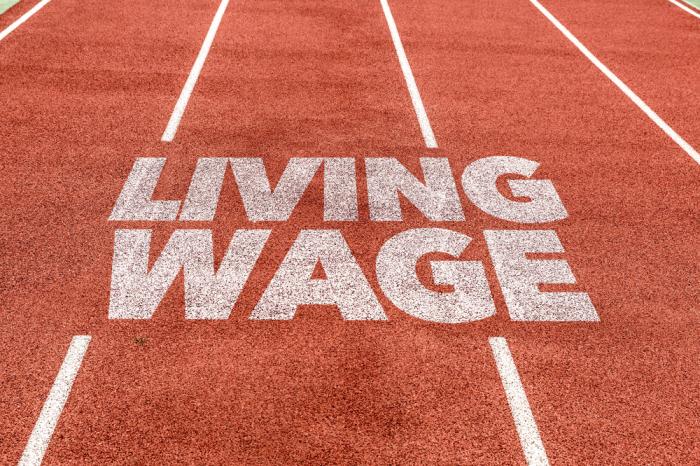 As of April 1, the UK’s new National Living Wage (NLW) means a compulsory pay rate of £7.20 an hour for over-25s. Some see it as little more than a clever piece of branding by George Osborne, an addition of only 50p per hour to the existing National Minimum Wage (NMW). After all, it still falls well short of the £8.25 voluntary accredited living wage outside London – which is based on my research on actual living costs – let alone the £9.40 London rate.

Yet the advent of the NLW marks two historic shifts: the first of which is a big change in the aim of the minimum wage. In 1999, the Labour government first introduced the NMW, at a cautious £3.60 an hour compulsory minimum. The move met with fierce opposition from the Conservatives, who were against any state interference in a free labour market.

The NMW created a bottom “floor” to avoid clearly exploitative pay, but it did little to alter overall pay inequalities. Under the watchful eye of the Low Pay Commission, the NMW has grown under careful constraints, to avoid any threat to employment in an economy that’s better at creating relatively low-paid jobs than most of our European neighbours.

In contrast to this cautious approach, Osborne’s NLW makes a virtue of creating a “higher wage economy”, with a wage floor relative to average pay, which is forecast to be in the top quarter of similar countries by the time the NLW exceeds £9 an hour in 2020. The policy could have unintended consequences, including some reassignment of low-paid jobs to under-25s, who are not covered by the new NLW requirements.

However, the bigger picture is that a Conservative chancellor is seeking to end our low-pay culture by legal means: a breathtaking turnaround.

The other significant shift is the accompanying message from Cameron and Osborne that higher wages should go hand in hand with “lower welfare”. This is a new departure from the previous “cut welfare” rhetoric, which until now has been focused on limiting what benefits you can get from the state if you are not working.

For nearly half a century, UK governments have been offering in-work benefits to families with children who work on low incomes. In the past two decades, these payments (in the form of tax credits) have grown a great deal, as a way of “making work pay” – even for those with low-paying jobs and high childcare costs. Now, the present government wants to reverse the growth in these payments, by telling employers to pay decent wages and cutting taxpayer support.

Iain Duncan Smith’s biggest and most legitimate grievance with George Osborne is that the chancellor’s cuts to in-work benefits fatally undermine the basis for Universal Credit (UC). The UC scheme, which was devised to merge a range of welfare benefits into a single payment given directly to individuals, became Iain Duncan Smith’s flagship. It was intended to reward people who sought out employment by topping up low earnings – even for those with only a few hours of work per week.

This policy has now been reversed. The result is that a lone parent, who would (at best) have had no reduction in benefits on up to £8,800 a year of earnings under UC, will now have them reduced by £2,600 due to the latest round of cuts. This change does the reverse of making work pay: even taking account of higher minimum pay, it leaves low-income working families worse off. In addition, despite Osborne’s climbdown on cuts to tax credits last year, his cuts to UC remain untouched.

“Higher pay, lower welfare” – as Osborne is applying it – is in fact deeply flawed. If all he had done was introduce the NLW, this would have cut the in-work “welfare” bill – simply because people getting more adequate pay need less support from tax credits or UC, and the system rapidly withdraws this support as earnings rise.

However, cutting means-tested support for families at a given level of earnings inevitably makes people at those earnings worse off. In-work poverty is not just a product of low hourly pay: short or erratic working hours and high childcare costs are just as important. In addition, someone on tax credits getting today’s 50p an hour pay rise may see only 13p of it after paying tax and having their benefits reduced due to higher pay. Combined with the planned cuts, this will leave many families far worse off by 2020.

Of course, pay is not irrelevant to improving family living standards. A system in which employers were allowed to pay almost nothing in the knowledge that the state would top up working incomes would feel unjust and unaffordable.

But the current move towards higher minimum wages could make it more affordable for the government to maintain – rather than cut – support for people still in need, because having more people with higher earnings will automatically reduce the welfare bill. In other words, ensuring that working families have enough income to make ends meet should be a shared responsibility between employers and the state.

See also: There is More to the Minimum Wage than a "Living Wage"