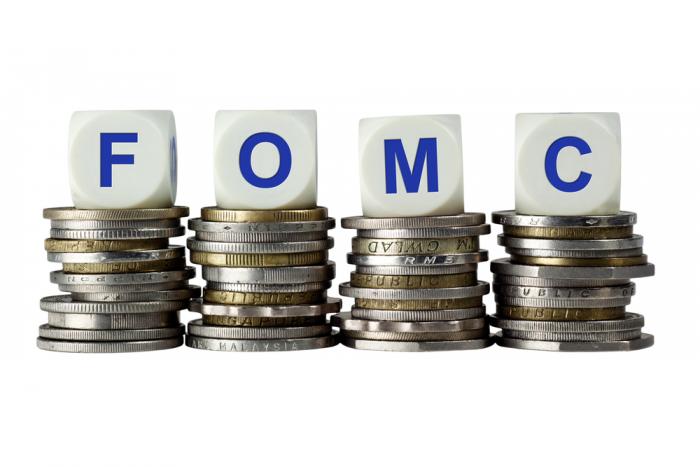 The US dollar is broadly mixed as attention turns to the FOMC statement later today.   The most important development has been the unexpectedly large oil inventory build reported by the API ahead of today's government estimate.

The 11.4 mln barrel build is the largest in nearly two decades.  To put the rise in perspective, consider that the US output is around 9.2 mln barrels a day.    The news keeps the price of crude volatile, and yesterday's $1.10 increase in the March light sweet contract has been completely unwound today.

This is turn has weighed on the oil-sensitive currencies, like the Canadian dollar and Norwegian krone.  The US dollar recorded an outside down day against the Canadian dollar.  It traded on both sides of Monday's range and finished the North American session below Monday's lows.  While this is often a seen as a bearish technical development, the retreat in oil prices has sapped the interest in follow through selling.   There is near-term scope for the greenback to test the CAD1.4200 area.

However, the weakest major currency today is sterling.  It is off  0.4%.  Some are linking sterling's decline to the poor performance of its equity market, and in particular, the materials sector (-2%) and financials (-1.2%), though, in the declining session, the FTSE is faring the best among the markets.  Perhaps it is best understood in the context of yesterday’s strong gain.  It posted an outside up day against the dollar, but here too there was not follow through buying.  Support is seen in the $1.4240-$1.4270 area, with a break signaling a return toward yesterday’s lows near 1.4175.

The euro reached its best level against the Swiss franc yesterday since the SNB lifted its cap on the franc in the middle of January last year.  Although the euro is holding well above CHF1.10 today, there have not been any follow-through gains.  There is some confusion in the market as to what is fueling the franc weakness.   There is some speculation that the SNB could be pushing the franc lower to prepare for additional ECB easing in March.  It is difficult to confirm the talk, but next week’s sight deposits will provide some clues.

At the end of last week and the start of this week, the euro was flirting with the lower end of its range, slipping below $1.08 briefly.  There has moved off the floor, but thus far, this is the fourth consecutive session it has stayed below $1.09.  On one hand, it is difficult to get excited about long euro positions given Draghi’s signals.  On the other hand, many are looking for a dovish FOMC statement today.

Today’s FOMC meeting was never really considered a live meeting, in the sense that after the December hike, there was practically no chance of a follow-up move today, even if the data had been better and the markets were not as volatile.    Whatever gradual may mean to the FOMC, it does not mean a hike at two consecutive meetings.

Many observers see the dovish tone to be expressed by the recognition that the economy appears to have slowed to less than 1% annualized pace in Q4 (report Friday), and the decline in market-based measures of inflation expectations.  The Fed is also expected to note the turbulence in the capital markets in recent weeks.    Nevertheless, we do not expect the FOMC, which is data-dependent, to say anything that rules out a March hike.

The key piece of economic data that has been reported since the December FOMC meeting was larger than expected increase in the nonfarm payrolls.  The Fed’s leadership embraces the Phillips Curve.  Provided the slack in the labor market continues to be absorbed, they will be “reasonably confident.”    The March Fed Funds futures contract is implying an average rate of 39.5 bp compared with a recent average of about 36 bp.  That said, we note that last Friday was the first time that the average effective Fed Funds rate moved above the middle of its 25-50 bp range.  Remember in calculating the average rate, the Friday rate counts for three days.

Shortly after the FOMC statement, attention will turn to the Reserve Bank of New Zealand.  Following the soft inflation report, many expect the RBNZ to be dovish but hold off easing policy.   The New Zealand dollar is essentially flat this week so far, hovering around $0.6500.  It has been no match for the Australian dollar.  The Aussie has gained 2% against the Kiwi since the middle of the month.  Almost 0.5% is being recorded today after Australia reported slightly firmer than expected Q4 CPI.  The 0.4% increase lifted the year-over-year rate to 1.7% from 1.5%.  This matches the Q4 14 rate and represents a stabilization after falling to 1.3% in Q1 15.

There is a potential head and shoulders bottom in the Australian dollar.  It is toying with the neckline near $0.7050.  A convincing break of the neckline would give a measuring objective near $0.7250.   This seems to be a bit of a stretch.  We would peg nearby resistance near $0.7080-$0.7100.

See also: Please Exit Calmly and in an Orderly Fashion